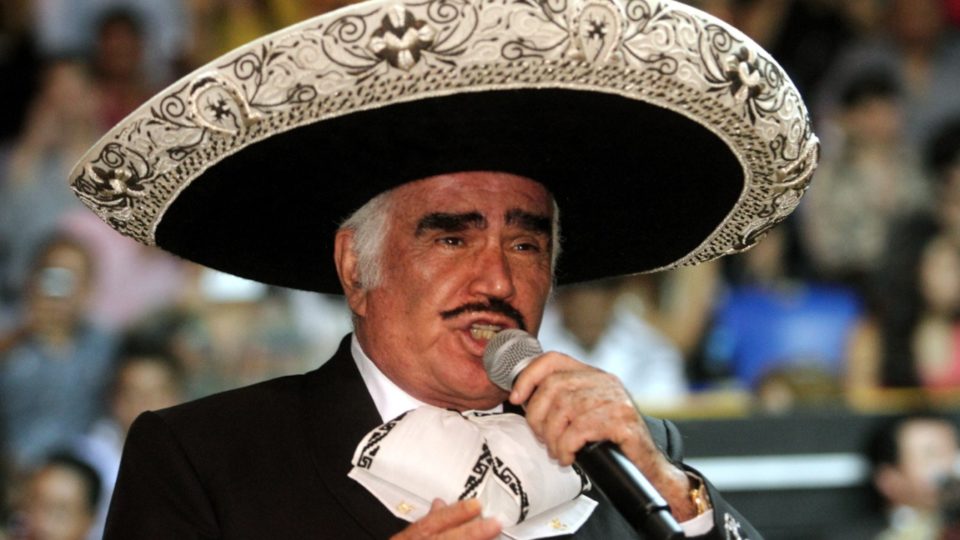 I have grown up listening to what many call “Mexican Music,” but in reality it should just be music because that’s exactly what it is. The lyrics are just in Spanish. I thought I would show two different types of music that many Hispanics and Latinos listen to: Regional Mexican and Reggaeton.

Regional Mexican music includes Banda, Ranchera, Mariachi, Grupero, Conjunto, Tejano, Nortena, and Sierrena. All of them sound different even if you don’t speak Spanish. Adults typically listen to this music but a lot of different bands have a following of teenagers.

Reggaeton has influences of Jamaican dancehall music and Trinidadian soca such as salsa, bomba, Latin America hip hop, and electronica. The vocals include rapping and singing with the lyrics being in hip hop style. Most of the time this type of music is also attributed with the name urban music. This type of music is generally listened to by teenagers.

If I were to talk about every single band/group/performer who sings regional music, then we would be here for days… maybe months. So I’m going to pick  three different bands/performers who are recognized as big names in their type of music.

First up for regional music? It is Los Tigres Del Norte and they are a norteno-band (northern band). Which makes sense because their name literally translates to “The Tigers of the North.”

Couples generally dance to their music at parties such as baptisms and quinceaneras and they are great to listen to and sing along. In fact, I am currently singing along to “La Puerta Negra” which translates to The Black Door.  The band has been around since 1968 and currently includes members Jorge Hernandez, Hernan Hernandez, Eduardo Hernandez, Luis Hernandez, and Oscar Lara. They started the band when they were teenagers and they are one of the most recognized bands in the Hispanic/Latino culture.

This band has been around since 1965. They named themselves simply Banda El Limon (Band of Lemon) before changing their name to La Original Banda El Limon (The Original Band of Lemon). They have a total of 2 vocalists, 3 trumpet players, 2 harmonies, 1 drum player, 1 tuba player, 3 trombone players, and 4 clarinet players, one of which is Salvador Lizarraga himself. They have been nominated for many awards and in recent years have won awards such as Best Band of the Year(2010), Best Regional Mexican Artist(2012), Best Latin Song of the Year(2012), Regional Mexican Artist(2013), Best Album of the Year(2013) and a Latin Grammy for Best Regional Mexican Song(2013).

A performer who is well-known and adored by many is the famous Vicente Fernandez. He has been nicknamed “El Rey de la Cancion Ranchera” which translates to The King of Ranchera Song. Vicente Fernandez is what you call a legend and has the career to prove it. He also has a Star on the Hollywood Walk of Fame.  He has been performing for over 35 years and has won 2 Grammy Awards, 8 Latin Grammy Awards and 14 Lo Nuestro Awards as well as other awards. The name Vicente Fernandez is well known in Hispanic/Latino circles but he’s also known in the United States as he has consistently sold out concerts over his career.

One of the reasons why I enjoy listening to Vicente, or “Chente” as my uncle calls him, is because it’s pretty fun to try to lip sync his songs. My favorite songs to listen to are “Para Siempre” (Forever) and “Estos Cielos” (Jealousy) mainly because they were songs used in one of my favorite telenovelas, but also because of the lip sync thing.

Regional Music has countless artists who perform the different types of music styles. While regional is listened to by pretty much all ages, the chances of seeing adults listening to different types of reggaeton is slim but I’m sure you can find them.

First up for reggaeton? It is Daddy Yankee, one of the most popular reggaeton performers and a Puerto Rican who has been performing since 1992. His real name is Ramon Luis Ayala Rodriguez but Ramon doesn’t sound as cool as Daddy Yankee, at least in my opinion. He is a singer, songwriter, producer, and actor.

Daddy Yankee, according to his Wikipedia page, has sold over 18 million albums. His type of music makes you want to get up and move to the beat. His most recent tracks with other artists are pretty good. One of his older songs, “Gasolina” (Gasoline) is one of my favorites songs but he has many more that are just as good and probably better.

It isn’t only men who are in the reggaeton business. Ivy Queen or as she has been referred to, The Queen of Reggaeton is a Puerto Rican reggaeton performer.  While there are other female reggaeton performers, Ivy Queen is the most famous of all of them. She began her solo career in 1996 but didn’t reach fame until 2003. Martha Ivelisse Pesante Rodriguez is her real name but Ivy Queen sounds a lot cooler than Martha. She has had a total of 43 nominations for awards over her career and has won a total of 22 of those. In the majority of her nominations she has been up against only men, so for her to win those awards is pretty great.

There are some reggaeton performers who perform in a duo. One of my favorites was Wisin & Yandel but they have been on a hiatus since 2013 so they don’t count anymore. My second favorite duo is Chino y Nacho. The duo is made up of Jesus Alberto Miranda Perez (Chino) and Miguel Ignacio Mendoza Donatti (Nacho) who were both born in Venezuela. I personally think Chino & Nacho sounds cooler than Jesus & Miguel but to each their own. In 2010, they won a Latin Grammy for Best Urban Album for Mi Nina Bonita (My Pretty Girl).

Their song “Nina Bonita” even has this dance move where you make your hands into a heart shape and wave it over your head when they sing “Aqui hay aaaammmooooorrr” (Here there is love). Obviously when they sing it, it sounds cooler and I know this move because I may or may not have done it at my quinceanera.

One of the best things about reggaeton performers is that during the song they will, without fail, say their name. Which is always helpful for when you listen to a random song on the radio and you don’t know who sings it. Just wait until they sing their name, they will. Usually.

A fact that is important to note is that while many call it “Mexican Music” it isn’t only Mexicans who perform the music nor is it only Mexicans who listen to it. I should also note that regional music and reggaeton aren’t the only types of music out there, there are others. Music is an attribute of someone’s culture. If you call it “Mexican music” you are saying that Puerto Ricans, Venezuelans, Guatemalans, Colombians, Cubans, Salvadorans, Hondurans, and others don’t have their own music. You can’t call it Spanish music either and the reason for that is that Spanish music exists in Spain. The appropriate term should be music but if you want to make a distinction between music in English and music in Spanish. I guess you could say Hispanic and Latino music, too. Regardless of what it is called, it is and always will be the music of many cultures within the Hispanic and Latino culture.

This is the fourth article of the column titled “Living in White America.” Every month there will be a new article discussing how one immigrant group, Hispanics/Latinos, live in America. This column will have articles dealing with anything and everything that concerns Hispanics/Latinos, this could include political and social talks. Some articles may discuss a culture of a different Hispanic group and interviews with a variety of Hispanics /Latinos will be added as well as interviews with non-Hispanics asking for their opinion. Discrimination against Hispanics and Latinos has gone on long enough and now it’s time people get a look into a world they dislike so much.