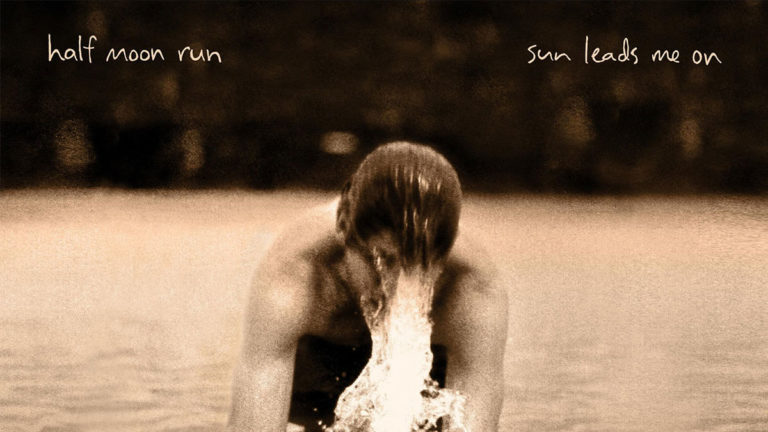 Released October 23rd, 2015, Sun Leads Me On is Canadian rock band Half Moon Run’s second studio album. Members Devon Portielje, Conner Molander, Dylan Phillips on vocals, and Isaac Symonds make impressive use of a wide array of instruments and occasionally haunting harmonies. Filled with laidback, folksy tracks, Sun Leads Me On is a great album to put on in the background while sipping tea or hanging with friends.

Overall, Sun Leads Me On had me hooked. While tracks like “Consider Yourself” and “Trust” were a little funkier than the rest of album, there was a general sense of cohesion that I really enjoyed.

What I liked the most about this album is that Half Moon Run is able to marry the charm of folksy rock with contemporary riffs and instruments to make fresh, irresistible tracks. “Turn Your Love” has a familiar, steady guitar line under airy harmonies and killer keyboard riffs. “Hands in the Garden” has similar features, but with a more psychedelic feel.

Even though the band uses a similar approach to each track, they’re able to do it with so much variety for every track that the listener is never bored. “Warmest Regards,” “Devil May Care,” and “I Can’t Figure Out What’s Going On” were a bit too on the folksy side for me, but they still serve as examples to the great variance and flexibility of Half Moon Run.

That being said, “Everybody Wants,” “Narrow Margins,” and “The Debt” left me wanting more. These are four extremely talented guys, so to have songs on the album that don’t make full use of their musical skills is a shame. I suppose it’s nice to have more chill tracks to balance out the high-energy vibe of the rest of the album (or intense, in the case of “It Works Itself Out”), but I just felt underwhelmed.

The title song “Sun Leads Me On” was, thankfully, amazing. It had just the right amount of low-key intensity to keep me interested without making me feel too overwhelmed. The title track also had some powerful lyrics like “I loathe to lose anything/I’ve chose to refuse many things” and “I have gone, but forever I remain/To be changing while the sun stays the same.” The lyrics in this track are few, but the message of change and moving forward speaks volumes.

There was one track that stood out from the rest of the album in a pretty peculiar way. “Throes” is a fifty-four second piano solo, and it is absolutely beautiful. It sounds classical and contemporary at the same time, and evokes a sense of nostalgia. Closing my eyes, I could see trees and birds, blue skies and small creeks…that was, until the Spotify commercial rudely interrupted me. That fifty-four seconds really sneaks up on you.

Overall, Half Moon Run has serious talent. You can find both of their albums on Spotify or check out Sun Leads Me On below: