Lucas James is a musician from Melbourne that is new to the scene. His debut album is “Long Way Back Down” was published by Leroy’s recording. Since he is so new, there isn’t much information on him yet, but I have a feeling that will change shortly. I could definitely see James becoming a huge hit. His voice sounds like a mix of John Mayer and Gavin Degraw; but don’t worry, it is still unique. I would not classify his music as “classic mainstream,” but I also wouldn’t call it crazy alternative. I think his music is the perfect mix of the two.

The Young: This song starts off with a beautiful saxophone solo, which is then followed by an upbeat snare drum tempo. Vocals don’t come in until about thirty seconds into the song and when they do, it sounds like the voice is far away.

I really enjoyed the instruments on this number, I especially like how the song started off with them in the spotlight. I don’t think this happens enough. The song wouldn’t be what it is without them so I appreciate the artist showing them off for a bit.

The rest of  the song left me speechless. It was so catchy and upbeat that I don’t think my words could do it justice. I would recommend this song for anyone in a dancing mood. Even if you aren’t a dancer, I would be surprised if you didn’t catch yourself nodding to the beat.

Long Way Back Down: When I first heard this song I imagined a bad boy dressed in all black, with Ray Bans on, getting off his motorcycle in slow motion while girls swoon over him.

This song sounds a little darker than the one before it, but it still has hints of a saxophone like the former. The bass guitar is the instrument that sticks out the most in this song. It helps to make the song more intricate.

Oh Calico: This song is a love song about a girl who lives in Calico that the narrator is in love with.

This song is nice and the artist’s voice is wonderful, but it did not stick out to me that much. I think this song is less unique than other and I would say it more mainstream.

Out of all the songs, I would say this one is the most mainstream. It is a good song and I would listen to it, but it would not be my first choice.

So if you enjoy either of these artists, you may like this song. 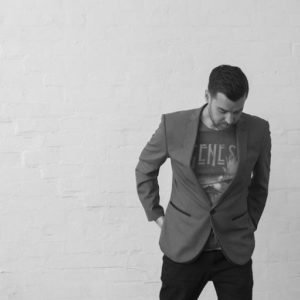 Yesterday’s Not Far Ahead: The beat of this song is very upbeat like the first song of this album. The first time I heard this song I couldn’t help but tap my foot along.

This song also reminds me of Gavin Degraw. I am personally a big fan of him, so I think that makes me like this song even more. I didn’t care for the lack of instruments solos in this piece that he put in the others. When he does that, it really adds to the song, so that was missing from this one.

Bittersweet Wine: This song is the slowest one on the album. It is the only one that has no vocals. Without the words, it really makes you think what the message is.

The way the song ends is dope. It just begins to fade with about thirty seconds left and the last ten seconds is pure silence. The silence really lets the listener think about what the piece was trying to say.

If you don’t enjoy songs that is only instrumental, I would not recommend this for you.

Lie Pistol Love: This song is slow like “Bittersweet Wine,” but this one has vocals. The vocals in this piece stick out to me more than in the other songs.

James uses crescendos and decrescendos through out, which makes it powerful. The build up in this song tugged at my heartstrings the first time I heard it and gave me goosebumps.

If you are looking for an empowering song, I would check this one out.

The Only Real Thing: The only thing I enjoyed about this song was the chorus. I did not think it had much to give instrumentally, except for the chorus.

The lyrics were beautifully deep, but it is hard to understand them and they are not given enough support from the instruments.

I would still recommend this song, but I don’t think the listener will get much from it until the chorus.

That Sound: This reminded me of a song that should be played on a Christian station. It wasn’t the words that made me think this, but more the beat.

The song did not strike my fancy but I did like the ending. He used a instrument solo, like he did in the songs at the beginning of the album. The end was the best part of the song, in my opinion.

He picks the most interesting instruments to use. That is what sets James away from other artists. He doesn’t focus on only his voice and his lyrics, but also the music that accompanies all of that. He gives it power that most musicians don’t.

The titles in this album really caught my attention. I liked how the titles ranged from simple, vague words to odd combination of words that you wouldn’t normally put together. The titles give this album an edge, it intrigues the listener to see what they mean.

I thought this album was excellent, but I got less impressed with it as it continued. The songs at the beginning were very unique and different and then as I neared the end, I noticed the songs becoming more mainstream and blah.

If you are into mainstream music, I think you would enjoy this album. I think all the songs are good, but I think the artist has the capacity for more fun and different music.

You can also listen to his album on Spotify or buy it on iTunes.