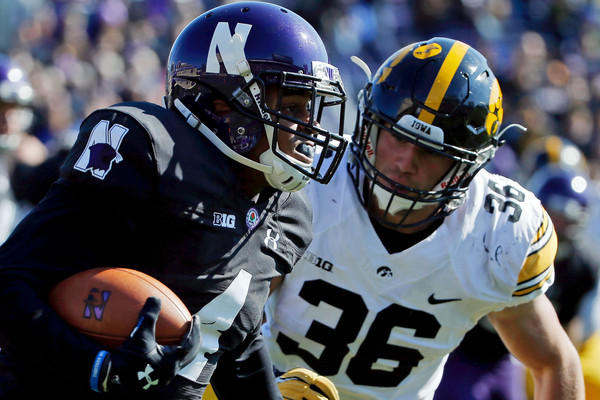 Los Angeles– It’s officially Rose Bowl week for the 102nd time. At this point, everybody knows the matchup. Iowa (12-1), the champion out of the Big Ten’s West division and Stanford (11-2), the Pac-12 champion, will smash heads on New Years Day in Pasadena, California.

When the nation looks at this game, the majority will say that the Hawkeyes and Cardinal are similar in style, and they’re right. Both programs play smash mouth football and like to win games at the line of scrimmage. Both programs are lead by great quarterbacks in Iowa’s CJ Beathard and Stanford’s Kevin Hogan.

But what the majority may be overlooking is an attribute that can be a key concept to having a successful season: team chemistry.

“I tell people that we have the closest locker room, the tightest-knit family,” said Hogan, who’s thrown for 24 touchdowns this year.

If you take a look at the Cardinal roster, they have athletes from all over the United States. “We’re from all over the country, Hogan said. “So many different cultures, backgrounds. We feel like there’s a certain formula that brings us together and allows us to mesh, and we believe in that.”

Iowa has a formula as well. Developing under-recruited guys into a team that turns a bunch of individuals into one working unit. “We don’t have the same type of talent that other teams have, definitely not the four and five star recruits,” senior linebacker Cole Fisher said. “When you get the right group of guys that just really play well together as a team and seem to mesh, the power that that can have day to day is special.”

Be sure to stay dialed in to KRUI 89.7 all week long as Austin Bramley and Jeremy Meyer will be live from the L.A. Hotel Downtown every day at 1pm central time. They will also be tweeting from @KRUISports all week for live updates from press conferences and bowl game events.