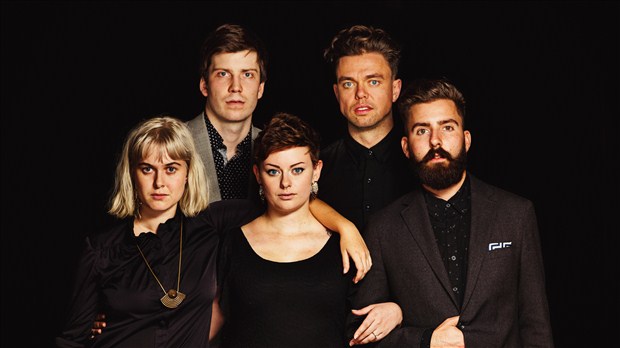 Vessels is the fourth album created by the Canadian band, Rah Rah. The album was dropped by the indie rock group on September 11, 2015, and has met moderate success. Rah Rah combines a strong baseline and vocals with a differing guitar sequence on each track of the album to find a unique balance of sound. As an added bonus, most of the lyrics on this album are understandable to the average scrub human, which is saying a lot for an indie rock record.

The first song of the album is entitled “Be Your Man,” and is potentially the most successful track of Vessels. This track begins with a fun pairing of trap set and continued guitar. While the male vocals are shoddy at times, the female backup vocals are right on point and really add to the track. The lyrics of this song are sensical and are a nice addition to the fun vibe.

“Chip Off The Heart” is the second track of the album and starts right off the bat with really clean female vocals. After listening to the male vocals of the last track, this is refreshing. This song gets a little repetitive as the chorus is simply Just another chip, chip, chip off the heart repeated about a thousand times. Despite this, the track is upbeat and fun to listen to.

“A Love That Sticks” is the third track of Vessels and begins with the same slightly sketchy male vocals of “Be Your Man,” but again works in the neat addition of the female vocals during the chorus. This song has some really nice guitar work that serves as backup within the chorus as well. Overall, this track is a good addition to the album, and the female vocals that come in as an accent towards the end really bring the song to its peak.

The fourth track of the album is “Fix Me,” a song about drugs and love. These are two pretty common topics in the music world, but the song maintains a driving beat and a nice balance of guitar and vocals to make it unique.

The next track up is “Wolf Eyes,” which begins with slightly haunting vocals and emphasized electric guitar. The opening and closing moments of this fifth track are catchy, easy to listen to, and upbeat, but there is a middle verse that throws the listener off. Both sets of vocals are not up to par and the strong, controlling guitar cuts out. This track is not as cohesive as it could have been.

“The First Night We Met” is the sixth song of the album, and honestly a bit painful to listen to. So much of this album relies on vocal content, and the male vocals that take over in this track are mediocre at the best moments. The wavering quality of the vocals really distracts from any other aspect of the song.

The seventh track, “All I Got Is Today,” opens with some really ugly violin/fiddle playing. Granted, the violin/fiddle is playing quietly in the background, but still, it’s ugly. This track has the same shoddy vocals as the previous track, and starts off too slow to truly be successful.

“Diamond” is the eighth track of Vessels and plays with some interesting lapsing in the guitar and drums. The vocals are slightly better here, but the lyrics are unintelligible due to some stylistic slurring. This track is not the best, but definitely not the worst of the album.

This is honestly getting repetitive, but the lead male vocalist really brings down the ninth track of the album, “Good Winter.” His pitch is never quite spot on and it really takes focus away from some of the cooler background instrumentals in this song. The same upbeat guitar/drum combo prevails in this song, but the shifty vocals discount any instrumental work.

“Surgery” is the tenth song, and perhaps the one with the coolest build. The vocals and instrumentals together are almost spooky to begin, and remain slightly haunting as the track continues. However, the beginning of this track is its only decent section. After about the first verse or so, the song experiments with a bit of dissonance and some truly odd screaming, which does not really come to a successful end.

The final track of the album is entitled, “In Space.” This was an excellent choice to finish the album with, simply because its a fun song. It has the same driving beat that many of the other songs utilize and the vocals are pretty easy to listen to. “In Space” starts as an upbeat anthem, and eventually cools off to a slow fade, which is almost symbolic of the album as a whole.

Vessels is a very good example of a cohesive album. Each and every song contains a signature blend of guitar and drums, with the addition of pronounced vocals. What really makes this record is the small variety between songs– unique use of background instrumentals or vocal blending really helped to distinguish each track from the next.

Rah Rah’s Vessels is worth giving a listen to if you’re looking some fun, upbeat tunes.