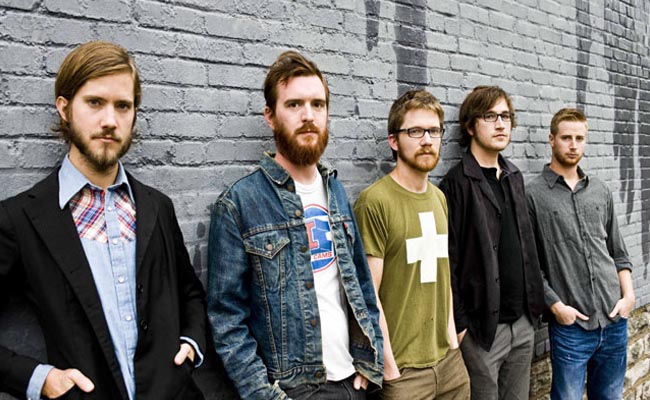 Moon Taxi is a Nashville-based band identifying as indie-progressive rock. They dropped their album Daybreaker this past October, a fall release that speaks in the language of summer in many ways.

This album serves the purpose of its title—it’s morning vibes aplenty, the perfect sound to rise and ready yourself to. It also serves as a dual-purposed album of road trip tunes, resembling music that does not restrict itself to one environment, but is a collection of sounds that can be carried out over hours in the car without invoking boredom.

The album kicks off with the theme of “someday, out of the dark we go,” in Year Zero as told by its lyrics. Supplementing that notion is the chill introduction to their sound– Trevor Terndrup’s vocals are definitely a standout feature to each song. While it downplays itself in soft comparison to the instrumentals, every word and note sounds vocally effortless.

All Day All Night, undeniably the catchiest track on the album, resembles an earlier Walk The Moon indie influence at times. While these similarities exist in the track’s drum and guitar stylings, they are softer and simpler in tone, and certainly still groovier in vibe. This is present in several other songs as well, such as Make Your Mind Up.

Run Right Back and Savannah have similar getaway vibes, bringing forth an ever-present theme in this album of the aforementioned road trip feel. It is tracks like these and carefully catchy guitar parts in Ready To Go, which make this album an easy and enjoyable listen.

Though it still keeps relatively low-key, Who’s To Say is one of the more aggressive songs on the album, lyrically and instrumentally. This makes the dreamier following song, Always, a peaceful juxtaposition to the previous track. Its calming nature is pleasant and most representative of melodic daybreak. This same feel is present in the following track, Domino, in addition to some of the mellow angst that was heard in Who’s To Say earlier in the album.

Red Hot Lights stands out with a deeper, darker sensation, embracing softer bass drum that paddles rhythmically throughout the song. It also is reminiscent of later Arctic Monkeys in its dirtier rock guitar phase, making for a good rock component.

We’re brought back to the sunrise breaking out over the horizon one last time with the concluding track on the album, Rooftops. “We spent the night on the rooftops” loops back around to the thematic daybreak, pulling the entire album together in a final melodic reverie.

Daybreaker’s element of escapism paired with the upbeat melodies evoke a sense of comfort that can only be truly described by the songs themselves. Overall, I find no hesitation in recommending this album to friends and fellow lovers of music. I’ve considered maybe even taking it back to the good old days and burning these simply catchy jams onto a CD for all my future road trip needs. I suggest you do, too.

Stream Daybreaker on Spotify, or buy the album on iTunes.