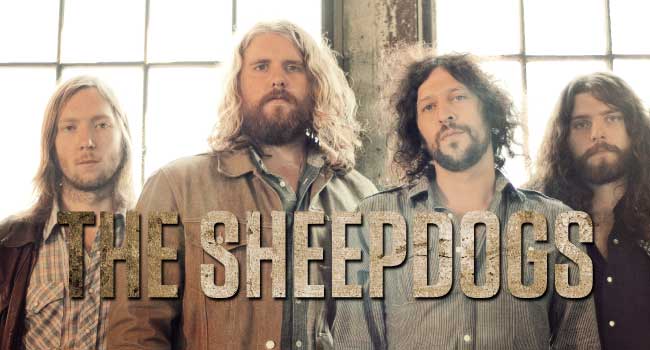 The Sheepdogs are a Canadian rock band formed in 2006. In 2011 they became the first unsigned band to make the cover of Rolling Stone magazine. The band has since grown in popularity in Canada and the United States. Here are my thoughts on their latest album!

I’m Gonna Be Myself: This tune feels like the 70’s and 90’s had a love child that wants to grow up and become a rock ballad. It’s a nice feel-good song with driving, interesting guitar accompaniments. They have a tendency to rely on the chorus a lo,t but they build on it with compelling bridges and vocals. The song ends abruptly leaving you on the edge of your seat right when you started to groove but it just leaves you wanting more.

I Really Wanna Be Your Man: The emphasis of the chorus grows more tedious with each additional listening. I like the rest of the song far more than the chorus; I think if they toned down the chorus a little bit the song would feel stronger as a whole. Again, The Sheepdogs theme of a strong repetitive chorus with a driving bridge proves itself to be prevalent. Though the chorus started to irk me, it also got stuck in my head and had me humming the tune for days to come.

Downtown: This song feels like a classic rock song that got lost on a popular album; I don’t want to give it too much credit as an amazing song. It starts with some potential but falls into the trope of relying far too heavily on the chorus. I find myself enjoying the song until the chorus starts up again and reminds me what bothers me about this track. This isn’t to say that it is a bad song, it just relies on a jarring repetitive chorus to drive home a melody that would have succeeded without it.

Jim Gordon: This song seems like a mix of a wedding singer and elevator music… In a good way. They use lamenting lyrics injected with emotions of feeling tired of dealing with a situation, “They keep telling me it gets better and it won’t be long.” The song has a great message that solidifies as the song goes on. This is a fantastic example of how a repetitive, building chorus can improve a song. The Sheepdogs utilize their stylistic approach to its fullest in this track. Easily one of my favorites on the album.

Bad Lieutenant: This song feels very Cage The Elephant/Black Keys-esque. The use strong sounds of a piano with a lilting synth bridge. I love the antihero theme, they tone down the chorus on this one, far more focus on the buildup to the chorus. They use it to transition into a synth like echo-y piano that gives the track more mystery and somehow leaves it with a feeling of importance. This is another one of my favorite tracks on the album, because it imparts a lasting impression of confidence and a roguish sense of badassery.

Jim Sullivan: This is an instrumental track lacking any substance. I wasn’t a big fan of this track, I felt it detracted from the album’s previous tone and trend. It felt more like a waste of time and a distraction than an intermission.

Back Down: This song failed to capture my attention and interest after the lulling, frankly boring, track it followed. This song feels like it could have been left off of the album without a second thought.

Help Us All: The Sheepdogs begin to herd the album back into control with this track. The interesting vocal and guitar riffs make me feel like I am in a Quentin Tarantino movie and a Western at the same time. The sultry trombone aids in drawing the listener in and giving us a dollop of soul to go with their heavy track.

Take a Trip: This song draws you in within the first ten seconds with awesome percussion takes your hand while the bass line rubs your back. It continues with compelling guitars to aid with exciting vocals. This track takes you on an adventure into the singer’s world. The Sheepdogs got the tone of this one right.

Same Old Feeling: This one had more of a honky-tonk feeling than their usual driving rock. It isn’t much of a reach for their talent but still failed to impress.

Nothing All of the Time: This is more of a calm song again; it feels like we hit the climax of the album a few tracks ago and we are cruising down now. It’s still a good song and a wonderful relief from their usual style. I wouldn’t have minded a few more tracks like this one on this album. The lyrics are reminiscent of “I Get By with a Little Help from My Friends.” The tone reminds me of a Kurt Cobain song. This is a great track!

Darryl & Dwight: This song has a great intro, and I love the beginning lyrics. Really feel like I am seeing into the mind of the singer in this song. His insecurities and failures are laid bare on this track with haunting lyrics sung with a soulful, practically pained, voice.

Where I Can Roam: This tune starts differently than I would expect from The Sheepdogs, though it’s a different style I could easily see this being a single. It’s not a bad song but the difference doesn’t completely win me over. There’s less emphasis on the chorus but the song feels like a 60’s antiwar song. 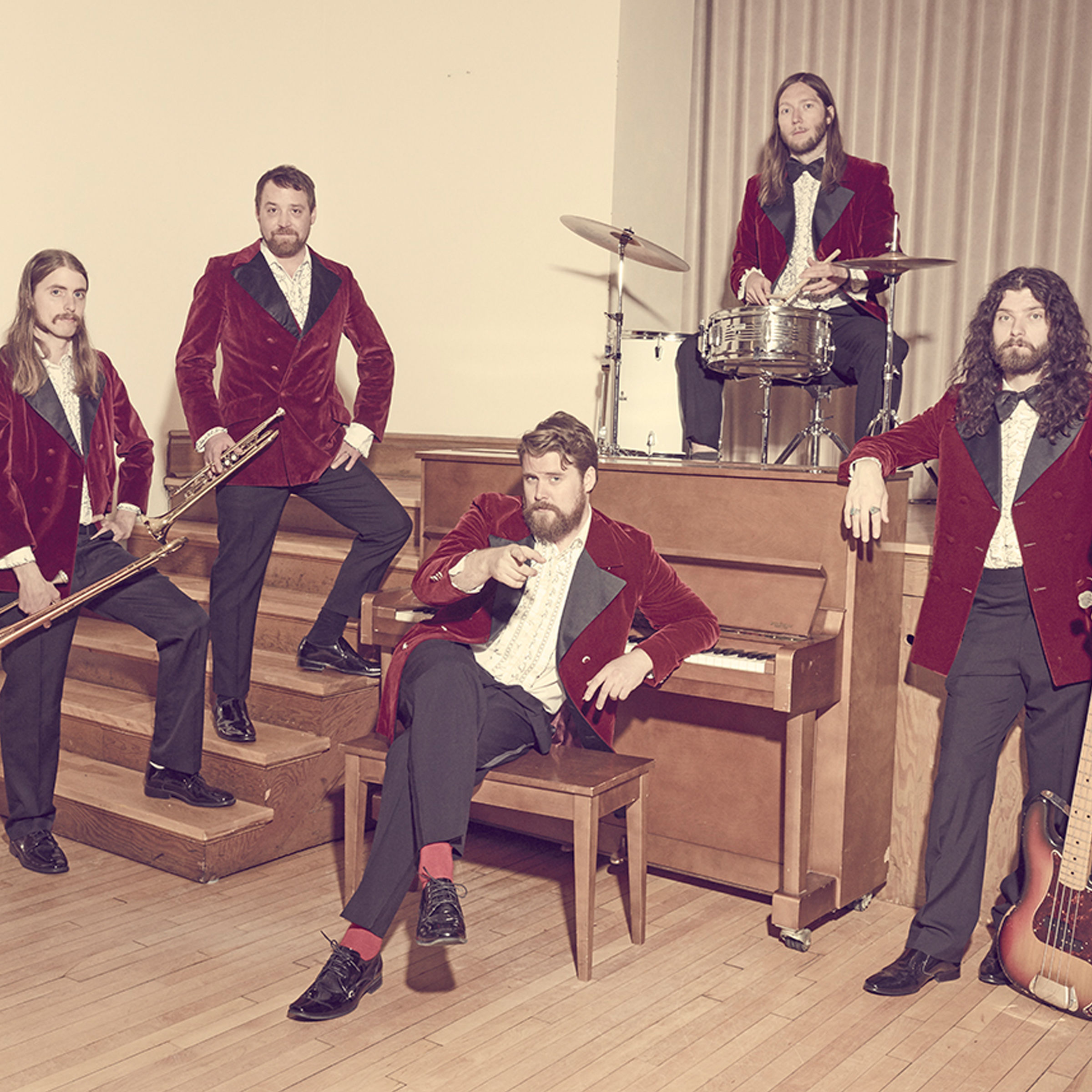 The Bridge City Turnaround: This tune feels more folk-y, and I’m not really crazy about it. I wasn’t really a big fan of the fast lyrics, and it just feels like a very rushed song. It almost leaves me feeling anxious.

Plastic Man: This sounds like one of the beginning tracks on the album, closer to The Sheepdogs typical style. It immediately reminds me of The Rolling Stones Time is on My Side. Unfortunately I’m not a big fan of this song because they rely heavily on the chorus again as the main fixture and it results in a loss of interest in the rest of the song for me.

Giving it up (For My Baby): I’m not too crazy about the drums and the guitar lines playing the same notes since they feel cheap and unnecessary. The lyrics are semi-interesting but they fail to connect. It feels like I’m listening to someone else’s life. The guitar lines have potential, but they should have focused the song around them instead of combining other guitar notes with the exact same rhythm as the percussion parts.

I Get By: This very short track (27 seconds) is still more fun and interesting than half of the other songs. It doesn’t last long but it is a perfect lead in track to the reprised Where I Can Roam. I can’t get over the perfect tie in of these two songs; they sound so well blended together that they feel like they should be combined into one track. Although these two songs were super short, I definitely enjoyed them both.

Where I Can Roam (Reprise): I like the reprise much better, far more progressive and interesting. The reprise has me waiting for every note wondering where they’re going to go next! I definitely prefer this to the original, since it’s much more uplifting and inspiring.

Downtown (Acoustic): This is a refreshing take on Downtown isn’t as vulnerable to the tropes that the original track fell into. Because it is an acoustic track the emphasis of the chorus isn’t as overbearing. It ends up being a more enjoyable track than it’s original.

Same Old Feeling (Acoustic): The change to acoustic doesn’t really change much for me. It seems more like a fun song to play with a nice group of friends than a track on a deluxe album. It doesn’t have much strength as a track to listen to multiple times for me.

I’m Gonna Be Myself (First Draft): I thought it was cool to listen to an artist’s first version of a song. In fact I actually like the differences; the change in percussion is way more fun and the bass line intermissions perfectly space the guitar licks. These are fun track to close out the deluxe album with.

Have Mercy: This song has an interesting intro and sets a retro western tone to the song. It sounds like another antihero kind of song, love the smooth sax but it ended too quickly. I think they should have ended the album on a higher note with the first draft of I’m Gonna Be Myself.

Taking a step back and looking at the complete product it was a pretty good album, the tracks that I felt were lacking added to the album as a whole and kept me listening waiting for a track that I did enjoy. I know that I will keep a few of these songs in my lineup and I hope you look into them and do the same! These guys need more publicity and only we can make it happen! Thanks for reading my album review, stay tuned for more!