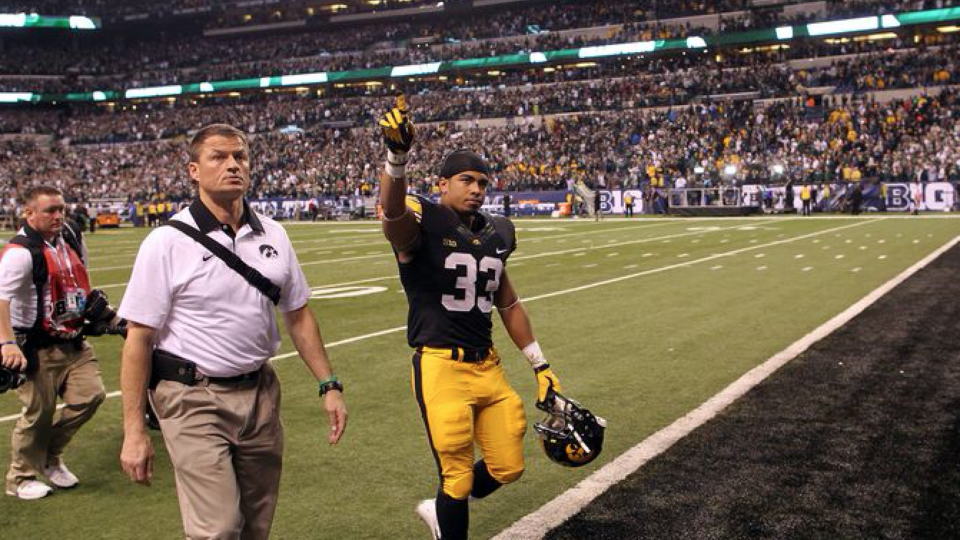 Despite the Iowa Hawkeyes 19-16 loss to the Michigan State Spartans, The Hawks have nothing to be mad about. Even though the loss stings, The Hawkeyes are most likely going to receive a bid to a New Years Six Bowl game.

With the College Football Playoff out of the question, The Hawkeyes will have to shift their focus to one of those games occur the last weekend of 2015. One place that the Hawkeyes could be going to is The Rose Bowl in Pasadena, California.

When asked if they deserve the Rose Bowl bid over Ohio State, Desmond King, Nathan Bazata, Tevaun Smith and Greg Mabin all shared their opinions and those opinions can be summed up with one word:

On the other hand, Kirk Ferentz was his usual self, saying, “That’s really the last thing that’s been on my mind all week. I think the answer is no one knows right now.”

Although the Rose Bowl would be the Hawkeyes first choice for the post season, there are a few other potential destinations.

With the first four being announced in the late morning, Iowa will likely have to wait until the afternoon to hear their fate.

The Rose Bowl, as previously mentioned, would be their first choice. The Fiesta Bowl in Glendale, Arizona would be another intriguing game as well. The 2009 Buckeyes are the last Big Ten program to play in the Fiesta Bowl.  The Texas Longhorns topped the Buckeyes by a score of 24-21.

Although the ultimate goal was not obtained, The Hawkeyes still have a bright future ahead of them. They continue on in a season which most will consider them the best team in Iowa Hawkeye Football history.