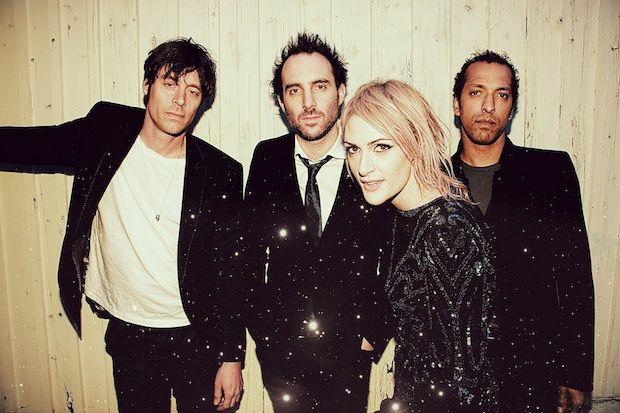 Back in September, Canadian band Metric released their sixth album, Pagans in Vegas. I eagerly took up the chance to review this album, since Metric is one of those bands I know, but only through one or two songs I really like (specifically “Help I’m Alive” and “Black Sheep“, the latter performed by Brie Adams in the movie Scott Pilgrim Vs. The World). So I was not about to pass up the opportunity to learn more about the indie, synth-pop stylings of Metric in their newest album.

My take on it? Pretty good. There are tracks I could skip on my iPod easily, but there’s an equal number of tracks on the album that I actively enjoy. Here’s a track-by-track look at the album.

Track 01 – “Lie Lie Lie”
Right away, we start with a cynical (though catchy) tune regarding fame, and the desperation that comes along with becoming a celebrity. With the title lyrics starting off the intro and making a comeback in the chorus, the first verse discusses obtaining a free lobotomy to pose on a magazine cover. While not an entirely original concept for song lyrics, where other songs might pair their lyrics with a more somber melody, Metric has synth, drum machine, and guitar to deliver a driving beat that makes Emily Haines’s vocals downright mordant. While not one of my all-time favorite songs, I’d call the track a solid opener for the rest of the album.

Track 02 – “Fortunes”
One thing I’ve noticed about Haines in this album is that she has two styles of singing: a deeper chest voice on the gutteral side, and a higher-pitched voice. In several of this album’s tracks, Haines layers these voices for an interesting effect. This effect is quite noticeable on “Fortunes”, where the vocals become almost pleading (“stay to soften the blow”) and lamenting at the same time. I don’t feel bad about skipping this track, but there are some parts I find that echo in my head on occasion – I can’t make up my mind whether I really like it, or if I’d just call it alright.

Track 03 – “The Shade”
Definitely one of my favorite songs of the album, I chose “The Shade” as a Track of the Week earlier this month. Check it out here.

Track 04 – “Celebrate”
A positive tune regarding celebrating life, throughout its ups and downs. While I enjoy the verses, which remind me of a fun dance tune, the chorus is a let-down. Instead of letting loose with something more bombastic and powerful, which the verses build up to, it slows down and loses the upbeat tone that dominating the chorus. It’s like somebody blowing up a party balloon, and letting the air back out instead of tying a knot in it.

Track 05 – “Cascades”
Another track which I’m not a huge fan of. It has a chill vibe to it, and although this was a lead single from the album with a cool music video, this is just too passive a melody for me.

Track 06 – “For Kicks”
“Why’d I have to go and break your heart for kicks?” is the question this song asks. This is one of the songs I like quite a bit, with more of the 80’s-esque synth I admired from “The Shade”, while the lyrics reflect on the troubles of romance. At times, the digital instrumentation takes on a high-pitched quality not unlike that of a violin, which I think matches the tone of the melody and lyrics rather well. While not one of my top three tracks from this album, it’s an enjoyable song nonetheless.

Track 07 – “Too Bad, So Sad”
This song is one of the most kickass songs on the album. For all my disappointment in “Celebrate”, the driving synth and drumbeat make up for it here. An interesting feature of this song is that while Haines sings the melody, backing vocals from others in the band are present in the verses, adding some extra dimension. Also it’s fun to hear Haines go “Woo hoo!” in the chorus, but that’s just my take.

Track 08 – “Other Side”
The opening voice here is surprisingly not Haines, but another band member, Jimmy Shaw, who goes on to duet with Haines for the rest of the track. Again, this serves not only as additional vocal texture, but Shaw’s voice complements Haines’s nicely. Even if I’d label the track as merely “nice”, the fusion of their voices is something I can appreciate.

Track 09 – “Blind Valentine”
I place this track in the same category as “For Kicks”: not an ultimate favorite from the album, but definitely in the top half. With a slow-but-driving beat, “Blind Valentine” is a good track, although I always get hyped at the end for…

Track 10 – “The Governess”
While not nearly as kickass as “Too Bad, So Sad”, this track joins it as one of the Top Three Tracks. Not as triumphant as “The Shade” or saccharine as “Celebrate”, “The Governess” contains a hint of dark nostalgia, alongside references to Jimi Hendrix songs. The lyrics also refer to telephones, which resonates with a eerie dial tone-like sound in the instrumental. This concept carries on in the following two tracks.

Tracks 11 & 12 – The Face, Pts. I & II
Purely instrumental, these tracks make use of synthesizer as well as, at the end of the “Pt. I”, the sound of a telephone ringing, with a cellular “Für Elise” playing before a voice tells you that nobody is available to take your call, and to please call again.  The first time I heard the ringing telephone, I had to take my headphones out to make sure that it truly was the song, not a phone ringing in my actual surroundings.  “Pt. II” has a more somber, orchestral flavor, ending the album on a bittersweet note.

All in all, while Pagans in Vegas is evenly divided between songs I tolerate, songs I like, and songs that make me go “Woo hoo!” ala “Too Bad, So Sad”, there aren’t any songs that I actually dislike. So check it out for yourself, and let me know if you agree with my take on the album.