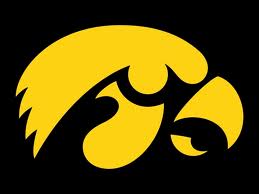 Although the Hawkeye wrestling team didn’t come home with an NCAA title this year, the hawkeyes still had a tremendous season.

Other notable accomplishments for the Hawkeyes include sending all 10 wrestlers to the NCAA tournament (the 19th time in school history), sending a wrestler to the finals of the NCAA tournament (for the 26th consecutive year), and receiving B1G wrestler of the week honors five times (2 for Sorensen, 2 for Telford, and 1 for Evans). Iowa also had 9 academic All-Big Ten in Nathan Burak, Josh Dziewa, Jeremy Fahler, Brody Grothus, Jake Kadel, Michael Kelly, Kris Klapprodt, Phillip Laux, and Alex Meyer.

Some indidual career milestones were passed when both seniors Mike Evans and Bobby Telford passed the 100 win mark this season. Head Coach Tom Brands passed a milestone of his own this season as he became the coach with the second most duals wins in school history (he is now 163-16-1) behind only Dan Gable of course.

The fans set worked just as hard as the wrestlers to get in the history books too. Iowa led the nation in attendance for the ninth straight year by averaging 8,358 fans in its six home duals. Iowa also led the nation in total attendance with 55,390 fans. The three dual meets with the highest attendance this season also featured Iowa. These were the dual meets agains Penn State, Minnesota, and Iowa State.

The Hawkeyes will graduate five starting seniors from this season, but the future is still bright for Iowa next season as the Hawks will return four All-Americans. The team also showed its depth this year with standout performances on the varsity level from Alex Meyer and Kris Klapprodt. One thing is for sure looking ahead to next year: with depth like Iowa showcased this year, no spot is safe for next year. Iowa looks to be competitive as always and exciting to watch next season.