The Iowa Screendance Festival was held at FilmScene on Tuesday night. Presented by Mission Creek Festival, FilmScene, and the Bijou Film Board, and curated by Tori Lawrence and Elizabeth June Bergman (who both had works of their own shown during the festival). The one night festival within a festival featured eight short films exploring dance and film.

Dance and film are interesting art forms to combine and play off of one another. When dance is performed in front of the camera, there are lots of things for the filmmaker to consider. What is the best way to film this dance? Should the camera move with the dancers? Should it accentuate certain moments and movements, or should it stay stationary and not risk losing some aspect of the dance? Each of these films approached these issues in unique and creative ways, and left me considering how different mediums of art can intersect and interact with one another

The first film in the festival was Sebastien Farges and Viloleta Rodriquez’s Marque d’Eau. It began with a woman dancing through an urban street, as if being pulled along by an invisible force. A child’s voice over (in French) then told a surreal and imaginative story, which the woman acted out through her dance. They camera shakily followed along, accentuating the dancer’s constant steps forward. One particularly great scene featured the woman dancing through the street barefoot, in the rain, to the sound of a child playing on the beach. The film’s focus on portraying adolescence through dance was particularly effective. 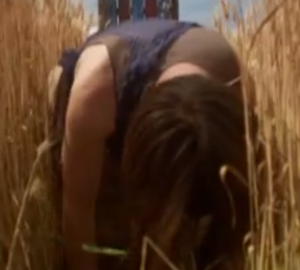 The next film was Tori Lawrence and Chistopher Landy’s Elizabeth. This film followed two women, first trapped in their respective seats before breaking free and finding each other. They then performed a dance together, focusing on physically linking their bodies together. The editing of this piece featured lots of cuts, with the camera frequently shifting its position around the dancers. This seemed to disrupt what looked like a very fluid dance, and in my opinion its use of the camera did more to distract the viewer from the dance rather than add a new dimension to it. 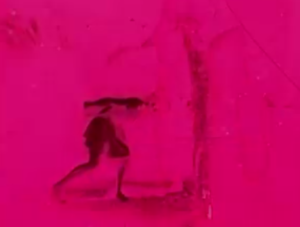 The Dizzying Crest, created by Jeremy Moss and Pamela Vail, approached the camera in an entirely different way. Shot in grainy and distorted 16mm film, the film began by playing with light, as a ballerina danced in a small shadowy space. As the film progressed, it began to experiment with the physical medium of the film. Various colors, effects, and shapes made their way onto the film strip, building in intensity until the ballerina was almost indecipherable. While the effect was certainly interesting, there dance and the film felt like two very different. 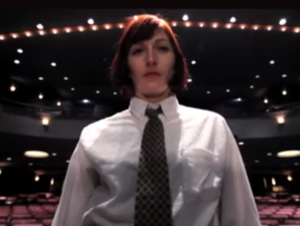 The final film I’ll discuss was Elizabeth Bergman, Kaitlyn Busbee, and Joshua Dumas’s Introspect. This film was my favorite of the festival, and was the most effective blend of dance and film. It explored the tension between various dichotomies, such as male and female, performer and audience, and groups and individuals. These themes were all explored through slick dance numbers, and stunning camera shots. There were digital effects, and perfectly positioned shots that melded flawlessly with the motions and movements of the performer. This film in particular, truly felt like a dance for the camera, rather than a dance performed in front of a camera.

Check out the rest of the Mission Creek Festival calendar here