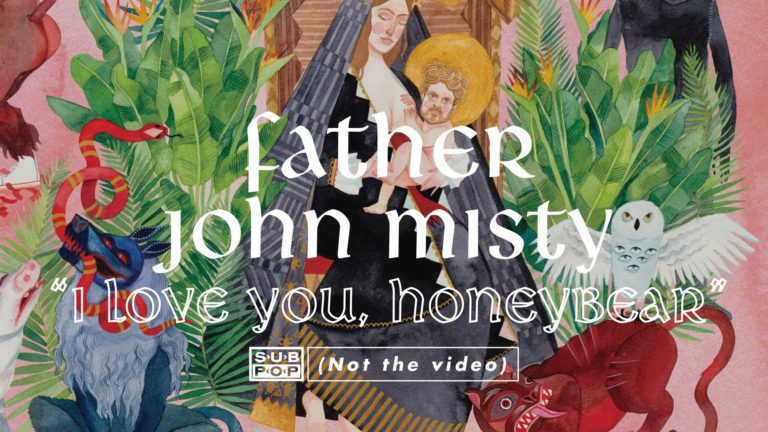 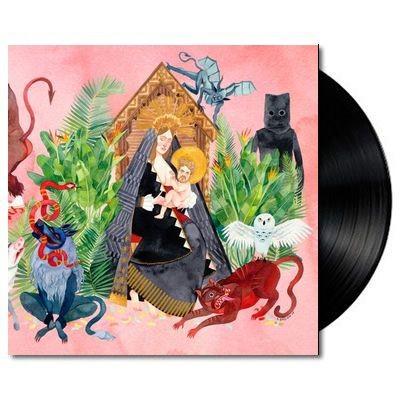 You would be forgiven for thinking that Father John Misty, AKA Joshua Tillman, has his work cut out for him musically. “Former drummer” doesn’t always translate well to “solo singer-songwriter,” but J. Tillman has quite smoothly carved out his own identity since leaving Fleet Foxes in 2012.

By his own humble admission, the 33-year-old was never going to stick with drumming for long – Tillman has in fact been writing and playing his own songs on guitar since high school. I Love You, Honeybear is his eleventh full-length album, and his second as Father John Misty.

Honeybear is a surprisingly intimate look into Tillman’s relationship with his wife, Emma. His nitty-gritty lyrics sometimes tip toward cartoonish vulgarity, but the music’s lush, folksy quality and Tillman’s whiskey-soaked vocals strike a pleasant tone throughout.

Sexual honesty is prevalent from the title track, which details the staining of “the Rorschach sheets where we make love” to a serene psychedelic-folk waltz. Drug use and talk of demonic conception are also featured, making you wonder just how deep Tillman’s tongue is dug into his cheek on this one.

“Chateau Lobby #4 (in C for Two Virgins)” and “True Affection” are two remarkably different early highlights. “Chateau” is a gently galloping ode to the giddiness of young love. Here we begin to get a disarmingly real picture of the Tillmans’ relationship – one that isn’t spattered with body fluids: “first time, you let me stay the night despite your own rules/you took off early to go cheat your way through film school/you left a note in your perfect script: ‘stay as long as you want’/I haven’t left your bed since.”

“True Affection” is a completely unexpected injection of cool electronica; a take down of digital communication’s impersonal nature. Tillman’s versatility as a musician really shines through on this track, which complements the other songs conceptually despite its outward musical differences.

Honeybear’s biggest surprise is “True Affection,” but as a whole the album is an exquisitely well-written, refreshingly honest entry in the overcrowded (overbearded?) modern folk-pop roster. Tales of unwanted come-ons at seedy bars (“Nothing Good Ever Happens At The Goddamn Thirsty Crow”) and middle-class, white-bread ennui (“Bored in the USA”) work to expand the lyrical confines beyond the story of the Tillmans and the love they’ve cultivated, but the Father never abandons his record’s conceptual heart.

Assuming the listener is of legal drinking age, this is one for a Sunday night – whiskey close at hand.

You can purchase I Love You, Honeybear on iTunes.

And even better, you can see Father John Misty yourself at Iowa City’s Mission Creek Festival! Buy tickets for the April 5th show here.