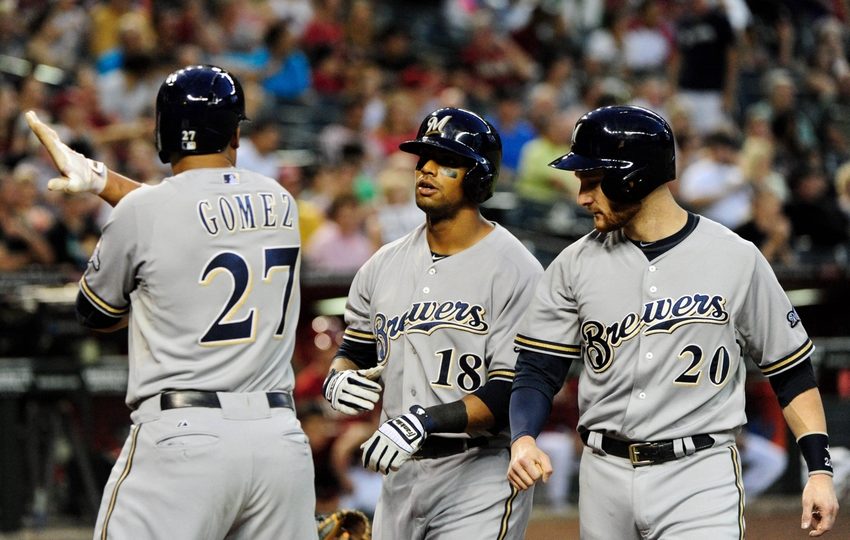 The Milwaukee Brewers were one of the hottest teams in baseball last season, heading into the All Star break. The wheels fell off the wagon during the second half of the season and they never had time to recover. The Brewers had their chance last year and lost it. Unfortunately, I don’t think they have a living prayer in 2015. The NL Central is far too strong for this average team to compete in. Let’s take a look at the Brewer’s changes heading into 2015.

The starting rotation should get destroyed over the course of the 2015 season. They don’t have an ace or even a solid number two. Kyle Lohse, age 36, will lead the staff in 2015. He finished the 2014 season with a 3.54 ERA through 198.1 innings. Matt Garza will be the second man in the rotation. He was decent in 2014 finishing with a 3.64 ERA through 163.1 innings. Both pitchers will be solid but neither have the ability to lead their team to the playoffs. Wily Peralta had a breakout year in 2014 finishing with a 3.53 ERA and picking up 17 wins. I don’t think Peralta will be as effective in 2015. The bottom half of the rotation will struggle to work deep into games.

Gennett has been great in his first two Major League seasons. He holds a .300 batting average and a .331 OBP. I think Gennett will find his power in 2015. He clearly has the ability to make solid contact and he has a relatively low strikout rate. If the Brewers could get him hitting double digit home runs, their offense might just have the firepower to compete if everything else went right. If healthy I expect:

Don’t expect much from the Brewers in 2015. The NL Central is just too strong and the Brewers lack solid pitching. It will be a long year for Milwaukee fans.