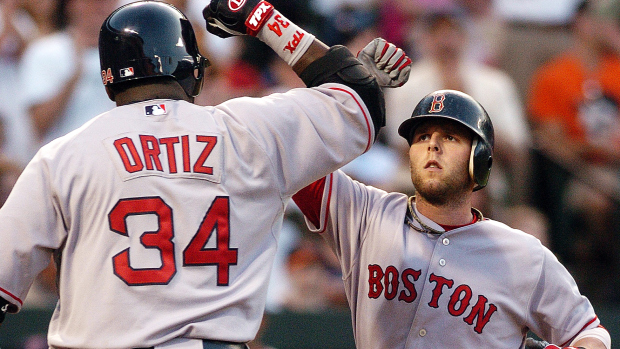 The Boston Red Sox made history in 2014 by becoming the first team in MLB history to win the World Series and then finish in dead last in their division the next season. The Red Sox refuse to come in last for a second straight season. They made a few big splashes in the offseason and will look to compete for the a division title this year. Lets take a look at the changes heading into 2015.

Everyone was shocked when the Red Sox signed Hanley Ramirez and Pablo Sandoval. The Sox announced that they will be using Hanley Ramirez as their left fielder. I have to say, I like the move. Ramirez has no business playing short and he is still an elite hitter. He’s a shortstop transitioning to the outfield and will get to play in front of the Green Monster. Hanley can’t be any worse than Manny Ramirez was. Hanley hit .283 and poked 13 home runs in 2014 with the Dodgers. Pablo Sandoval finished 2014 with a .279 batting average and a World Series Ring. Sandoval will take over at third and could be the difference maker for this team.

I really like the Red Sox’s chances in 2015. The clearly have the hitting to be a serious threat. The pitching shouldn’t be bad. I loved the move for Rick Porcello. He pitched in 204.2 innings and finished with a 3.43 ERA last season. He doesn’t produce a ton of strikeouts but he has the ability to get batters out by staying ahead in the count. He knows how to work the corners and will go deep into games. I think Porcello will love pitching somewhere where the bullpen has a chance of closing out games. Wade Miley will fit nicely in Boston where he’ll receive run support. He been durable in his first three full seasons throwing a combined 597.2 innings. Miley still holds a career ERA of 3.79 and a 7 SO9 rate. You never quite know what you’re going to get out of Clay Buchholz. In 2010 he finished with a 2.33 ERA through 173.2 innings of work. He held a 5.34 ERA through 170.1 innings last season. If Buchholz can be the pitcher he was in 2012 this year, the Sox will have a great opportunity to finish atop the division.

When I look at this team one word comes to mind… depth. They have Brock Holt, Mookie Betts, Allen Craig, Daniel Nava, and Jackie Bradley Jr. all coming off the bench. Every sing one of those guys are capable of starting for the Red Sox but instead will be used situationally. Craig offers a right-handed bat with incredible contact. He finished 2013 with a .315 batting average and 13 home runs. Mookie Betts is one of the top prospects in the game and has the tools to be a solid player in the future. Jackie Bradley Jr. struggled offensively last season but his defensive skills will keep him in the Majors. He is one of the best defensive center fielders in the game and should be put in late in the game for defensive safety. Next up is Brock Holt. Holt should be a captain in the MLB. He’s a guy who plays the game the right way and earned his way into the lineup. He is a hustle player who finished last season with a .281 batting average. Holt was given an opportunity and he took advantage of it. He earned the respect of his teammates, coaches, and fans through hustle. Hustle seems to be an undervalued in today’s game but it’s players like Brock Holt who remind us of its importance.

Masterson is already a well known name but I’m anticipating a turnaround season. He struggled in 2014 finishing with a 5.88 ERA through 128.2 innings. He should adjust well in Boston given the offensive support that he’ll receive. Masterson still has the ability to be a good pitcher and will be one in 2015. If healthy I expect:

Joe Kelly will have an opportunity to rebound from his average 2014 season. He finished with a 4.20 ERA through 96.1 innings last season. The Red Sox hope that Kelly will return to his 2013 form when he finished with a 2.69 ERA through 124 innings of work. If Kelly can give 150+ innings and keep his ERA below 4, the Red Sox will have enough fire power to win the division.

Boston is a deep offensive team this year and I wouldn’t be surprised to see a trade for another pitcher at some point before the All-star break. Their offense will be one of the best in the American League but the pitching rotation has their work cut out for them. Expect the Sox to be serious contenders in the AL East in 2015.