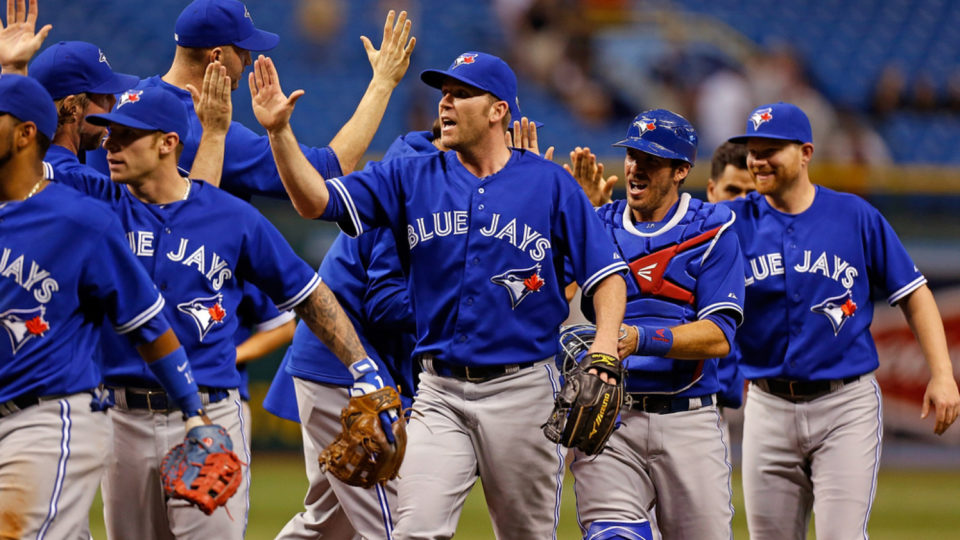 The Toronto Blue Jays made a couple huge moves in the offseason to put themselves ahead of the competition. They are looking to make their run in 2015 and might have the chance to do so due to the fact the AL East is down. They will rely completely on their hitting and they made moves to make that easier. Lets take a look at the changes heading into 2015.

There was a lot of hype around the Blue Jays heading into 2015 and for good reason. They added the bat of Josh Donaldson and the veteran leadership of Russell Martin. Donaldson has been one of the best third basemen in the league the past two years. He finished 2014 with 98 RBIs and 29 home runs. He held the .456 slugging percentage to go along with his 31 doubles. Donaldson will fit perfectly into this lineup. They’re full of right-handed power bats. It’ll be interesting to see where they decide to put Donaldson in the lineup, but you can expect him to make a contribution wherever they put them. The addition of Russell Martin will be the most impactful. Martin is not only a catcher who can hit, but is also one of the best defense of catchers in the league. He finished the 2014 season with a .290 batting average, 11 home runs, and 67 RBIs. There are only a few catchers who are capable of putting up those numbers and handling the starting rotation with ease. Although both Martin and Donaldson will contribute, it will be Edwin Encarnacion and Jose Bautista who will bring the real fear. Encarnacion finished with 34 homeruns and 98 RBIs in 2014. He had a slugging percentage of .547 with a .901 OPS. He’s hit over 34 homeruns in each of his last three seasons and there’s nothing to indicate that he won’t do it again. Jose Bautista is just as much of a threat at the dish. He finished last season with 35 home runs, while driving in 103 runs. He held a .286 batting average and a .524 slugging percentage. He too will be able to repeat his performance in 2015. It’s no secret the Blue Jays are going to try to out hit everyone in their division and they may have the talent to do so.

The Blue Jays received the devastating news that pitcher Marcus Stroman will miss the entire 2015 season with an arm injury. He would’ve been the ace of the club. He finished last season with 11 wins and a 3.65 ERA. He threw in 130.2 innings while striking out 111 batters.  Instead, the Blue Jays will turn to veteran pitcher R.A. Dickey. You never know what you’re going to get from Dickey because of his unusual repertoire. His primary pitch is a filthy knuckleball. Well, some days it’s filthy. When he has the knuckleball working he’s unhittable. Unfortunately the pitch often drifts away from him. He finished last season with a 3.71 ERA through 215.2 innings. Luckily for the Blue Jays, he has been one of the most durable pitchers the past four seasons. He’s given at least 208 innings in each of the past four years. His best year was in 2012 when he finished with 20 wins and a 2.73 ERA. The Blue Jays will be hoping for Dickey to lead the club. Drew Hutchison will be looking to rebound in 2015. He finished the 2014 season with a 4.48 ERA through 184.2 innings. Also in the starting rotation will be Mark Burley and Aaron Sanchez.
Breakout Player: Aaron Sanchez SP
It looks like Aaron Sanchez will finally have an opportunity to be a starter. The Blue Jays utilized him in the bullpen last season and he was pleasingly effective. He finished with a 1.09 ERA in 24 games. He pitched in 33 innings and only walked nine batters while giving up just one home run and striking out 27. He has the ability to finish off batters and will be looking to go deep into games in 2015. Every starter on the staff knows the importance of the role. At just 22, it will be important for Sanchez to relax and trust his talent. If healthy I expect:
166.1 IP, 3.49 ERA, 152 SO
Game Changer: Jose Reyes SS
Not only is Jose Reyes the game changer on this team, but is also going to be the most important player. It will be vital for Reyes to stay healthy. I really don’t know who would hit in the leadoff spot if he wasn’t there. He has the ability to set the tone, get on base, and score. He is one of the few shortstops with an offense of upside.The Blue Jays will be in a much better spot if Reyes plays in 150 or more games.
The Blue Jays will win their fair share of games but I don’t see them as serious contenders. They lack solid pitching and will struggle to keep opponents off the board. They will need someone to step up in a big way from the pitching staff. The offense will be strong but I don’t know if it will be strong enough to win 80+ games.
Make sure to check back in on March 31st for my complete standing predictions along with a few other fun pieces of news. Until then, you will be able to find a new preview of an individual team from March 1st through the 30th here at KRUI.FM.