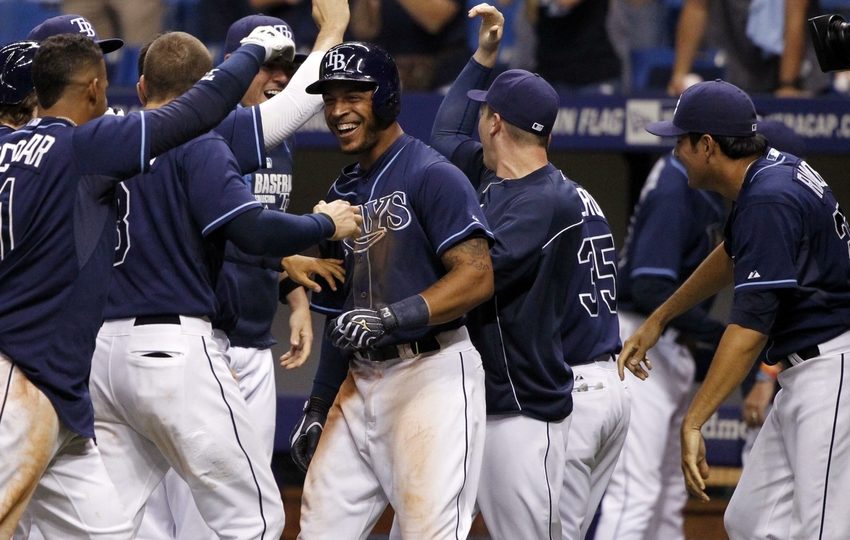 The Tampa Bay Rays took a big hit this offseason. They some of their big names including manager Joe Maddon. The AL East is one of the weaker divisions in baseball right now, giving the Rays a chance to still compete. Lets take a look at the changes heading into 2015.

The Rays have one strength they will rely on all season; pitching. The Rays’ pitching rotation finished in the top ten last season with a collective 3.48 ERA in 2014. They were led by Alex Cobb who has been a rather quite contributor the past two seasons. He finished with a 2.87 ERA through 166.1 innings of work. He has held his ERA under 3.00 in each of his past two seasons and will be looking to make 2015 the third consecutive year. Chris Archer will be the second man in the rotation. Archer has been excellent the past two seasons where he’s kept his ERA in the low 3’s. Drew Smyly has will take the the third spot in the rotation and he too has been solid in the past two seasons. He’s kept his ERA in the low 3’s. Seeing the trend yet? Jake Odorizzi will be the fourth man in the rotation and will be looking to breakout in 2015. He finished 2014 with a 4.13 ERA and had a 9.3 SO9 rate. He clearly has the ability to finish off batters and will be looking to get ahead in counts. When healthy, Matt Moore will take over as the fifth starter. He missed almost all of 2014 with an arm injury but will be ready to compete in 2015. He finished 2013 with a 3.29 ERA through 150.1 innings and picked up 17 wins.

Most people think the Rays will struggle in 2015 and might end up at the bottom of the division. They might be right. I think the Rays might surprise people in 2015. I know they have little to no hitting but defense wins championships. Their pitching will keep them in just about every game and if the offense can find a way to scrape out around four runs a game, this team will win their fair share of games. The rest of the AL East have very little pitching which will make the job easier on the Rays.

The offense will turn to Evan Longoria for answers in 2015. Longoria saw a dip in his batting average last season when he finished hitting .253 with 22 home runs. He played in 162 games last season and will strive to do so again in 2015. He’s hit 30+ home runs three different time throughout his career and has driven in over 100 runs twice. He has the talent to provide the offense with consistency and will make or break this offense. The Rays have a few other players who have the capability to provide power. Desmond Jennings has hit double digit home runs each of his four full seasons in the Majors. John Jaso hit 9 home runs in just 307 at bats. He will finally be given the opportunity to play a full season and will be ready to show what he can do. James Loney has reemerged in the past two seasons and has shown his ability to make superb contact. He finished last season with a .290 batting average and struck out just 80 times. The offense will have to play small ball to produce runs. They definitely won’t be a top offense but might be able to produce enough for wins.

Odorizzi will be entering his second season as a full time starter and will be looking to prove that he is capable of dominating hitters. His 9.3 SO9 rate shows that he has the ability to finish off batters but he will be looking to work deeper into games and get ahead early in the count. He will enjoy having a strong bullpen to back him up. If healthy I expect:

Souza will have the opportunity to start in the outfield this season. There are a lot of people who believe that he can be a difference maker in the Majors and he will have to prove that in 2015. He struggled in his short time in 2014 when he finished with a .130 batting average through just 23 at bats. If he can get going, the offense will have enough firepower to win games.

The Rays have the pitching to go a long way. It will be a matter of if the offense can produce. With a weak AL East the Rays will have a chance to surprise people. We will just have to wait to see.