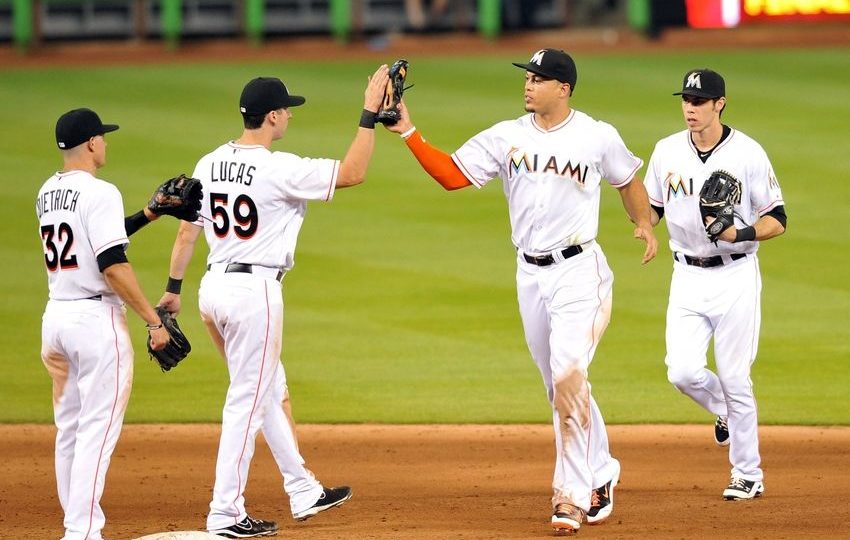 Forgive the lack of statistics used in these next few articles. I’m currently at spring training games in Arizona for spring break. I will still be writing these each day! It’s exciting, I know. Anyways, let’s focus on  the Miami Marlins today. The Marlins had a busy offseason and did a nice job addressing their key issues. Let’s take a look at the changes heading into 2015:

I’m a big fan of the moves the Marlins made in the offseason. We can start by looking at the addition of Mat Latos. This move makes all the sense in the world. Latos is an undervalued pitcher who has a career ERA of 3.34. Latos will provide the team with ace like material before Jose Fernandez returns from his arm injury. Latos can and will push the rotation to playoff quality, especially when and if Fernandez is healthy.

Michael Morse should be a big contributor in 2015. He will take over at first base and will provide the lineup with another power bat. He blasted 16 home runs and hit .279 in 2014. Dee Gordon will play second and will enjoy playing in Marlins Park. Gordon is a major threat on the base paths and will be aiming for the gaps. He swiped, a league leading, 64 bases in 2014 and finished with a .289 batting average. Martin Prado will be a “tools guy” over at third.  He brings veteran leadership and will play consistently throughout the season.

Ichiro Suzuki signed with team this offseason. He will be used situationaly and will bring leadership to the clubhouse. I think it says a lot that Ichiro was willing to sign as a bench player with Miami. He’s at the point in his career where he is trying to win a championship and clearly believes in Miami’s plan.

The young shortstop has proven that he is a defensive warrior. He hasn’t been bad at the plate but he hasn’t been great either. I think that this is the year that he ties eveything together. If healthy I expect:
.271 BA, 57 RBI, 21 SB, 72 R

Yelich has proven to be a solid fielder and has plenty of speed to go along with a quick bat. He is a high contact hitter and can be a threat from the leadoff spot. He hit .284 and drove in 54 runs in 2014. If he can stay hot, he’ll give the improved lineup plenty of chances to drive in runs.

The Marlins will be good in 2015. I can’t say they will compete for a division title, but they might have a chance at the wild card. Their starting rotation will keep them in plenty of games and the offense will be improved from 2014. The Marlins will be a team to keep your eye on in 2015.