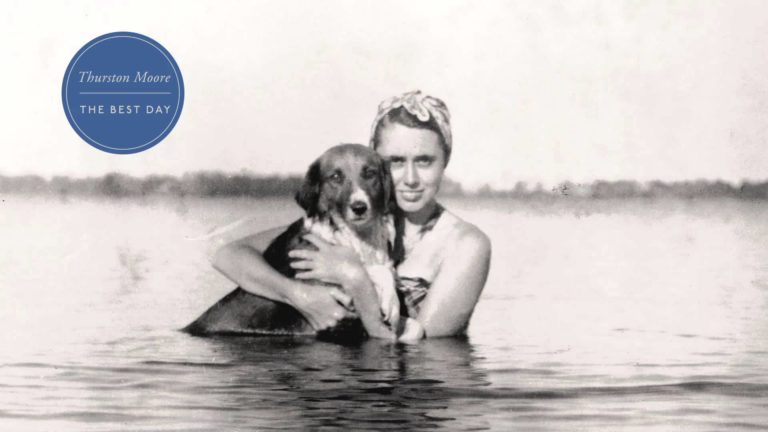 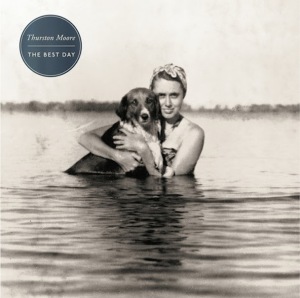 Sonic Youth may be dead (or at least, dormant), but fans can rest assured that frontman Thurston Moore’s inner jam-rock muse is still kicking.

Moore and Sonic Youth bassist Kim Gordon divorced in 2011, putting their band on hiatus and casting uncertainty on both artists’ musical futures. Never one to wallow in idleness, Moore moved on to form Chelsea Light Moving, a punkish art-rock exercise steeped in all things counterculture.

Despite being well-received by fans and critics alike, the new band’s eponymous 2013 debut came across as a thrashy appetizer to sate both Moore and his listeners. The Best Day, Moore’s first solo release since 2011 acoustic LP Demolished Thoughts, largely marks a return to his signature ’80s-alternative sound.

True to form, Moore’s latest album opens with two guitar epics that clock in at just over 8 and 11 minutes, respectively – Sonic Youth fans will sink into these familiar grooves like a warm bath. The lack of immediate musical surprise will likely be offset by familiarity for many listeners, though curious newcomers may find Moore’s droning guitar work taxing.

Lyrically, The Best Day quietly surprises. Sonic Youth’s urban, avant-garde restlessness is eschewed for a pastoral sense of longing. A yearning to return lingers over each track – a return to nature, to childhood – a desire to go back. The aforementioned opening tracks conjure imagery of haunted landscapes: “Speak to the Wild” beckons listeners to “remove your wings/and meet us near the fire/extinguish things of earthly desire,” for “the king has come to meet the band.” Singing animals and shadows populate ancient cathedrals in “Forevermore.” R.E.M.’s darker country dirges come to mind – the specter of Mike Mills nearly tangible in the finger picking of “Tape,” a standout track and nostalgic ode to the compact cassette.

Those who press onward will find an assortment of fuzzed-out rock riches and more delicate, meditative offerings. The single-contender title track provides a slightly more poppy release midway through the track list, while “Detonation” feels like Moore slipping into the past, bearing themes of urban decay as well as an anger not found elsewhere in the album. “Vocabularies” and “Grace Lake” evoke both classic Sonic Youth and ’80s shoegaze with chiming guitars and swells of feedback. “Germs Burn” closes out the album on a crashing, punky note.

If there’s one issue that plagues The Best Day, it’s familiarity. When an artist has put out a body of work as large as Thurston Moore’s, it can become difficult to find something new in their latest album – a fact Moore himself recently acknowledged. Despite the fresh change in tone and lyrical content, Moore’s guitar style hasn’t changed significantly over the years. Listeners’ mileage may vary based directly on how many sprawling Sonic Youth jams have been drilled into their skulls.

A sense of deja vu is present, but the fact remains that these are new, quality songs produced by a seminal artist of the alternative rock movement. “Tape” and “Vocabularies” in particular could be counted among Moore’s most affecting tracks. The Best Day is a highly-recommended listen for ’80s and ’90s rock fans.

The Best Day is available on iTunes. Check out the official video for “Speak To The Wild” below: