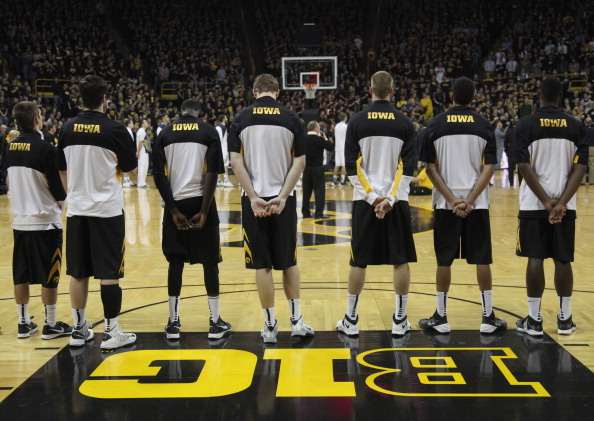 IOWA CITY, Iowa- In an exhibition game against Northwood University, Iowa dominated 92-51. The leading scorer for the Hawkeyes was Peter Jok who scored 16 points on 6-9 shooting. Jarrod Uthoff and Aaron White were the only other scorers in double figures for the Hawkeyes, and they had 15 points and 12 points. The leading scorer for Northwood was Fred Mattison, who scored 19 points on 8-20 shooting.

Iowa went on a tear to start the second half as they opened up the half on a 19-3 run. The run came partially because Iowa trimmed down on turnovers, but Northwood didn’t make their first field goal until 12:11 left in the half. Iowa kept up the strong shooting in the second half as they went 21-44 from the field, and again shot 50% from the three point line. Northwood on the other hand couldn’t hit water if they fell out of a boat, shooting an abysmal 16.1% on 5-31 shooting.

Besides the turnovers Iowa had a pretty solid game. in the second half, Trey Dickerson had a fast break opportunity and unfortunately botched the layup as he was unsure whether to dunk or not while going up for the shot. The missed field goal didn’t phase the Hawkeyes as they eventually went on to win the second half by a score of 53-19.

Iowa’s regular season gets started on November 14 as it hosts Hampton.