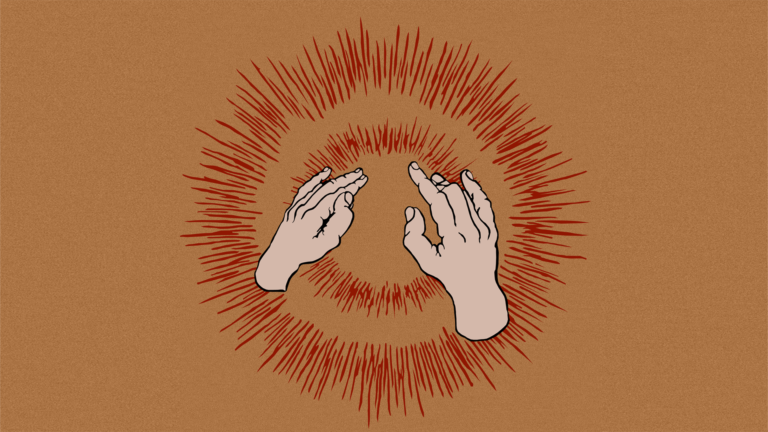 “Listen In” is a new column on KRUI in which I’ll be examining different, weird, or relatively unknown music genres and other aspects of music culture.

The idea of post-rock is often off-putting to some people. Just the addition of “post” onto any genre brings with it an air of pretentiousness. But what really separates it from traditional, old fashioned rock n’ roll?

The definition of post-rock is just as vague as the origin of the term itself. While the name suggests many similarities to rock music, such as the traditional instrumentation of drums, bass, guitars, vocals, and a variety of other instruments, the genre shifts its focus towards utilizing a variety of sounds such as layering instruments to create different textures and, at times, driving melodies. These aspects usually take precedence over other areas, such as vocals, which, more recently, are sometimes completely left out in post-rock.

While what is known as “first wave” post-rock came to prominence in the underground music scene in the 1990’s, many of its attributes can be traced back to much older groups such as Velvet Underground. Songs like “Heroin” which feature aspects of drone and noise would later become defining features in the genre.

When looking at first wave post-rock, there seem to be two defining albums, both taking quite different directions. The first, released in 1991 is Talk Talk’s fifth album Laughing Stock. The album experimented with a variety of different instruments for the band including strings and horns, a big change from their previous synthpop albums.  “Ascension Day”, for example, features a jazz inspired drum and bass groove which underlines a buildup of guitars.

The second album worth mentioning in the advent of post-rock was released earlier the same year. Slint’s sophomore LP Spiderland, takes a different approach to the post-rock sound. The album’s instrumentation features prominent guitars that are commonly accompanied by shifting vocal styles and even spoken-word poetry.

The fact that both of these equally influential post-rock albums sound so different is a common trait within the genre and becomes even more prominent in “second wave” post-rock which tends to expand its instrumental repertoire. Many different post-rock bands tend to pull elements from other genres. The popular Icelandic post-rock band Sigur Rós have dabbled in other sounds such as folk and more recently, much heavier industrial sounds.

On the lighter side are bands such as Thee Silver Mt. Zion Memorial Orchestra. While their sound has changed drastically over the past, their debut LP He Has Left Us Alone but Shafts of Light Sometimes Grace the Corner of Our Rooms… is often described as an ambient album composed of mostly piano and various stringed instruments.

However, if relentless noise is more your style, experimental rock band Swans have more recently dabbled in the genre. Since their reunion in 2010, Swans have released three albums. The most recent, To Be Kind, released earlier this year, is an album that encompasses many post-rock aspects while turning up the volume. “Oxygen”, one of the tamer songs on the album, starts with a simple riff that builds on itself along with horns, percussion, and singer Michael Gira’s rambling vocals.

And then there are the albums that seem to do it all. My personal favorite post-rock album (and one of my favorite albums in general) is Godspeed You! Black Emperor’s Lift Your Skinny Fists Like Antennas to Heaven. Released in 2000. This influential album spans genres including noise, ambient, and neo-classical. Save for a few sampled vocals, this album is completely lyric-less, relying entirely on its instrumentation. Because of its ability to cross multiple genres of music, it’s a perfect album for anyone to get started into post-rock.