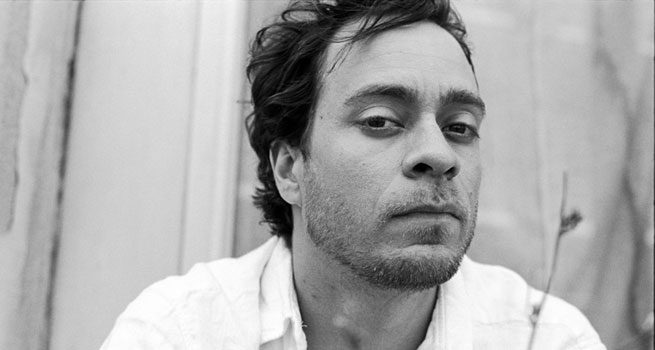 Amos Lee brought his electrifying “Rivers of Song Tour” to the Englert Theatre Friday night. Throughout the tour, one dollar of every ticket is being donated to “Musicians on Call,” a non-profit organization that brings live and recorded music to the besides of patients in the hospital. Lee tells me that, “this is something that I started doing a while ago and it brings such joy to me knowing that we as musicians can bring happiness to people that struggle with so many different kinds of challenges.”

Long time friend and musical partner Priscilla Ahn is supporting Lee on his “Rivers of Song Tour.” Opening her set with a self harmonizing rendition of “I Think I’m Ready to Love You,” an insecure Priscilla Ahn overcame nerves to grace the stage with her powerful voice. Performing hits like “Dream,” and “Living in a Tree,” a song off her 2012 album Home: My Song Diary, detailing her life long aspirations of saving a tree in mortal peril, her raw vocal talent broke through her initial shyness, propelling her forward.

Channeling her inner Kate Nash, Ahn closed the set with the never before recorded, “The Boobs Song.” Contextualizing it for the Iowa City crowd, she told a story of how inspiration struck after reading a note from her now husband’s ex-girlfriend in a collection of Robert Frost poems that read, “enjoy these poems, I hope they remind you of my boobs.” This quirky anecdote is a summation of the awkward charm Ahn’s opening set embodied.

Following a brief intermission, Amos Lee arose from a purple mist, equipped with wayfarers, tea and a six string guitar. Entertaining the crowd with his folk, blues melodies, Lee reached far and wide for content. Going back almost ten years to his self titled debut album with “Bottom of the Barrel,” and “Keep it Loose, Keep it Tight,” as well as leaping ahead to his latest release with the track “Tricksters, Hucksters, and Scamps.” Lee’s set was the epitome of a timeless artist showcasing his diverse musical talent.

Surrounding himself with incredible musicians is something that Amos Lee has always done and Friday night was no different. Half way through the night he brought Priscilla Ahn back out to perform a duet of “Black River.” Then, following the crowd pleasing “Won’t Let Me Go,” Lee’s bandmate and lead saxophone player Zach Djanikian’s performed an extraordinary cover of Frank Ocean’s “Thinkin Bout You.”

When asked to comment on working with such talented artists, Lee said, “I just want to be around people who believe in what I do. I’ve been very fortunate to have such great support.” Lee closed the night with “Street Corner Preacher,” a song off of his 2008 album Last Days at the Lodge, a blues tune worthy of concluding a rivetingly eclectic night of music.

To find out more about Amos Lee or to hear more of his music, you can visit his website.