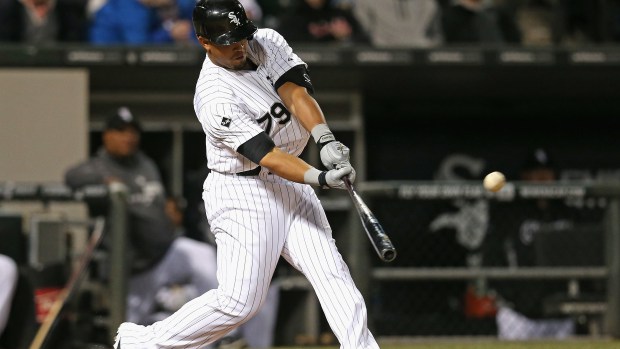 Those not paying close attention to the 2014 Chicago White Sox may consider this season another disappointment. Yes, it did mark the sixth consecutive season that the Sox have managed to miss the playoffs and the second consecutive season with 86 or more losses (last season they lost 99), but 2014 was an important stepping stone for what looks to be a promising ’15 season.

The south siders have been bashed for years in regards to their lack of talent in the minor leagues and had been given the tag of an old, slow team. In his second year as GM, however, Rick Hahn has injected a once old White Sox squad with young and exciting talent.

The White Sox, currently 72-86, have nine more wins than last season with four games remaining. The additions of Adam Eaton and, and Cuban-slugger Jose Abreu have been a huge boost to an offense that struggled to do virtually everything last season. Abreu has stolen the spotlight during his remarkable rookie season with a slash line of .318/.384/.587 to go along with his 35 bombs and 105 RBIs, and oh, did I mention he missed 15 games? Abreu bat gives the White Sox a Miguel Cabrera-like presence in the middle of their lineup that can wreak havoc for years to come.

As crazy as it sounds, Abreu’s numbers have a chance of improving next year when he will have the luxury of Avisail Garcia, 23, batting behind him the lineup. Garcia missed most of this season after suffering a torn labrum, but has shown in the past the possibility of being a five-tool player.

At the top of the lineup, Adam Eaton has lived up to all of the off-season hype after the Sox felt confident enough to deal their 25 year old 40 save closer, Addison Reed. Eaton’s ability to get on base set the table for the White Sox all season long, and it was very noticeable that the Pale Hose offense had trouble scoring runs when he was out of the lineup. Eaton’s ability to work the count and make pitchers throw pitches has made him the epitome of what the White Sox want to see at the leadoff position.

Here’s a look at some key offensive stats of Sox players who will be returning next season.

With only 46 million committed to the 2015 payroll the White Sox have a lot of spending money and the arrival of rookie Carlos Rodon will give them three top of the line starters in Sale, Quintana, and Rodon. Sure, it’s a little early to consider Rodon a top of the line starter when he hasn’t thrown a pitch yet, but the kid who has been called “the best left hander drafted since David Price” has lived up to the expectations so far in the minors.

Rodon streaked through single and double A ball, and in his second triple A start he fanned eight over four innings while giving up one run on one hit. If the Sox can land a solid number two in free agency and let Danks and Noesi battle for the fifth spot, they would have one of the better rotations in baseball.

The rest of that spending money could then be used to fix a bullpen that was not invested in for this season and to add an additional bat to the lineup. With an MVP candidate in Abreu, a CY Young candidate in Sale, and an exceptional leadoff hitter in Adam Eaton, the pieces are certainly falling into place for the South Siders to make some noise in ’15.