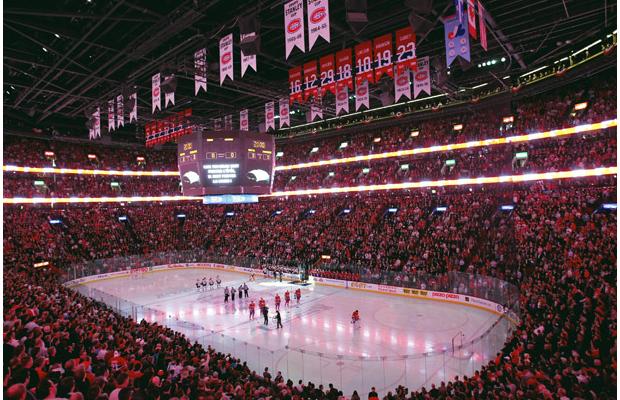 Have I mentioned I love the new playoff format before? Not because it’s easy to keep track of before the playoffs (Seth, your thoughts?) but because of the rivalries that pour kerosene on the Stanley Cup Playoff fire.

Yes the Bruins haven’t played the Red Wings in the playoffs since the 50s, and there isn’t much of a conflict between Columbus and Pittsburgh, but Rangers-Flyers? Kings-Sharks? Blackhawks-Blues? It’s like the NHL took a roll of Mentos and put them all into one two-liter Diet Coke.

Thus far, the chirping and hitting has been exemplary and for the most part professional during these playoffs. Yet, when David Backes’ head smashed into the corner boards of the Scottrade Center, it was a moment where somebody seemed to bump into the record player and stop the music.

As Blackhawks Defenseman, Brent Seabrook was approaching his target, it was like a quarterback with a defensive end in his blind spot. You knew the danger was coming before the victim did, and just as you tried to shriek to get the player’s attention: WHAM!

Thanks to the advent of Twitter, Average Joe has the unprecedented opportunity to share with the world his analysis of this brutal collision. Apparently, Joe was shocked that a player would do such a thing to one of his brethren, a fellow player. He had the same thing to say when Shawn Thornton bull-rushed Brooks Orpik earlier this year. Or when Matt Cooke ended Marc Savard’s NHL career.

Player on Player crime is the common phrase. And being concerned about it is quite misguided.

30 NHL teams break training camp in October with sights set on hoisting Lord Stanley’s Cup. They endure the trials and tribulations of the regular season (sometimes with an Olympic break), before sixteen earn passage for two months of “war” en route to June. The prize reaching the end of this brutal campaign is an inscription of your name on the Holy Grail.

One team out of thirty gets there every year. Most of the time, the team has depth, scoring ability, defensive experience and a stellar goaltender to get there. Who they leave behind in this pursuit are their so-called “brethren” in the opposing dressing rooms.

This is not condoning the kind of hit Seabrook dolled out. In my opinion it was malicious and venomous, the kind where he will rightfully cost his team by his absence in critical playoff games.

In the playoffs, the windows are tighter, the margin for error is smaller, and the ramifications of giving up a lead or taking a penalty are enormous. This makes the hitting so much more critical; not the intent to injure, but the willingness to take punishment to move the puck becomes questioned.

There is an old saying that hockey players have long memories. The chipiness after the whistle may come and go, but the players on both benches will remember hits like the one on David Backes. It’s a hit to file away for safe keeping, maybe making a return once the Blackhawks and Blues are fighting over two points instead of a shot at a longer beard.

Players are trying to beat up their “brethren” this time of year. Like a snake, they want to grab hold and slowly squeeze. Seabrook crossed a line, but at this time of year, the only brethren worth protecting are those wearing the same sweaters.