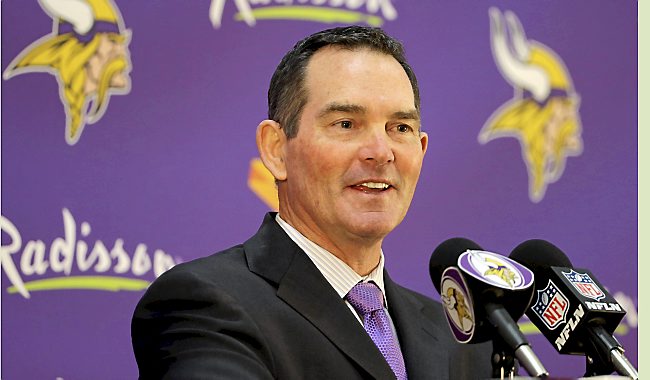 If you are a Minnesota Vikings fan like I am, you will know how much of a frustrating and agonizing season 2013 was to watch unfold. Of the ten defeats the Vikings suffered, four of them were by seven points or less. They had a chance to win every single one of those four games against Chicago, Cleveland, Dallas, and Baltimore respectively, but lost each in the final minutes due to poor defensive play and costly turnovers.

A defense that gave up the most points in the entire league was a big culprit in finishing the season with a 5-10-1 record. The rush defense was a respectable 16th in the league giving up roughly 110 yards a game on the ground. Through the air, however, the Vikings defense was absolutely atrocious. They allowed about 287 yards a game passing, good for second worst in the league.

One of the other major reasons for having such a disappointing season was the inconsistent play at the quarterback position. Minnesota had three different players start a game behind center throughout the season.

Christian Ponder started 9 of the 16 games for the Vikings totaling 1,648 yards through the air with 7 touchdowns and 9 interceptions. He definitely took a step back this past season and needs to right the ship in order to potentially win the starting job in 2014.

Matt Cassel was brought over after spending the past four seasons with the Kansas City Chiefs to give Ponder some competition at the signal caller position. Cassel led the team in passing yards with 1,807 yards, 11 touchdowns, and 9 interceptions in nine games, six of which he started. If the Vikings don’t draft a quarterback in the upcoming draft, Cassel could be the leading candidate to start the 2014 as the starter under center.

Josh Freeman was brought in mid season after being cut by the Tampa Bay Buccaneers. He made one start for the Vikings, a Monday night game against the New York Giants the week after he was signed. He completed 20 of 53 passes for 190 yards in the 23-7 loss at MetLife Stadium. He did not play again last season after the Giant game. He has made it known that he will not return to Minnesota next season to pursue a starting job somewhere else.

The 2014 NFL draft will be a big one for the Vikings. The biggest question surrounding them will be what they do with the 8th overall pick. It likely will be too late to pick one of the consensus top three quarterbacks unless they trade up. Johnny Manziel of Texas A&M, Teddy Bridgewater of Louisville, and Blake Bortles of Central Florida are expected to be gone with the Vikings officially go on the clock. They could go with a defensive player in the first round and wait to take a lower tier quarterback like Derek Carr of Fresno State or David Fales of San Jose State.

Whatever the organization decides to do, the Vikings hope to set themselves up to make a return to the playoffs in 2014. Coach Zimmer will have Adrian Peterson, Cordarelle Patterson, Chad Greenway, and company ready for kickoff in early September when it’s time to back to the task at hand of contending for a championship.