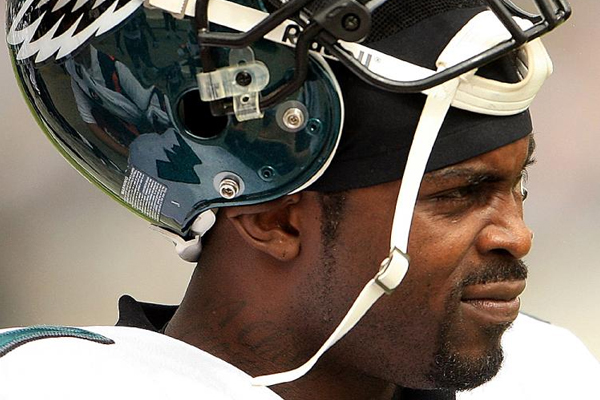 This past Sunday as the Philadelphia Eagles took on the Detroit Lions in what looked like a scene from the movie The Day After Tomorrow, Eagles quarterback Nick Foles threw his first interception in 238 passing attempts.

As Foles continues to have an incredible season behind center for the Eagles with a passer rating of 120.0 (he’s thrown 20 touchdowns and 1 interception), many have been left wondering:

What has happened to Eagle quarterback Michael Vick?

Many thought Vick would be the guy to lead the Eagles to a Super Bowl when he was signed by Philadelphia in 2009 amid controversy after being in prison due to his role in dog fighting. However, looking at this season for Vick it’s hard to tell if he’ll ever be the player we thought he would be.

Vick was named the starter for the Eagles in 2010 after Kevin Kolb suffered a concussion. Vick played well, but was injured, only to return as the Eagles starter. Vick then led the Eagles to a 10-6 record and a playoff appearance. He was then selected to his fourth Pro Bowl and was also named the NFL Comeback Player of the Year. Shortly thereafter, the Eagles announced they had signed Vick to a 6-year $100 million contract making Vick their franchise quarterback.

Since then, Vick has heard boos and criticism from fans across the globe.  As former Eagles head coach Andy Reid was on his farewell tour with Philadelphia in 2012, Reid refused to replace the struggling Michael Vick. Since the firing of Reid in late 2012 all signs point to Nick Foles as the go to guy in Philadelphia.

The fact of the matter is that Michael Vick cannot handle the abuse he once endured as the prolific scrambling quarterback he once was in his early NFL career. Vick must learn that if he wants to stay in the NFL as a starting quarterback, he must become a pocket passer instead of the mobile quarterback he wants to be.

However, that doesn’t seem to be an easy transition for Vick. We have all seen his iconic scrambles that left us wondering how he was able to do that, but we have also witnessed the aftermath of those scrambles as he is carted off the field.

This season Vick has seen action in just six games with the Eagles, mainly due to injuries. However, it will be tough for him to take back the starting job from Nick Foles.

As we have witnessed most recently with Redskins quarterback Robert Griffin III, being a mobile quarterback has its downfalls. RG III has already endured the physical toll and has been sidelined with numerous injuries, most prominently his ACL/LCL ligaments. By looking at RG III’s 2013 season we can confidently say that he isn’t the same player he was last year. Whether it is due to injury, or lack of confidence, RG III has struggled this year.

Vick must take a look at the younger RG III and realize that if RG III is having these health issues as a young quarterback, what will happen to Vick as an aging 33 year old quarterback?

All is not lost for Vick if he fails to become the starter once again in Philadelphia.  As the Houston Texans keep on self destructing the further they get into the NFL season, it is possible that we could Michael Vick at quarterback for the Texans next season.

Whatever happens though, Michael Vick must change the way he plays if he wants to ever be a starting quarterback in the NFL.