This week’s Track of the Week is “Do I Wanna Know” by Arctic Monkeys. 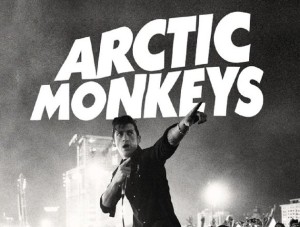 Arctic Monkeys is an Indie Rock band.  Though they’ve gained substantial popularity in the UK the band hasn’t quite hit the American radar. In September 2013 they released AM, their fourth studio album.

“Do I Wanna Know” is the first and arguably most notable song on AM.  It is their latest single and it is definitely something to rave about. The drum beat and guitar chords incline you to get into the song right away.  The vocals remain kind of dark and not incredibly upbeat, but have this powerful vibe behind it that makes the song incredibly epic.  It’s catchy in a totally unique way.

What’s not to love?  Check it out the song and music video below: