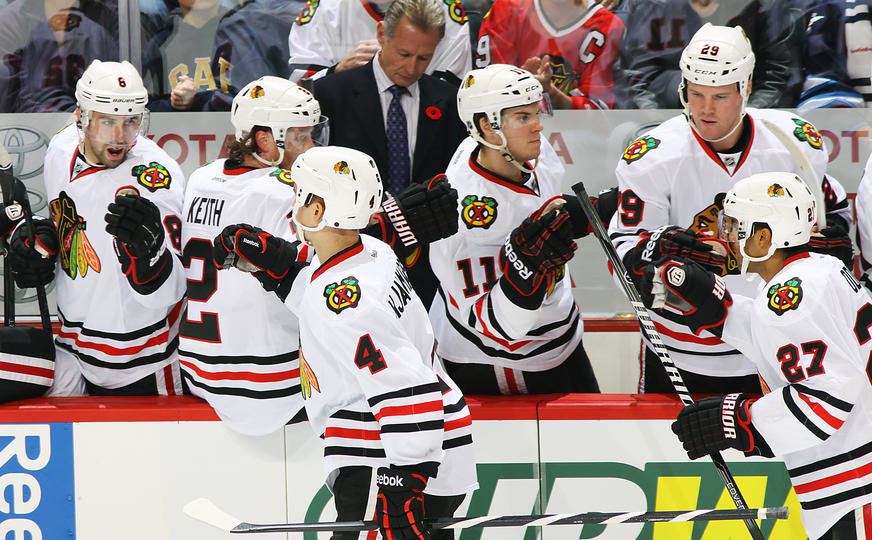 The Chicago Blackhawks and Winnipeg Jets met for the first time this season on Saturday. The Jets went on to score the first goal of the game in the first period, but after that the Jets may have forgotten they were playing in a hockey game. It was a happy homecoming for Winnipeg native, Jonathan Toews, as he saw his team take a 5-1 victory over the Jets.

During the second period the Blackhawks were able to score three goals within five minutes. The game ended with a final score of 5-1 in the favor of the Hawks. Blackhawks defenceman Niklas Hjalmarsson tallied his first goal of the season in the victory while forward Brandon Bollig tallied his second NHL goal of his career.

Scoring is always important in a hockey game, but so is keeping the puck out of the net. Early in the second period Chicago’s goaltender, Corey Crawford, made great saves that kept the Hawks in the game. Crawford ended the game with 26 saves.

This victory marks Chicago’s third consecutive win while it marks Winnipeg’s third straight loss. Winnipeg has only had one win in their last seven games.