Standing out form the Michigan State game was a play after a missed Sean Draper tackle that led to a continuation of the drive and a big play touchdown by Michigan State. The play is relatively easy to breakdown, and while in Nickel, Iowa decides to bring the house. They send seven players to rush the quarterback and to create pressure, but with some good blocking and a nice route combo Michigan State is able to bring it in for a touchdown. 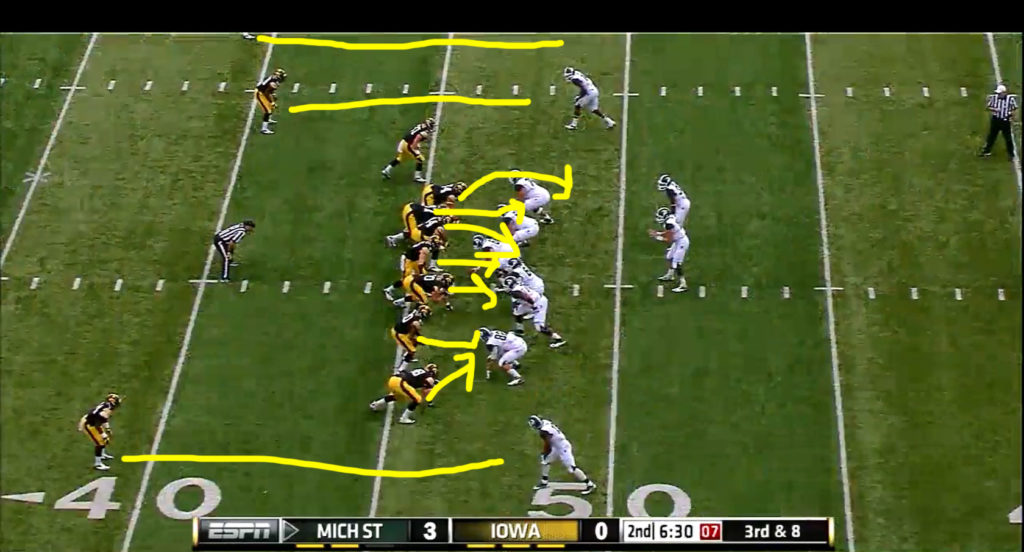 From this combo, with Iowa bringing seven, Michigan State runs a combo that creates a natural pick on the top side. The corner-post combination creates separation for Macgarrett Kings Jr., who then is able to catch and have plenty of space to run with the ball for a 46-yd touchdown. 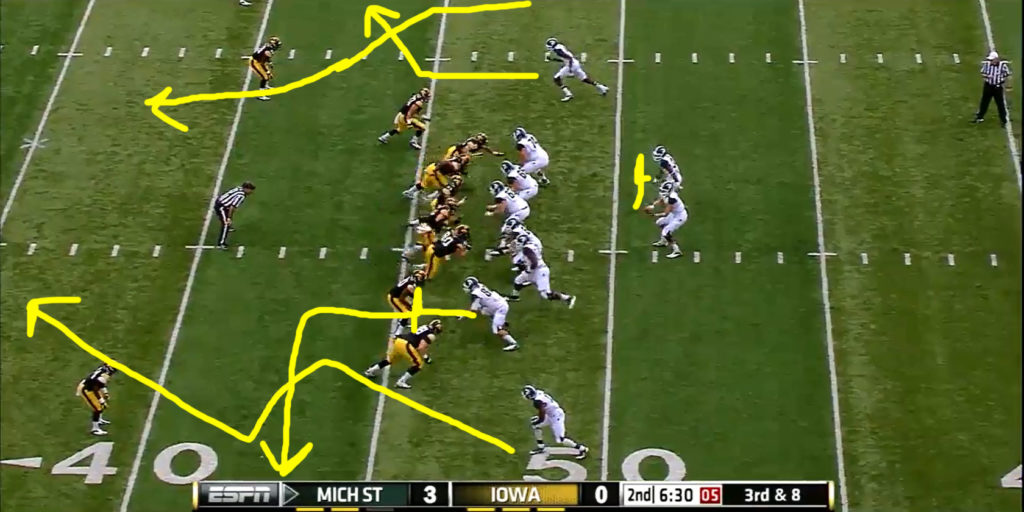 Sending the blitz on third and long isn’t a bad idea, but when seven rushers get blocked by six protectors it is bound to end up in favor of the offense. In the picture below, you’ll see the Iowa rush gets caught up in each other, allowing the offensive line to clump them and use two to block three. The Iowa players are numbered in yellow while MSU is in red. 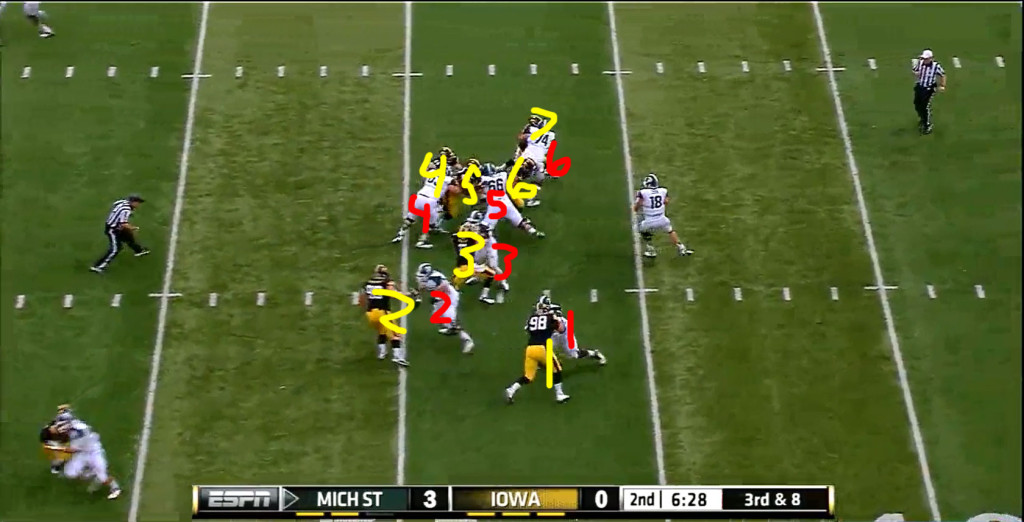 Then do end the play a good downfield block from Bennie Fowler allows Kings to go in for the score. 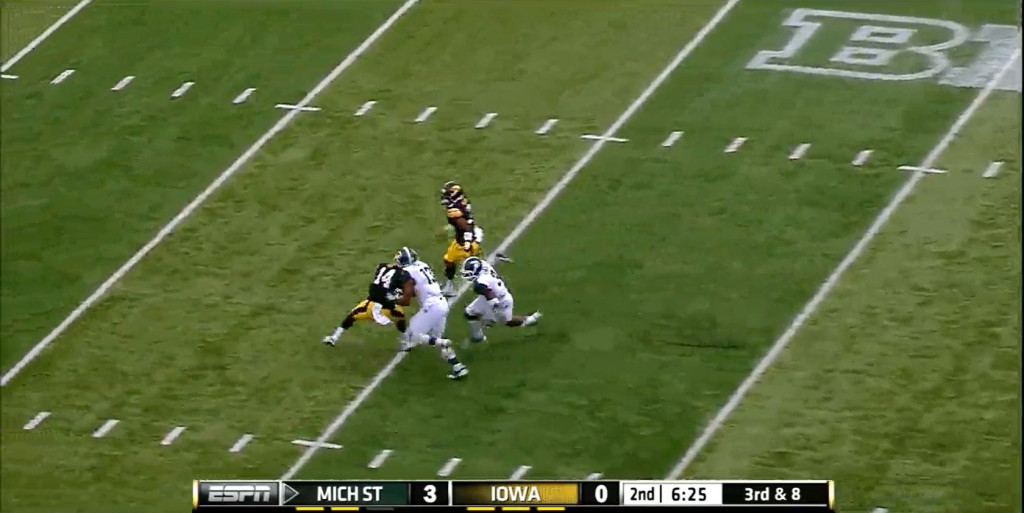