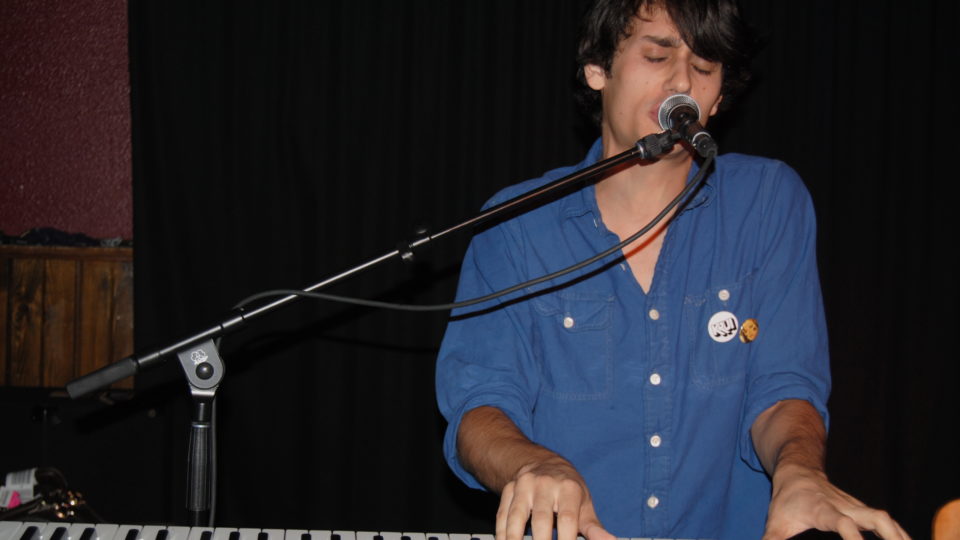 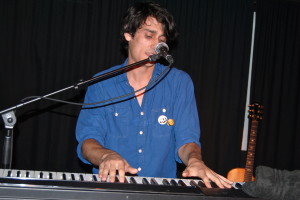 The opening act was University of Iowa junior, Jack Baker. Baker started playing guitar around his junior year of high school and has been “totally captured by bands like the Strokes and The White Stripes.” He preformed four self-written songs along with a cover by John Mayer and one by The Strokes. His performance was well received among the audience. He cut his finger on his guitar string pretty significantly at the start of his set, but that didn’t stop him from rocking the show, “I wasn’t expecting that but it’ll make for a good story!” he joked after the performance. His audience reacted enthusiastically to his performance and he got everyone pumped up for the main feature, Teddy Geiger.

An enthusiastic crowd was thrilled about Teddy Geiger’s performance Thursday night at The Mill. Geiger preformed songs from his more well known album Underage Thinking, and also from his new album The Last Fears, which came out May of this year.  During the set he preformed some songs on both piano and guitar.

He brushed off the technical difficulty when a string broke during his first song on guitar. His bass player, Ryan Vaughn played along side him. The two preformed phenomenally together, feeding energy off of each other’s energy, and obviously having a great time. Their friendship on and off of the stage was very noticeable. Geiger’s hit song “For You I Will (Confidence)” which made its popular debut in 2006, was obviously a major crowd pleaser. The audience chanted for the song and when he played it they sang along with every word. Geiger’s passion to preform was apparent in this performance. It was clear to the audience as he sang songs such as “Better Now”, how much heart he puts into his shows.

Geiger cleverly closed the show with a cover of R. Kelly’s “Ignition”. He incorporated the energy of the crowd into his performance as they rapped the lyrics along with him. Merchandise such as CD’s of his new album, posters, and t-shirts were all made available at the show. His performance was clearly a success made apparent by the extremely long line of fans that waited after the show for a chance to meet Teddy Geiger and get an autograph or a photo with him.