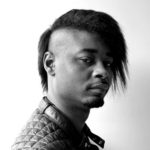 The Detroit rapper has been in the game for years and has recently garnered more press and attention because of his energetic performances, clever rhymes, and a style that is uniquely his own. Danny Brown and his badass producer, SKYWLKR, make a damn good combination that stands out in the hip-hop world today.  With massive performances at Bonnaroo, Pitchfork, and Coachella it is an honor to have the privilege of seeing Danny Brown in Iowa City at a venue we all know.  Doors are at 7:00 and the show starts at 8:00.

Check out his video for “Grown Up”: