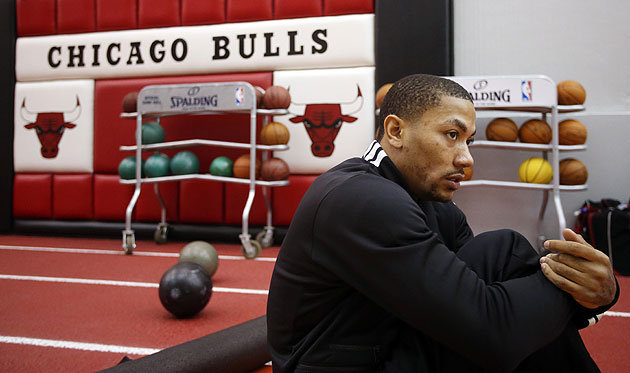 A 6-month old child was murdered on the streets of Chicago this past Monday by gunfire that was meant for her father. Jonylah Watkins will be laid to rest in a custom three-foot casket next Tuesday. The funeral arrangements are being paid not by her family, but someone who holds himself accountable of making a change on the same streets he grew up on.

Derrick Rose has been a force on the basketball court since he was drafted into the NBA in 2008. He has stunned opponents and left audiences around the world in awe from his ability to make impossible plays. Rose has become a Moses to the people of Chicago, and they all hope he will lead them to the Promised Land.

Rose is a basketball player that will go down in history as one of the best, but that is not the only reason his hometown of Chicago stands behind him.  Rose has not forgotten where he came from and makes it evident that he plans on keeping his place in the community not just as a basketball player living at the top of the Trump Tower, but as a foot solider in the streets.

Rose reached out to the Watkins family in private and offered to cover all expenses for the child’s premature burial. Surrounded by gangs his whole, it is not a far stretch to say that this could have easily been a part of his life if he had taken a different way home one day or never pursued his dreams of making to the league.

This is not the first time Rose has gone out into the neighborhood he was raised in to give back, even though it may be the most tragic. Two years ago, Powerade and Rose partnered up to restore Murray Park in Englewood, Chicago. The park is a place that the community can go and act as a community. Barbeques, picnics, and other gatherings are centered around the basketball court set in the middle of the park.

Chicago has become known for the massive amounts of killings that continue to happen. It has been nicknamed Chiraq, a combination of Chicago and Iraq, because of all those falling from gunshots. Jonylah was hit five times by the shooter who was aiming for her father. The father is still in the hospital in serious condition. The police say they suspect the actions were gang related, and are still in pursuit of the murderer with the cooperation of Jonylah’s father.

Out of all the killings that happen on the south side, many of them don’t make the papers. Statistics are said, followed by the first and last names, but nothing else. Rose has made a difference for one baby girl. He has made her murder known. This small act of humility from one professional athlete could have a huge impact. Imagine if every athlete went back to the place they grew up to give a helping hand, talk to some kids that remind them of themselves, or just to show one kid that someone is thinking about them. This world might be a better place.