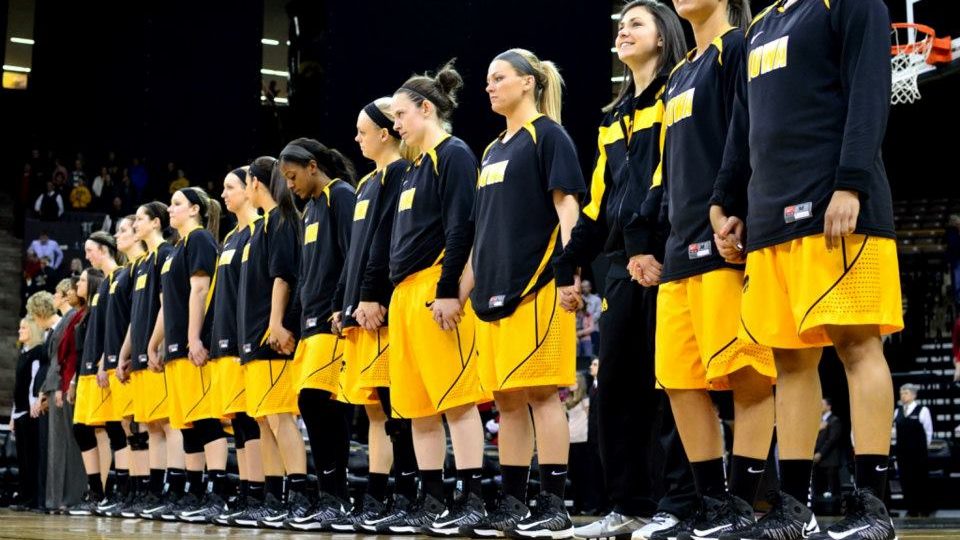 Thursday night was senior night for the Iowa women’s basketball team and there was no other way to end the night than with a win against the Indiana Hoosiers, 75-70.

As they prepare for their last Big Ten Tournament, seniors Jaime Printy, Morgan Johnson, and Trisha Nesbitt all have careers to be proud of. All three women have played a vital role this season on and off of the floor. Above all else, these women have been great leaders and have provided the experience factor necessary in creating a successful team.

Morgan Johnson showed early signs that she would be a huge asset to the team during her freshman season. She also gave viewers a preview of the role that she would play on the team breaking both the school and freshman record for single blocks in a season. This year Johnson broke a family record, previously held by her mother, for career blocks. In fact, each year season Johnson has set the school record for blocks in a given class. With player with such height, tenacity, and drive would you expect any less? 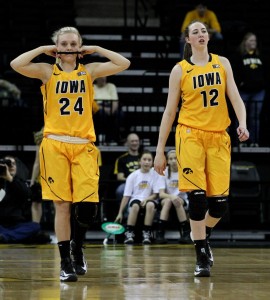 Printy has proven her skill set over and over again, from season to season and even game to game. Her precision, and consistency at the free throw line is tremendous and she’s not too bad of a 3-point-shooter either. In her freshman year alone she led the Big Ten freshman in scoring, three pointers made as well as free throw percentage, also breaking records in each of these areas. Before suffering an ACL tear her junior year, Printy still led the team in scoring, steals, and of course, free throw percentage. This season has been no different in that regard. Everyone breathes a sigh of relief any time Printy heads to the charity stripe. She is also a very smart player. She is able to make a play where one didn’t seem feasible, and she always knows when to sink a three. Even though she puts in dedication in the game, she has not forgotten about her duties as a student and is one of ten finalists this year for the Senior CLASS Award, which recognizes seniors in the areas of excellence, community, classroom, and competition.

Much of Nesbitt’s time as a Hawkeye has been plagued by minor injuries causing her to miss over 20 games over her sophomore and junior seasons. Though never a starter, Nesbitt realizes the part she plays and contributes 100% when put into the action. She says, “I don’t expect to play a lot unless there is foul trouble or they need a lineup change.” Even though Nesbitt doesn’t play as much as other girls she doesn’t let it phase her and states that, “It gives me confidence that the coach trusts me…then it is just a matter of making the most of an opportunity when I get it.” 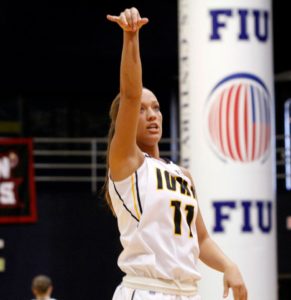 Bluder gushes that “this class is very special to me,” and that they are “three incredible girls.” It is clear that the bond formed over these past years is great. The three captains have undeniably left their mark on Iowa Women’s Basketball.

The women have one more game left against Northwestern in Evanston, Illinois before they head into the tournament in Hoffman Estates.