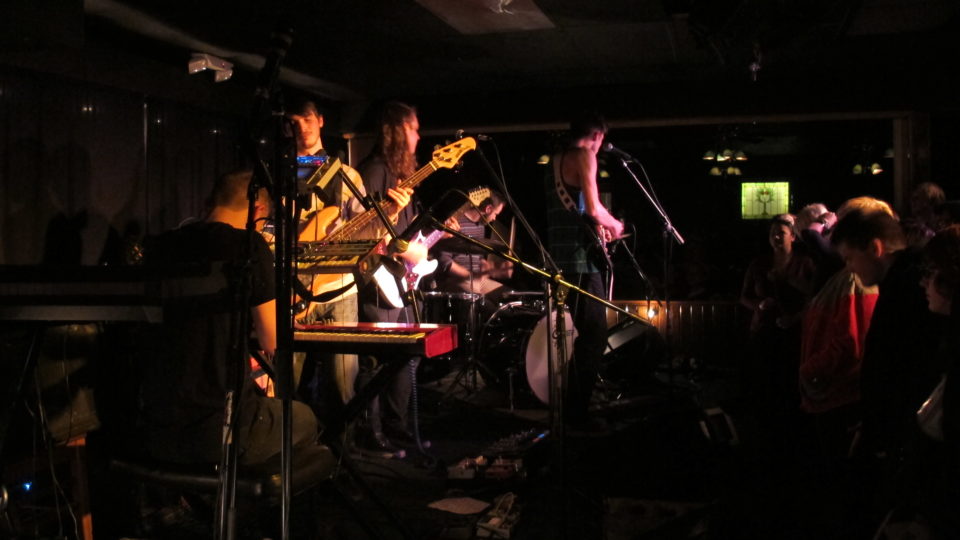 The Portland-based band, Menomena, made Tuesday night at The Mill in downtown Iowa City the first stop on their latest tour to promote the new album Moms. The experimental/indie rock group was able to overcome a few mid-show technical difficulties by laying down some of their best tracks from the past as well as the majority of the Moms album which was released on September 18, 2012.

Justin Harris (vocals, guitar, bass, and baritone saxophone) and Danny Siem (vocals, drums) make up the core of Menomena, but they do occasionally utilize more members in order to play their music live. Their music is made up of a lot of layers of vocals, keyboards, guitars, and pretty much whatever they can get their hands on. A strong passion for their music comes through in their performance as they pour out everything they have to offer.

This marked the second time that Menomena has played at The Mill. Even though it has been a couple years they remembered and were fond of the venue. However, the venue fought back by having a faulty electrical socket create and impromptu five to ten minute intermission. Eventually, Harris pronounced an amplifier as “dead” which led to a replacement from the opening band, The Olympics.

The Olympics may sound familiar considering they are based right here in Iowa City. They also opened for Manchester Orchestra in November. Plus, they will be performing at the upcoming Mission Creek Festival.