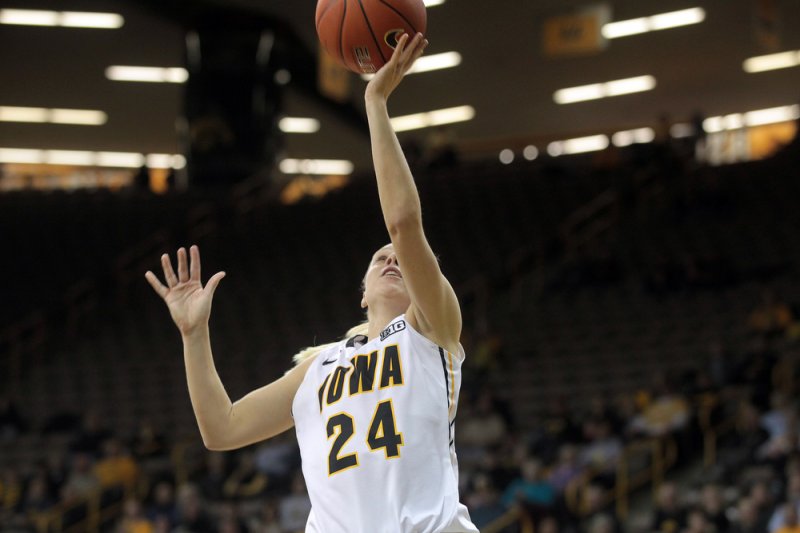 After watching a solid first half which had the Hawkeye women’s basketball team leading 27-22 at halftime, coach Lisa Bluder watched the Wisconsin Badgers slowly creep back into the game.

The first seven minutes of the second half were dominated by the Badgers in all aspects of the game.  They had everything going for them and on the other hand, Iowa couldn’t seem to catch a break.

After scoring only 7 points in the first half Jaime Printy exploded for 22 in the second to end the game with 29.  Printy was defended by Junior guard Morgan Paige, who had a little homecoming here at Carver Hawkeye Arena being from Marion, Iowa, and in the first half Paige did a nice job of not letting her get too many open looks.  It was a completely different story in the second half.

The Hawkeyes looked a little stagnant towards the middle of the second half and that’s when Printy started to take over.  She used a couple of three pointers, free throws, and even an old fashioned three point play to help the Hawkeyes build a lead that wouldn’t be given back.

At the under four minute media time-out it looked like we would have a fun finish here, until Iowa went on a 13-0 run from about the  four minute mark until the 1 minute mark.  Wisconsin went ice cold shooting the ball and fouling Printy wasn’t exactly helping matters.  Nicole Bauman ended the drought for the Badgers with a three pointer with just under a minute to play.

Theairra Taylor, Bethany Doolittle, and Melissa Dixon all chipped in 10 of there own to help the effort. Morgan Johnson could only manage two as she was in foul trouble for most of the game only playing 17 minutes.

A couple of bright spots for the Badgers were, Cassie Rochel, who totaled 17 points and had 14 rebounds.  Jacki Gulczynski, who played all 40 minutes, had a double- double of her own as she posted 13 points and 10 rebounds, while Morgan Paige chipped in 14 of her own.

Up next the Hawkeyes will take their 15-5 record up to Ann Arbor this Sunday to take on the 23rd ranked Michigan Wolverines.