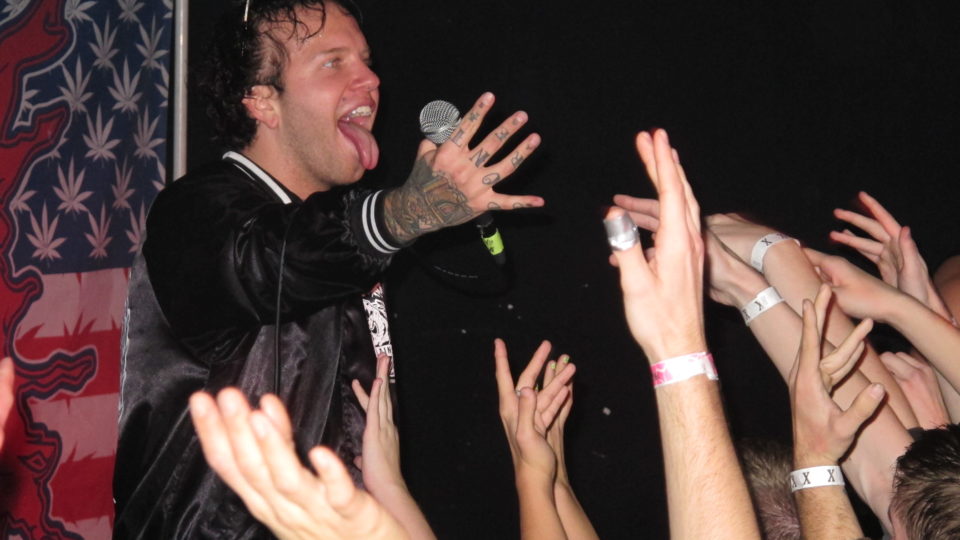 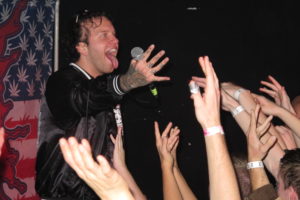 The concert Nov. 11 at Blue Moose proved that metalcore can actually mix well with partying. Even if you can’t understand the lyrics—which is most of the time— these bands still made sure to convey a party hard atmosphere.

The first band of the night was Iowa City’s own Noah. This aspiring young band was everything you would expect from an opener. It appeared as though four sixteen-year-olds were playing with a thirty-year-old vocalist, and they produced a traditional form of metalcore in their short set. Decent instrumentals complimented solid screaming and fair, clean singing.

The second band was Moral Belief, from Grand Mound, Iowa. By far the most memorable aspect of their act was their vocalist, but not because of his singing. He sported a mohawk that progressed into a rat-tail, and, like that wasn’t enough, he also had a very thick mustache. I honestly thought he was just a creepy tech guy until the rest of the band started playing and then he started to scream. Before starting their last song, he demanded that everyone must finish their drinks by the time they finished playing, and the crowd did not let them down.

San Diego’s Adestria followed. They were the first band of the night to use keyboards and electronics, and all of the remaining acts used them too. Apparently the drunk frenzy that Moral Belief got the audience in to was not sufficient for Adestria, and they told us that we were very disappointing. We took offense to that and stepped up our moshing. Quickly their vocalist apologized and was graciously thankful for our efforts. He then challenged us to turn to the person next to us, smile, and then push them as hard as we can. The concert was becoming overwhelmed with inebriated violence.

The next band was Ice Nine Kills. For some reason, they had a banner of Will Ferrell from The Campaign, except he looked as though he was possessed. At first, I thought this was creepy and unnecessary, but as this Boston deathcore band continued, it actually seemed to fit with the themes of their songs. For example, “Buildings Burn, People Die” from 2010’s Safe Is Just A Shadow, relentless screaming and impressive guitars drown out any clean singing. Despite their ruthless style and unhappy content, their vocalist made time to dedicate a song to Mitch Lucker, the vocalist of fellow deatchore band Suicide Silence, who passed away November 1st due to an intoxicated motorcycle accident. It was refreshing to see that, in the midst of excessive drinking and moshing, these guys do have hearts.

The subsequent band was Atlanta’s Issues. Their debut EP, Black Diamonds, will be released Tuesday, but they have already built a following since they were founded by ex-members of Woe, Is Me. This was one of the first bands whose electronics actually complimented their music. All of the previous band’s attempts were either drowned out by the other instruments or sounded unnecessary, in some cases even weakening their music. Something that turned me off about Issues was their clean vocalist Tyler Carter, who was trying very hard for a “pretty boy” image. They even went to the extent of covering Justin Bieber’s “Boyfriend” which was the last straw. Someone should be able to go to a metalcore concert and not have to worry about hearing Bieber’s awful tunes. 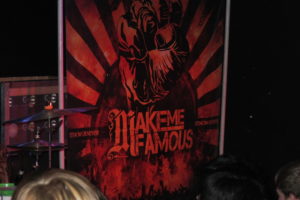 The penultimate band was Make Me Famous, hailing from exotic Ukraine. I saw these guys last year in an opening slot, and I was more impressed with them than most of the bands that preceded  so it was good to see that they are building recognition. They were even better this time around. Frontman Denis Shaforostov has a great vocal range, in addition to being a solid guitarist. They were aided by their electronics, and drummer Dusty Boles is a beast. Simply stated, Make Me Famous is a better version of Asking Alexandria.

The climactic performance of Attila was a great way to finish off the concert. Also from Atlanta, these guys sound like a death metal band covering extremely suggestive rap songs. Vocalist Chris Fronzak’s screaming raps are unlike anything I have ever heard before. He is able to fluctuate from low growls to high shrieks without breaking his quick flow. They kicked off with their iconic song “Rage” and the venue erupted. They followed with other party-hard songs like “Sex, Drugs & Violence” and “Party With The Devil” which induced the crowd to stage-dive like I’ve never seen. Many were propelling themselves into the band members and some individuals even managed to pull the stage security guy into the sea of moshers against his will.

Friday night’s show was a great, albeit extreme, way to kickoff a weekend. If the themes of sex, drugs & violence are for you, then Blue Moose was the place to be. Attila and company provided an over-the-top party environment via metal, resulting in a truly unique experience.