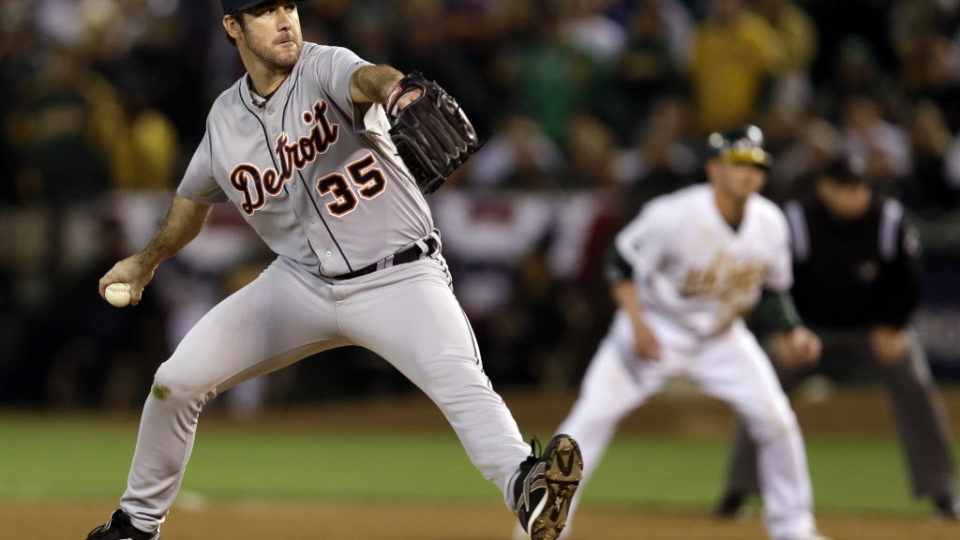 Yeah, I know it’s a bold prediction to crown the Detroit Tigers the 2012 World Series champs before a single game has even been played. And yes, Tigers fans,  you can come high-five me the night of October 29th (Game 5), the night the Tigers will be crowned champions.

Sorry, San Francisco, I ignore miracles. Six consecutive elimination-game victories is impressive, but the grind of those games will take its toll.

The Tigers haven’t needed a miracle this entire postseason. Yes, they did go to the fifth game of the American League Division Series with the Oakland A’s, but it was the A’s who needed a miracle – the task of beating Justin Verlander. The most dominant pitcher in the game did what he was supposed to do. He threw a complete game shutout, striking out 11 A’s in the process.

After eliminating the postseason darlings in the A’s, the ALCS featured Tigers-Yankees. A Derek Jeter broken ankle or not, the Tigers completely obliterated the New York Yankees from the very beginning, needing only one Verlander start during the sweep. The Tigers outscored the once-potent Yankees lineup 19-6 (four of those six runs came in the 9th inning collapse from Valverde in Game 1), in addition to a combined 1.38 ERA out of its pitching staff.

If those numbers aren’t convincing enough, I’ll reiterate – Verlander started one game in that series. After coming up short in the 2006 against the Cardinals and losing in the 2011 ALCS to the Texas Rangers, this is his time to shine.

Verlander’s numbers for the postseason are quite ridiculous, but Verlander-esque to say the least.

The man is on a mission.

Verlander takes the mound tomorrow night in Game 1 and will also start in Game 5 if necessary. If the series gets to Game 7, which it won’t, Verlander will be available from the bullpen. How’s 100 mile-per-hour heat sound in the ninth inning to close it out? I’ve never experienced a fastball like Verlander’s, but if I were a Giant, that’d be the last thing I’d want to face with the game, and World Series, on the line.

If Verlander is pitching in potentially three games, where do the Giants have a chance, you ask? Can their pitching limit the Tigers lineup? Does the Buster Posey/Pablo Sandoval combo strike fear into the Tigers staff?

The simple answer to those questions consists of two letters.

The Tigers staff didn’t just shut down Cano/Teixeira/A-Rod/Granderson/Swisher in the Yankees lineup, they embarrassed them.

I’m once again sorry Giants fans, but a lineup featuring Marco Scutaro as the hottest hitter doesn’t exactly send off the alarm signals in the Tigers dugout. Sandoval has been great, but Posey has had a quiet postseason. Expect that to continue against Verlander and Co.

While the Giants consider themselves having a solid pitching staff, the Tigers will be able to put runs on the scoreboard. A lineup featuring Triple Crown winner Miguel Cabrera and postseason phenomenon Delmon Young will have no problem scoring runs against Giants’ lefties Madison Bumgarner and Barry Zito. Sandwich the home-run mashing Prince Fielder between those two righties and the Tigers’ lineup is virtually unstoppable.

There isn’t reason to believe the Giants won’t pull of another improbable comeback (see 2-0 deficit in NLDS vs. Cincinnati, see 3-1 deficit in NLCS vs. the defending World Series champion St. Louis Cardinals), but those teams didn’t have a Justin Verlander. Cincinnati threw Mat Latos in it’s Game 5 and St. Louis threw Kyle Lohse. While these two may be considered the aces of their respective staffs, Verlander is on a whole ‘nother level.

Although I see the Tigers winning in five games, I do see the Giants winning Game 2. However, Detroit will close it out at Comerica Park, with none other than Justin Verlander.

It’ll be the man on a mission who finally gets his ring.

The best player in the NBA, LeBron James, got his.

Now the best player in MLB gets his.