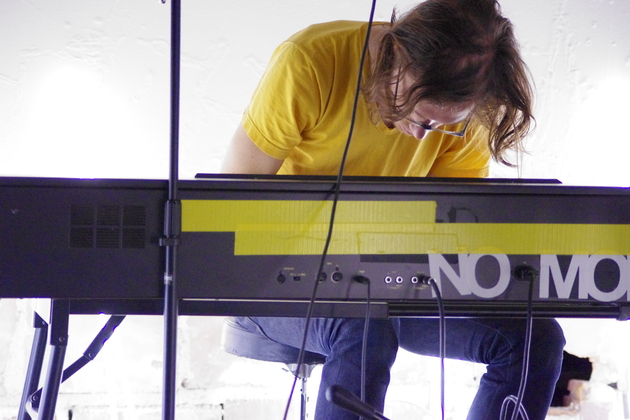 Christopher the Conquered might be one of the busiest artists at the Mission Creek Festival this week. Between his Thursday show at the Blue Moose with Leslie & The Ly’s and Kimya Dawson, his live taping of Iowa Public Radio’s “Java Blend” on Friday, and his inevitable appearance at the KRUI Mission Creek Lounge, Chris Ford will be a busy man. And that seems to be the norm for him.

Recently, Ford and his bandmates worked with directors Ashley Tape Fleming and her husband Patrick Tape Fleming (of Iowa’s own Poison Control Center) to create the video for “Free to Try (Not Always To Do)”. The video explores what it means to be an artist rather than a business man—both of which are roles Ford balances in his daily life.