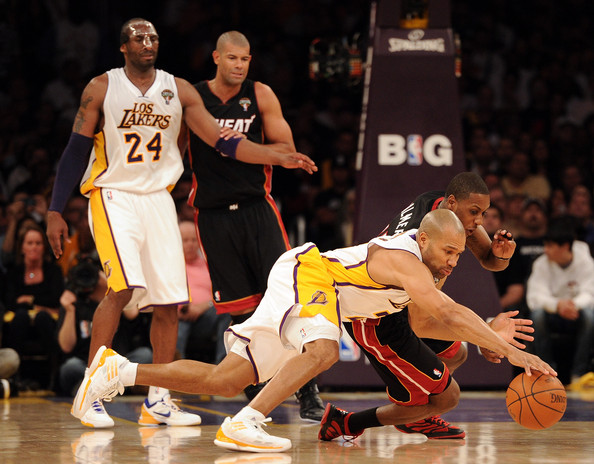 The NBA trade deadline came and went last week and a few teams will benefit greatly long term from the players they acquired.

The Bucks traded away their 2005 #1 overall pick, the oft-injured Andrew Bogut.  He’s been hampered by injuries the last three seasons, and by now has become a financial setback. They were also able to get rid of Stephen Jackson, who has also had an injury plagued season and, when healthy, couldn’t crack Coach Scott Skiles’ rotation. The Bucks were able to acquire scoring guard Monta Ellis and a young big man in Ekpe Udoh. If the Milwaukee franchise able to draft a center to replace Bogut, the future will look very bright. The average age of the team’s players is 25.6 years.

The Clippers acquired an explosive scorer in guard Nick Young from the Washington Wizards while giving up seldom used Brian Cook and a future second round draft pick. Young has been labeled as immature, but he is exactly what the Clippers need—a perimeter scorer to replace Chauncey Billups. If Young can mature while playing alongside point guard Chris Paul, the Clippers are a serious championship contender from here on out.

The Spurs got rid of Richard Jefferson, and they reacquired Stephen Jackson, who won a championship with the Spurs in 2003. Jackson comes to a Spurs team that is averaging 100.8 points per game, which is 4th in the NBA. The Spurs have a potent bench—and whether Jackson starts or not—he will be counted on for the Spurs to make a deep playoff run.  San Antonio is making one last championship push.

The Lakers traded away longtime Laker guard Derek Fisher (37 years old), and they also got rid of Luke Walton, who turns 32 at the end of the month. The Lakers got the young point guard they were looking for in Ramon Session, who is averaging 10 ppg and 6 assists per game on the season. The Lakers also received a young big man in Jordan Hill, who could help reduce Andrew Bynum and Pau Gasol’s minutes. The Lakers have all the pieces now to make a serious playoff run.