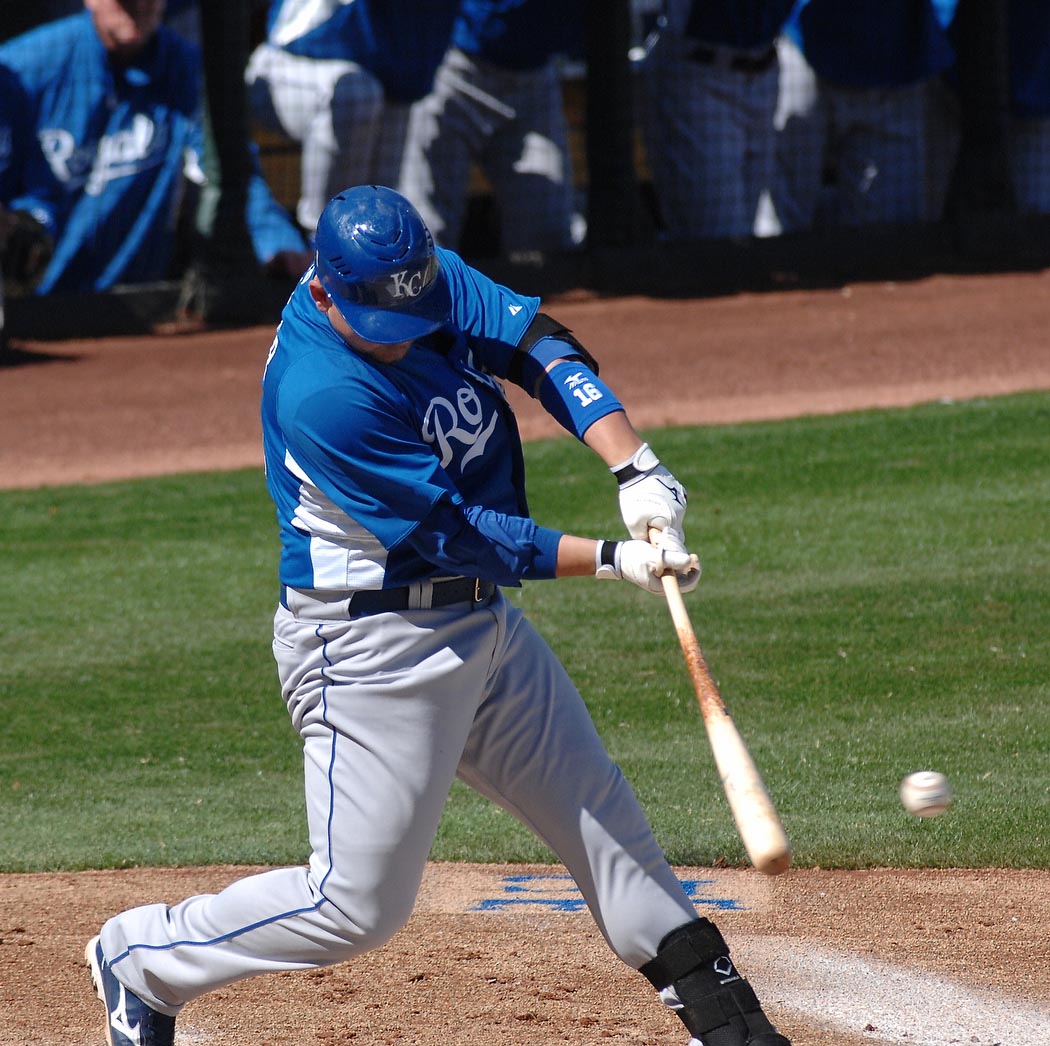 Prince Fielder has a new home in Detroit. The fiery Ozzie Guillen now has a new managing position on south beach. The Indians are exercising the free agent and trade market, and the Royals are slowly, but surely getting older and more experienced with a ton of upside. Then there is the Twins in Minneapolis who took the 2011 season off. The AL Central, as always, will be interesting and a lot of fun!

There was really no reason that the Twinkies lost as many games as they did last year. Virtually the same Twins team that won 94 games in 2010 nearly lost 100 in 2011. Justin Morneau has struggled with concussions and injuries, while MVP candidate, Joe Mauer is now being questioned as a leader. Minnesota has a very underperforming rotation with Carl Pavano clearly aging, Liriano struggling since his surgery, even though he pitched a no hitter last year. Baker and Blackburn have spent their entire careers in Minneapolis and they have had success, but last season nothing went right for the heart of the rotation. Run support did not happen and even though they tried to revamp slightly in the offseason, they really only signed role players. There is no question that the Twins have the stars in Morneau and Mauer, but the guys around them underperformed. Michael Cuddyer who led the team in batting average, homeruns, runs scored, and OPS is no longer with the team and in his place is Josh Willingham, a seasoned veteran in the bigs and he will look to be a role player. They do have young talent in Ben Revere, who last season improved throughout the year in nearly every aspect of his game, with 34 steals, and 56 runs scored. He is a speedster and coupled with Denard Span, he should be able to set the table for the big boppers in the middle of the lineup. It will be a theme throughout this preview, that other than one team (Detroit), this division is extremely down, and although the Twins will be rebuilding again this year, they are in a good position to make some noise. Come on, they won 94 in 2010, and then only won 63 the following year? Something is fishy with that.

The Royals are seen as the bottom of the barrel team in the division, but in reality, this team has a ton of potential. They are extremely young around the infield with the oldest infielder being Alcides Escobar at 25 years old. Their outfield is similar with the exception of veteran, Jeff Francouer, but even Francouer is a ripe 28, and he will be coming into 2012 after having his best year since the 2006 campaign with the Braves. In left field, Alex Gordon displayed some promising power last year. The pitching got a heck of a lot better in the offseason, by adding Jonathon Broxton to the bullpen and Jonathon Sanchez to the rotation. Luke Hochevar and a revitalized Bruce Chen will look to throw 6 to 7 innings per outing and hope this team can get some run support off the big bats from Billy Butler, Gordon, and sophomore 1B Eric Hosmer who has a great future in this league, and could break out as a top hitter as early as 2012. This team will have to be scrappy and will need a lot of help, obviously, to win the division, but they could make a run and don’t be surprised if the Royals are in the thick of things at the all-star break, and beyond.

The AL Central has seen the White Sox deteriorate over the past few seasons because of moves gone wrong. They brought in slugger Adam Dunn prior to the 2011 campaign and he was awful, batting .159 on the year, and only smacking 11 bombs (both numbers significantly lower than 2010). The White Sox have some young talent and new manager Robin Ventura will be tested this year as to how well he can evolve that talent to compete in a top heavy division. The starting rotation is young with a lot of upside. If Peavy stays healthy, he can contribute a great deal for them, and look for Gavin Floyd, Phil Humber, and John Danks to all improve on their 2011 season. The White Sox will have an interesting feel this season without Ozzie at the helm, but they will have the persona of a rebuilding team with a lot of unproven talent. That unproven talent will need to alter that title if they want a chance at a playoff berth in 2012.

Cleveland went out and nabbed Ubaldo Jimenez from the Rockies in 2011 before the deadline and they have put a competitive team in place. Derek Lowe is a good add for the tribe because although he is spiraling toward the end of his career, they have provided him with a rotation in front of him to get him plenty of rest and not hold as much bearing as he was responsible for in Atlanta. Kotchmann will start at 1B, but other than that, the roster will look the same as 2011. Grady Sizemore is going to miss the opener with a back strain suffered in spring training, but they have learned to be successful without him and if they can get him back healthy at any point, they should reap great benefits. Unfortunately for the Indians, they don’t really have any impact players in the farm system for this year, but with Francisco Lindor and Ronny Rodriguez in the minors as middle infielders, we could see them try to shop one of them with youngsters, Cabrera and Kipnis already on the MLB roster. If he Indians are even remotely in it, don’t count them out of trying to make a deal to bring in a solid player, much like last year with Ubaldo.

It is no secret that the Detroit Tigers are the favorite to win the AL Central division. Justin Verlander will come into the 2012 season off of one of the most dominant seasons we have seen by a pitcher. The rotation behind him continues to get better and better, while remaining extremely young. Porcello, Scherzer, and Fister are all incredible arms with experience and talent. Jacob Turner has a Verlanderesque feel about him, at the ripe age of 20, with great stuff. The best closer for the Tigers is still Jose Valverde who converted 100% of his saves last year and Phil Coke and the bullpen should be able to get him 40+ more opportunities again. This isn’t even touching on the hitting and potential in this lineup. We saw an incredible duo with Ryan Braun and Prince Fielder in Milwaukee and we all thought that the duo was dead with Prince. The Tigers decided to take it upon themselves to put Prince with arguably the best hitter in the American League in Miguel Cabrera. Miggy has lost weight, built muscle and will be making the transition to 3B from 1st, to open up the 3 spot for Fielder. With developing youngsters in Brennan Boesch, Delmon Young, and Austin Jackson in the outfield with All-Star catcher, Alex Avila behind the plate the Tigers should be the team to beat in the division.

Division Outlook:
No secret here that the American League Central is a down division with a lot to prove in 2012, but there is some room for some incredible storylines, some predictable, and some surprises. The Tigers will be one of the most fun teams to follow because of Verlander and Jose Valverde on the mound and Prince Fielder and Miguel Cabrera at the corners of the infield and at the plate. It will be interesting to see how the Minnesota Twins react after after the incredible horrible 2011 season. The White Sox still have a lot of sluggers with a combination of young pitching and could compete at a high level if Robin Ventura makes a difference in the clubhouse with Adam Dunn and Paul Konerko trying to find the fountain of youth. If things come together for the Sox they can make a run because they have the tools. The Royals are about a year or 2 away from being a true contender in the division if the Tigers fall off because Hosmer and Butler are going to be power stars, and Alcides Escobar and Alex Gordon can be a force in the middle of the infield. The Indians were a surprising buyer at the break in 2011 and we could see this same mentality this season. If they can keep their guys healthy, they actually have a pretty good roster with a good deal of balance, but they need to stay healthy. The division will probably only see one team in the playoffs, but that is fair for a division that has the majority of teams rebuilding and trying to develop young talent.

Reasoning:
This is the hardest division to pick beyond the division winner. Each teams has a ton of potential, really, but each team maintains a lot of risk. The Tigers are a clear choice to win the division, and outside of the insane asylum, I think the majority of people are going to pick Detroit to be on top of come October, and it is not a stretch to see this team winning 110 games. After them, I put the Twins in 2nd, because they have the nothing to lose at this point in time. Justin Morneau is supposed to be at full speed all season, and they still have the best catcher in the Bigs behind the plate, with Mauer. Jason Marquis is a huge acquisition for Ron Gardenhire, because it will ultimately let him take less pressure of the top of his rotation, which is aging. Matt Capps is still a very good closer and a lot of their season will depend on him getting back to his numbers from 2009 and 2010. The other positions set up well for the Twinkies to be able to produce runs and if they aren’t, don’t be surprised to start seeing more and more unknown names come out of their farm system because they have a very bright future there with the likes of Miguel Sano, Eddie Rosario, and Aaron Hicks. After that surprise, the White Sox are in a good spot to have a strong year as well. The farm system is a long ways away from being ready to start sending up guys, but for now, they are very balanced with young talent on the Major League roster, especially pitching. Look for youngster OF Dayan Viciedo to break out in RF now that Carlos Quentin is gone, and emerging superstar 2B Gordan Beckham to put up strong competitive numbers this year, after digressing the last 2 years and frustrating White Sox fans. It is no secret that the Indians and Royals are rebuilding and they will go through some growing pains this year. My picks here are based strictly on veteran leadership with a good balance of youngsters for the White Sox and Twins, that the Indians and Royals lack right now. Unfortunately for me, this will probably be completely and totally wrong because this division has the ability to be completely turned upside down with the exception of Jim Leylands crew in Detroit.