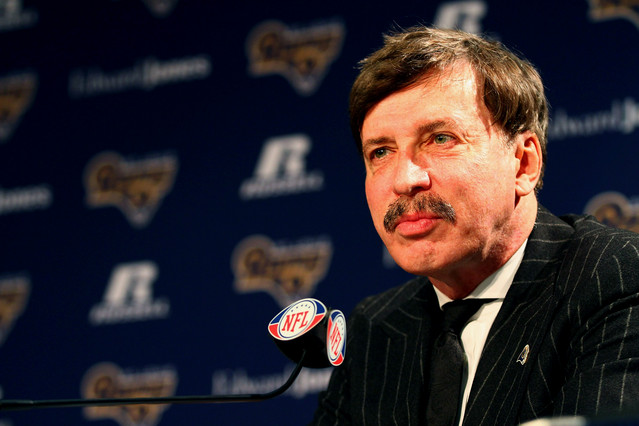 Pit-Wrecked: Recently Jimmie Johnson, one of NASCAR’s longest winning racers of all time, is likely facing the hardest challenge of his career.  His crew chief, Chad Knaus, has been suspended for six races for not bringing JJ’s car up to NASCAR regulations for the Daytona 500.  As a drastic result, Johnson’s car was wrecked on lap two.  That outcome pummeled JJ into NASCAR’s point standing basement.  He currently trails the leader, Matt Kenseth, by 70 points.  While JJ has been able to overcome large point deficits before, this may be too much, even for a 5 time champion.  At one of the most critical turning points in JJ’s hall-of-fame career, his crew chief is suspended.  Right now, JJ needs him more than ever.

Jammed Rams: In the upcoming NFL draft, the St. Louis Rams currently have the No. 2 overall pick, otherwise known as the “toxic pick.”  This is a sticky and unkind situation for the Rams because they need help at just about every position except QB.  While the Rams have gotten several offers from other teams, it may be in their best interest to keep the pick and draft someone they can use, like Justin Blackmon out of Oklahoma State.  Unfortunately, the No. 2 pick is “toxic” because the Rams have to pay that player an enormous amount of money because he is drafted extremely high.  St. Louis needs help at several other positions and can get two or three really good picks if they trade their 2nd overall pick, which they are considering and listening to offers.  They are in an inevitable position of being up on the wrong side of their decision (or indecision) in regards to this pick.  If they trade it, they forfeit a really good player and if they keep it, they can only get immediate help at one position.

Name Must be Clipped: Darrell Bailey or “Clipper Darrell” has been a lifelong fan of the Los Angeles Clippers for his entire life.  Cruel fate has finally blessed his beloved team with talent as the Clippers are finally headed in the right direction and are in good position to win their division.  However, now that the Clippers are good, the team owners have wanted Clipper Darrell to stop wearing his suit, drop his name, and stop being the diehard fan that he is.  This is absolutely ridiculous because the franchise has been nothing short of an absolute joke since moving to L.A. in the early 1980s.  Let the lifelong fan keep his moniker and root for the team he has always loved.  The Clippers should be fortunate that they have had a fan as devoted as Clipper Darrell since they only seem to have a winning record once every decade.

Not Loving this Valentine: It has been over 10 seasons since Derek Jeter’s flip to home plate nabbed Jason Giambi and sent the Yankees to the World Series which they ultimately lost to the Arizona Diamondbacks, but Bobby Valentine still thinks the play was a fluke.  The new Boston Red Sox manager has reason to hate the archrival Yankees, but not over this.  Valentine was not on the Yankees or Oakland Athletics team during the 2001 ALCS but he still thinks Jeter takes too much credit for the series win.  Fate can never seem to shine upon the Yankees as Derek Jeter and Alex Rodriguez are two of the most hated sports figures in America.  Valentine has also recently bashed A-Rod for being “too sensitive,” referring to his incident with Bronson Arroyo in 2004 when he was hit by a pitch that ignited a bench clearing brawl.  Valentine should focus his attention on trying to make Red Sox nation forget their historic meltdown in the 2011 season and not focus his attention on beating up on some of the easiest punching bags in sports.

Hunted Tiger: Tiger Woods is ready for a comeback.  Unfortunately, fate has played its hand Woods does not seem to have overcome all of his demons regarding his free-fall.  The media still bashes Woods for his erratic play and his subpar performances tournament after tournament.  Leave the guy alone and pick on someone else for a change.  The mainstream media constantly focuses its attention on Woods because it is easy to make fun of this guy.  Let him play golf.  The Masters is coming up and Woods is trying to focus on that but the media will never let him let go of his mistakes, nearly three years ago.