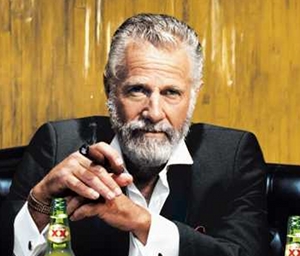 The NBA has developed into an interesting polarization of superstars aligning together in an effort to get a leg up on opponents in order to win championships. Lebron James, Chris Bosh, Chris Paul, Carmelo Anthony, Ray Allen, Kevin Garnett, Carlos Boozer, Deron Williams, and other all-star NBA players have joined forces to make super teams in the biggest markets in sports like New York, Miami, LA, and Chicago. The phenomena of NBA superstars changing teams to compete at a higher level and win championships is nothing new to the sport, but the media coverage of events like Lebron James and his announcement has created a stigma with the “new” NBA, that is overshadowing the league.
The most recent and arguably the most intriguing player in the free agent market discussions is the monsterous 6 foot 11, 265 lb, 26 year old, defensive power house, mild-mannered, Dwight Howard.

Dwight David Howard grew up in Atlanta, graduating in 2004 after leading his school, Southwest Atlanta Christian Academy to a state title. Howard was the first overall pick right out of high school in 2004 by the rebuilding Orlando Magic. In his second year with Orlando he converted to Center from PF (the position he played in high school).  The giant had an impact immediately and has developed into the most dominant center in the NBA. In his 7 year career with the Magic he has averaged 18.3 PPG, 13 RPG, with 2.2 blocks per game. He has been selected as the NBA defensive player of the year 3 consecutive seasons, from 2009-2011, and has been a 6 time all star.

Howard has incredible talent, incredible athletic ability, and an uncanny personality, so why is the topic of such discussion lately in the NBA?

Simple Answer: Dwight Howard is a free agent after the 2012 season, and he is having the best year of his career, single-handedly keeping the Magic in the playoff hunt. Wherever he ends up will change the NBA as much as when Lebron took his talents to south beach.

The media hype surrounding the Magic’s decision with #12 has been publicized immensely in a time where polarization in the NBA is running rampant because if he follows suit of other superstars like Lebron James or Carmelo Anthony, Dwight could ultimately change the dynamic of the league entirely, depending on where he chooses to spend his future.
This article will not necessarily break down the likelihood of each of the following teams to get Howard, but will explain the scenario that would likely have to take place for Howard to end up there and what it would ultimately mean for that team and the league in general. This article will simply grade locations and evaluate what would need to happen for the big man to end up there.

The Teams (In no particular order):

Dallas Mavericks:
The Mavericks would be an interesting choice for Howard because of the age factor. It is no secret that the defending NBA Champions are an old team and the majority of their players will start to decline rapidly, which is something that we have even seen this season. If Dwight were to go to the Mavs he would have a pretty nice chance to be a part of a quality roster in the immediate though. Dirk still has the skills to play at a high level, obviously (see 2011 postseason). Dallas added Lamar Odom, who has been a role player nearly his entire career and with Howard there, he would be able to get back into that comfort zone for him. The biggest draw here for Howard would be if the Mavericks were able to convince him that they are going to aggressively pursue Deron Williams in the offseason, when his contract with the Nets expires, but Williams has said that he would like to stay in New Jersey. That would all depend on if the Nets brought in any talent around him. Interestingly enough, Williams is from the Dallas area and grew up there.

New Jersey Nets:
The Nets have the three qualifying factors for a team to get Howard. They have the guys to potentially work a trade to Orlando, are a big market team, and would not be completely depleted, as Deron Williams would still be there, and probably stay if Dwight ended up there. The Nets could potentially acquire Howard by moving Brook Lopez, Marshon Brooks and a whole bunch of draft picks, but would they want to do that? The biggest halting factor with that is the little tidbit that Howard’s contract is up and he might not resign. If they were to lease Howard for half a season and do not win a championship and he bolts, they are left with the skeleton of what used to be a roster, no draft picks to reestablish the roster, and a very angry Deron Williams who will probably leave. The Nets would need to be completely sure they could retain the all-star center if they want to pursue him.

Boston Celtics:
The Boston Celtics are old. Very old in fact. Kevin Garnett, Ray Allen, and Paul Pierce are all on the downward part of their careers (even though Pierce is an all-star this year). The Celts made it no secret last year that nobody is off limits when they virtually dangled Rondo out in front of the league to entice them. The biggest issue with this is if they acquired Howard, but got rid of the guy that would be giving him the ball, how long would they have to be successful before they fall into the exact same dilemma that Orlando is facing, with Howard being their only player worth anything. Ideally the Celtics would wait until this season is up when Ray Allen and Kevin Garnett’s contracts come off the books and they could sign Howard while retaining Rondo and Pierce. The biggest issue with waiting is that, by waiting, the list of potential suitors grows exponentially in size and the odds of signing Superman decreases.

Los Angeles Lakers
For some reason, unbeknownst to me, the Laker are actually in the running for Howard. It makes perfect sense that an elite center should Join Kobe Bryant and Pau Gasol in LA, right? Yes, that is completely correct, but they have just that in Andrew Bynum, who is arguably the second best center in the NBA (unless you ask Skip Bayless, who will recklessly tell you he is even better than Howard). The Lakers would be an enticing option because of the big market, and that is a huge factor for Howard because of exposure and playing with Kobe would not be half bad. It did work out pretty well for Shaq. The Lakers are on Howard’s list of places he would like to go, but in all reality, it seems implausible that they would essentially substitute an older Howard for a blossoming young player in Bynum, but Kobe is not getting any younger and if they want to win now, they might not be able to allow Bynum to progress.

Chicago Bulls
The Bulls are one of the top teams in the league and seeing them get Howard would seem impossible, right? Not necessarily the case here. The Bulls actually have a lot to offer for Howard. There are 3, count them, 3 possible scenarios that Howard could end up a Bull. The first would be some kind of megadeal, including essentially the entire roster of the bulls (Noah, Gibson, and Deng, Jimmy Butler plus more) for Howard and Turkoglu with Ryan Anderson. This seems much less likely than it did a month ago because Loul Deng is now a well-deserved all-star and the Bulls should not part ways with him. Another version involves Carlos Boozer, Joakim Noah, and Butler for Turkoglu and Howard. The final and most likely situation would be Howard to the Bulls for Noah, Gibson, and C.J Watson. Depending on how much weight the Bulls put in winning championships immediately, these options are viable, but they could also believe in their current team and shy away from mixing it up. A caveat to this is that Howard and Rose are both sponsored by Adidas and are friends off the court. Chicago presents a big market and should be appealing for Howard, as well.

Los Angeles Clippers
It is extremely hard to see the Clippers making a push for Howard, but Howard has noticed the things they are doing in LA with Griffin, Paul, and Jordan, and has recognized that he would not be opposed to going there originally, but since has gone away from it. The Clips would have virtually no options to try and acquire Howard before the deadline, but once free agency hits, they could have a shot at him. Imagine the LA Clippers with Howard, Jordan, and Griffin, with CP3 dishing dimes. Lob city? More like Lob Planet.

Orlando Magic
Hey! Let’s not forget about the Orlando Magic. The Magic is where Howard has spent his entire 6 year career, with a lot of success, and they have expressed interest in retaining Dwight to build a team around him. The biggest problem with him staying in Orlando is that enticing other superstars to come to a smaller market than they are already in, Deron Williams from New Jersey or Dallas to Orlando, seems implausible and very difficult task. The good news for the Magic is that Superman probably is not going to go anywhere before the All-Star break because he would have to go back to Orlanda to play in the All-Star game. This gives them time to court Howard and show him it is worth staying.
Many other factors will play in this too. It surfaced in January that Howard was starting to show signs of verbal leadership for the Magic, yelling at players for not trying and showing a lack of effort. This can be taken either to signify that the star would want out because of the lack of commitment by everyone around him, or it could be seen as a challenge that he could take on, and him getting vocal is a sign that he does want to stay there.

No matter what happens before the trade deadline, Dwight Howard will remain in the backs of everyones minds as the season progresses. Once free agency hits next season, regardless of where the defensive champion is, his contract negotiation and retention will be a hot topic.
Only time will tell, but it should make for some incredible NBA discussion over the next several months.

There is no question at this point in time that Dwight Howards futures could determine the landscape of the NBA for the next 5-8 seasons and that makes him the most interesting man in the league and maybe the world.