America’s Pastime is around the corner, with pitchers and atchers reporting in just a few short days, but the Major League Baseball season won’t be underway for another painful two months. With all of this time to wait, we might as well get our instruments tuned, our thinkers thinking, and our analysis on. This is the first installment of a 6 part, weekly series of MLB Division Previews, leading up to the season.
Enjoy!

Final standings from the NL West in 2011:

The Padres struggled in 2011 to string together wins and really were forced to revamp their roster in the offseason. They still have Cameron Maybin, who is a center fielder with a ton of upside. The speedster played in his first full season for a Major League Ball club, batting 516 times in 137 games, with a .264 batting average, 82 runs scores, and 40 stolen bases in 2011. The Padres clearly were not happy with the production last season so they went out and snagged a couple of proven big-leaguers in OF Carlos Quentin, and former Colorado Rockies Closer, Huston Street, as well as OF Mark Kotsay. Street fills the void of Heath Bell who is now the closer for the Miami Marlins. Quentin is an under-the-radar acquisition for the Padres because although his numbers have started to decline the past few seasons from his MVP-caliber performances, Quentin is a winner, and has a great swing. He will bring power and high percentage at-bats to the line-up that struggled last season with those two categories.
San Diego will need to have a solid season at home if they want to be successful in this division. The pitching staff is sub-par because they are young, but with PetCo Park being a pitchers park, it could level the playing field if they are able to manufacture runs and get Maybin around the bases with Quentin and the young nucleus of Venable, Guzman, and Headley. The name of the game is confidence and experience. The Padres will probably have a long season unless they can get production immediately from Volquez, Stauffer and the rest of the pitching staff. 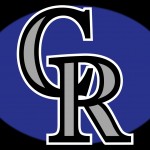 The Colorado Rockies clearly threw the year last season at the break, dishing their best pitcher in Ubaldo Jimenez, but they did everything right this offseason, bringing in a good mix of veteran guys to surround their already quality lineup. The Rockies have 2 guys that could be MVP candidates in SS Troy Tulowitzki, and LF Carlos Gonzalez. Cargo and Tulo combined for 56 HR’s, 197 RBI’s, and each batted right around .300, Tulo hitting .302, and Cargo hitting .295. These will continue to play a huge role in offensive success for Colorado, but they need to get guys on base in front of them. Dexter Fowler is a speed demon, but struggled last year to steal quality bases and get across the plate, only scoring 84 runs in a line-up where he should be scoring 100+.
The additions will help compliment the young talent with Cuddyer Scutaro, and Blake each bring something to the table with solid averages, good defense, and the ability to be role players. The line-up will not be the problem for the Rockies.
The pitching staff will showcase Jhoulys Chacin and Jorge De Le Rosa as the top 2 starters and they will need good innings from each guy. Drew Pomerantz will need to blossom as a force to be reckoned with as well, because he is a quality young prospect, and is probably the number 1 guy that they acquired out of the Ubaldo deal.
The Rockies have a nice balance on their team of stars, and youngsters, but the lack of experience in the pitching rotation could prove to be their demise, or propel them to a division championship.

The Dodgers had the best pitcher and hitter in the entire National League in 2011 in Cy Young winner, Clayton Kershaw, and MVP runner-up, Matt Kemp. Every season it seems that the Dodgers have the tools to win the division and things go awry early and often and they put themselves out of the division hunt. The only real consistent bat in the line-up is Kemp’s and although Andre Ethier has shown some incredible promise in the past, but inconsistency has plagued his career. James Loney has shown some promise, but his bat is known to take a vacation once in a while too. The Dodgers have the most drama surrounding them right now, with Frank McCourts lawsuit and bankruptcy, so it is extremely difficult to see this team impact the division race this season, with all of the other teams around them improving or remaining competitive in the free agent market, something that The Dodgers didn’t really do, by not addressing their need for hitting. 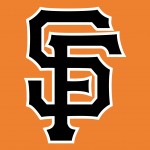 For the Giants, step one was simple. Avoid arbitration with Tim Lincecum. They succeeded in that sense, and actually in my opinion got a better deal than The Freak deserves, so that is good. The 2010 World Series Champs have a lot of rebuilding to do, but their offseason has been a good one. Avoiding arbitration with Lincecum is the biggest storyline, but acquiring strong role playing bats on offense in Melky Cabrera, Pagan, and Theriot will help them develop depth in the lineup. The Giants also get back phenom catcher Buster Posey, which should develop the dynamic of their offense and defense immensely. The rotation is still extremely strong, and remains one of the best in the league with Lincecum, Matt Cain (who will be playing in a contract year), Ryan Vogelsong (sparkled last season with a 2.71 ERA and a 13-7 record), Madison Bumgarner, and veteran Barry Zito.
Pitching is not the issue with Brian Wilson, one of the most elite relievers looming at the Closer spot, and probable set-up guy, Sergio Romo who posted a 1.5 ERA in 48 innings pitched last year.
The Giants success will live and die by their ability at the plate.

The Diamondbacks came out of nowhere last year with a Cy Young performance from their Ace arm Ian Kennedy. They don’t particularly pop on paper, but they have great chemistry. Justin Upton is continuing to progress into the star they were hoping he would be, Miguel Montero is among the elite young catchers in the game, and they added some great players to help negate the additions by the other divisional teams. Trevor Cahill and Craig Breslow have both pitched at a high level for an extended period of time and Jason Kubel is a great veteran who has played in some big games when with the Twins. The Diamonbacks needed more youth and more experience and they go everything they wanted and more, without sacrificing anything significant.

Division Outlook:
The Diamondbacks will start the season as the favorite to take the division, and that comes as no surprise to anybody. They made some great moves in the offseason and the key players for them will be a year older, and hopefully a year smarter. They will need Ian Kennedy to continue to be elite, and that could prove to be the case, but we have to remember that Kennedy was a .500 pitcher in 2010, and then went 20-4 last year. Those numbers will probably drop off slightly. The D-Backs will need Cahill and Breslow to acclimate to Arizona quickly and have an impact right away. Justin Upton is capable of having an MVP caliber season and that should set them apart, but they are still a very young team with not a lot of experience, so that could play a role in the division this season.
The Giants improves a great deal and could make some great strides early. If they want to compete for a division crown, they will need to rely heavily on their pitching, but those same arms got them rings just a season ago.
The Rockies and Dodgers are very similar in the sense that they have incredible talent, but just need to get some consistency. The NL West has 4 MVP candidates in it in Upton, Tulowitzki, Cargo, and Kemp. Whichever of those players can get the guys around him to produce run support for the quality pitching staffs will have the upper hand.
Frankly, the Padres are probably out of it. They don’t possess a big bopper like 2 seasons ago when Adrian Gonzalez was their 1B. They have a long way to go and the fact that they dealt Latos and Bell shows the look of a rebuilding team.

Reasoning: This division should be one of the most fun division to watch in baseball because of the young talent that will dictate who wins. I pick the Giants based on the risk/reward factor for them. They added two solid players in Melky Cabrera and Angel Pagan. The Giants also get Buster Posey back and he will look to have another great season behind the dish. Between Posey, Cabrera, and Pagan, with Theriot, their Wins Above Replacement (WAR) combined equals 10.5, meaning that by adding those players it will propel them above the wins mark of the Diamondbacks last season. The D-Backs did add some players as well, improving their percentages, but with the addition of Posey and Melky Cabrera (each with a 3+ WAR), combined with the Giants incredible pitching prowess, the have an incredible advantage that Bruce Bochy will need to take advantage of.
Now, you probably are asking yourself, well then what about the Rockies. The answer is simple. The Rockies appeared to be giving up last season by dealing Ubaldo to the Indians, but in reality they were improving and playing for this season and the future. Adding the veteran leadership with Scutaro and Cuddyer to help Dexter Fowler (Who I believe will break out this year), should set the table for Cargo and Tulowitzki. Todd Helton is 38 years old, but “The Toddfather” is still playing at a high level, hitting .302 last season with 69 RBI’s. The Rockies also have questions in the rotation because of the lack of experience, but they have an opportunity to be the most improved team in the bigs, much like the D-Backs did last year.
This division has a lot of underappreciated fire power and the winner of the division could make a splash in the postseason, much like San Francisco did in 2010.