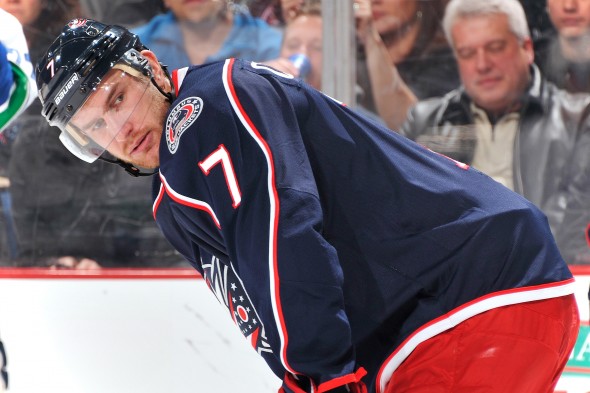 1. Bobbing for Wins: The Charlotte Bobcats are sitting at an abysmal 3-22 record.  The good news is that the season has only two months left and they cannot set the record for futility in a lockout-shortened season.  They also have Rookie-of-the-year candidate in Kemba Walker.  The bad news is they cannot win a game to save their lives.  Already riding a 12-game losing streak (they have not won a game since winter break), 6 of their next 9 games are against winning teams.  Try not to blink but the ‘Cats just might lose all of them if they are not careful.  Even the Washington Wizards, who own the second-worst record in the NBA, have posted 2 wins against them.  Can things get any worse?

2. Playing in the Cold: Columbus has had plenty to celebrate this winter with the Ohio State men’s basketball team playing very well.  Unfortunately, the NHL team that plays in Columbus does not.  The Columbus Blue Jackets have the misfortune of holding the worst record in the NHL by far (15-32-6) and the losses are far from over.  The majority of their remaining games are on the road and they are 5 wins back from being at least within the bottom five in the NHL.  No one is even close to holding the worst record in the NHL, so unless the Blue Jackets find a way to win games and go on several winning streaks, they might as prepare for the draft now since they will remain in the cellar.

3. Rocking Horse: Okay, this may be a terrible pun for the USC Trojans men’s basketball team, but not only are they in the Pac-12 basement, they have the worst overall record out of all the power conference schools in Division I basketball.  They are an awful 6-18.  But to their credit, they have won one conference game.  Texas Tech was close to being in my bottom 5 this week, as they are 0-11 in conference play but sport a 7-16 record, slightly better than the Trojans.  With seven games remaining and only a single game against a team with an overall losing record (Arizona State), there will be a lot of talk surrounding a coaching change, considering USC used to be a regular at the NCAA Tournament frequently not too long ago.

4. Fall from Grace: This sums up Peyton Manning’s past year in a nutshell.  After sitting out the 2011 season with a neck injury, there is a lot of talk on whether he will be traded or released.  If Manning is still on the Colts by March 8, he will be guaranteed a $28 million signing bonus.  However, with Andrew Luck looming in the draft, there will be a new quarterback taking the reins come September.  The Arizona Cardinals and the New York Jets have recently popped up as recent destinations for Manning, but the future Hall-of-Famer may likely serve as a mentor to Luck and will follow a similar path to Brett Favre and Aaron Rodgers.

5. Wishing You Did Not See: The last topic on my Bottom 5 may not be an athlete, but she did have a major blunder during the Superbowl halftime show.  Famous rapper M.I.A., for one reason or by accident, showed the finger into the camera and millions of people saw it.  The FCC was the first to jump on her, but this was embarrassing without question.  You are on national television and you do something as stupid as giving the finger to a camera!  M.I.A. can forget about appearing on camera for the rest of her career after that, as NBC was hit with several fines because of her actions.