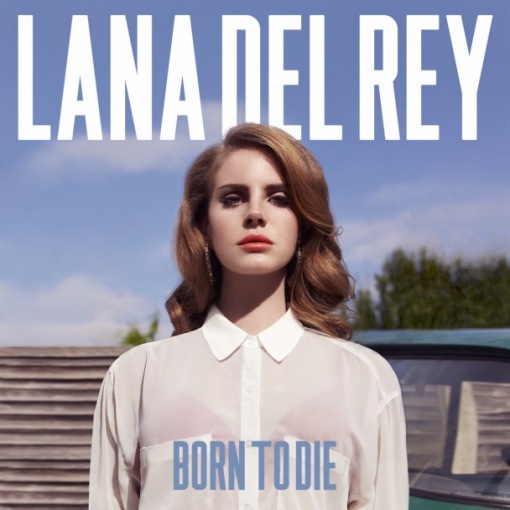 Video Games. This one single song has started a whirlwind of buzz, praise, criticism, and controversy within the music blogosphere concerning an artist that, prior to its release, flew under the radar.

The song itself is beautiful sounding to me—elegant harps and strings surrounded by an angelic vocal, and a fantastic chorus built on a lovely melody. To put it plainly, I think the song is great. The music video is perplexing, though. It features Lana’s ginormous lips mouthing the lyrics in a sultry, sexy manner, which isn’t too unusual to see in modern pop videos. What really struck me as odd concerning the video was the strange mix of visuals: scenes of skateboarders, old fashioned video clips, random skylines, American flags, and really anything else that people would draw emotion from. It all seemed so DIY, so retro and deep to me at first, but I quickly realized that the video wasn’t used to accompany the song, but rather it was used to create intrigue and discussion. It’s same technique used by Tyler, the Creator, when he dropped “Yonkers.” But instead of using shock value and gore, Video Games features artsy clips that are thrown at you randomly in an attempt to conjure emotion. Regardless of how you feel about image in music, this technique worked to Lana’s benefit.

Since the release of Video Games, a lot of things have happened. Pitchfork Media immediately featured it on their website as “Best New Track.” After this achievement, everything else started to go downhill from there. Debate over whether or not she had plastic surgery starting to surface on the internet. The gossip train progressed even further by a photo that appeared to be Lana Del Rey with smaller lips, thus suggesting that she may have had lip augmentation.

In late October, rumors that Lana was signed to Interscope records were confirmed to be true; which then queued supercilious hipsters to quickly jump off the Lana Del Rey bandwagon because she was destined to perpetuate into the mainstream spotlight.

In December, she released the music video for Born to Die that included tigers, romance, and the patriotic symbolism. Coming off the huge buzz from this single, she made her national television debut on SNL on January 16th, 2012. Words can’t even begin to explain what a tragic and god awful performance it was. I genuinely felt sorry for her as she poorly made her way up and down her vocal register with awkward timing, and a frozen stage presence to match. As poorly as that performance was, it still generated even more momentum for her upcoming album. (Bad publicity is still good publicity, right?)

The ups and downs, successes and failures, trials and tribulations of Lana Del Rey have now led us to a full body of work—Born to Die.

The gangsta Nancy Sinatra is how many have labeled her. I can’t seem to shake this comparison out of my mind. The comparison is hugely pretentious, but strangely enough, it makes so much sense. The sound of this album is composed of baroque pop layered over top of hip-hop beats. It’s actually sort of refreshing to hear the fusion of the two genres.

I am not going to go into detail about individual songs from the album, because they can be summed up within the next few paragraphs.

The songs contain a lot of extravagant production, which is mostly intentional. Beautiful string arrangements comprise the majority of this record, and make it hard for you to leave this sonic whirlwind of splendor.  Where this album falters, though, are the lyrics and themes.

I am not quite sure if I have ever heard so many pop clichés in my entire life. “I will love you till the end of time”, “You’re no good for me” “Let’s get out of this town”; these are just a few sprinkles of the lyrical rainstorm of unoriginality that come to ruin your sunny day.
Fortunately for me, I tend to see silver linings in most clouds. I love the album for what it’s worth: a beautiful sounding pop record. I won’t be coming back to this album for its lyrics. What I will come back for, though, is Lana’s celestial voice and record’s lavish production. Lana Del Rey, my guilty pleasure artist for 2012, has arrived early and is she is here to stay.

One response to “Review: Lana Del Rey – Born to Die”