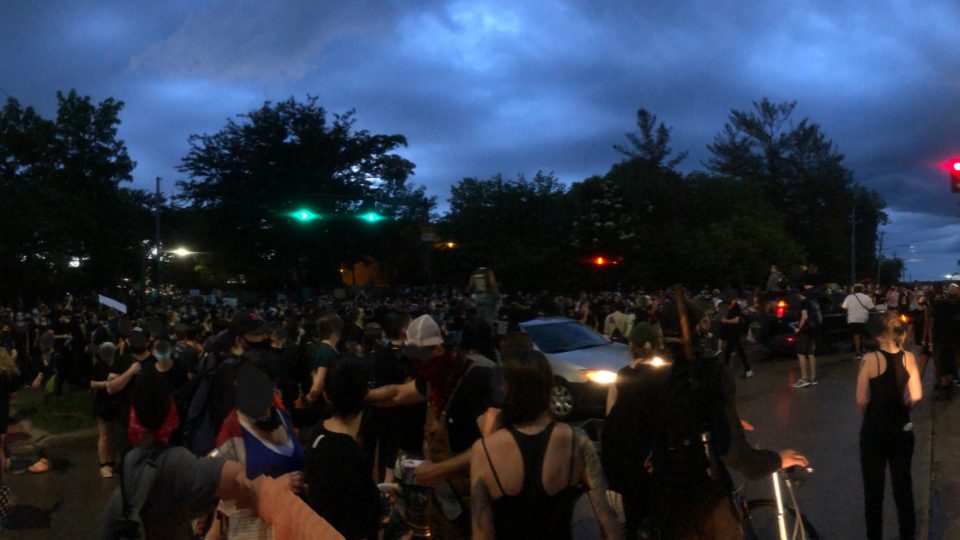 The University of Iowa sent out an email to students on Friday which detailed their plans for reform following the Iowa City Police Department’s recent use of teargas and flashbangs against peaceful protestors–inducing a seizure for one protestor and knocking others unconscious. In the email, they acknowledge “calls from members of our campus community to cut ties with the Iowa City Police Department”. Student Government demanded this same action in a mass email sent just moments before the University’s. After a paragraph discussing how the University must be a “driver of change” they list the plan’s steps. Any decrease of police presence on campus is noticeably absent, particularly when compared to the demands made by Student Government and voices across social media. In light of these, the steps for change given by the University range from ineffective to offensive.

The protests across the country this past week were sparked by an officer’s murder of George Floyd, and sustained by the tragic recent deaths of Breonna Taylor, Ahmaud Arbery, and Tony McDade. Since the inception of the Black Lives Matter movement, a demand for substantive change has never been so ubiquitous. The University’s Twitter post linking to their steps has currently garnered over one hundred comments from students demanding further action. So what do the people want? When comparing the demands of Student Government and the steps rolled out by the University, the shortcomings of their plan become obvious.

Student Government’s demands center around the University cutting ties with Iowa City Police Department as well as other law enforcement departments. Lifted from the email, they are:

Before discussing why this is necessary, it is important to address whether or not this is possible in the short term. As of last Wednesday, the University of Minnesota cut ties with its local police force, and public schools in Portland, Oregon have done the same. The petition included in the student government’s email currently has over 13,500  signatures. Not only is it possible, but it is necessary for students to feel safe on campus without a police presence. A common reason students want police off their campuses is that the police are continually not held accountable for wrongdoing, particularly against marginalized groups. Derek Chauvin, Floyd’s murderer, faced 17 claims of misconduct throughout his career and was still not removed from his position of power. Further, this is not simply a problem with individuals, but an entire system. Students do not feel comfortable around those armed to kill or harm with impunity.

On Wednesday night, when the peaceful protestors and cops met each other on Dubuque Street–just feet apart–one cop shook hands with a protestor. He may have been sympathetic to the Black Lives Matter movement. Just a minute later, the police began to fire off teargas and flashbangs. People retreated and tried to regroup further back on the road. I watched with hundreds of others as an innocent man had a seizure on the ground, and as ambulance workers and medics tried to help were teargassed as well. The cop who shook hands with a protestor is the same who stood by and likely participated in this violence. This is why the notion of “good cops” and “bad cops” is irrelevant to the discussion. As long as supposed peacemakers are armed with the tools to harm, and as long as violence is used to prohibit change towards a more equitable world, students will not be comfortable around police. We do not want our tuition money funding the same people who gas us when we peacefully march for change via mutual aid service contracts. A leader of the peaceful protests, Mazin Mohamedali was arrested Sunday night and is being held without bond. Mohamedali is a political prisoner.

The problem with these steps is that they are all based on pre-existing systems, and if these systems were functioning properly to begin with, there would be no nation-wide problem. What will having a school representative on the Community Police Review Board do when misconduct records like Chauvin’s show that Community Police Review Boards do not work? What will committing to Obama’s Police Use of Force Project do when the core tenet of the project is to watch what police do and then potentially make changes at an unspecified future date? While committing to hiring diversely is important, to quote Ice Cube, “Black police showing out for the White cop.” The supposed diversity of a police force does not change the fact that peaceful protestors were and will continue to be gassed.  Each of these steps is ephemeral, posing as a substantive change while actually being an insert for what may or may not lead to change later. There is no removal or even reduction of police presence on campus. There is no cutting of financial ties to ensure that the tuition students pay does not go to funding the police’s weaponry.

While Iowa has the third most disproportionate incarceration rate between Black and White people in the US, Iowa City is not known for having a particularly brutal police force. However, the protests are not about any one police force. These protests demand that both local and federal governments work to reimagine a version of the police that does not have the capability to kill or brutalize its citizens to begin with. They further demand that they do not sap funding from programs that actually will make communities safer, such as education, low-income housing, health care and mental health care, and the creation of jobs with living wages. For the University of Iowa it means following the example set by the University of Minnesota and cutting ties with the police force, thus leading the city in defunding, and safeguarding Black people in Iowa City and across the US. Unfortunately for the University, the protests are not demanding that they post the right slogan on Twitter. To speak directly to the University, until you comply with the demands of student government and thousands of other students, you do not hear us, you do not support us, and you do not stand with us.