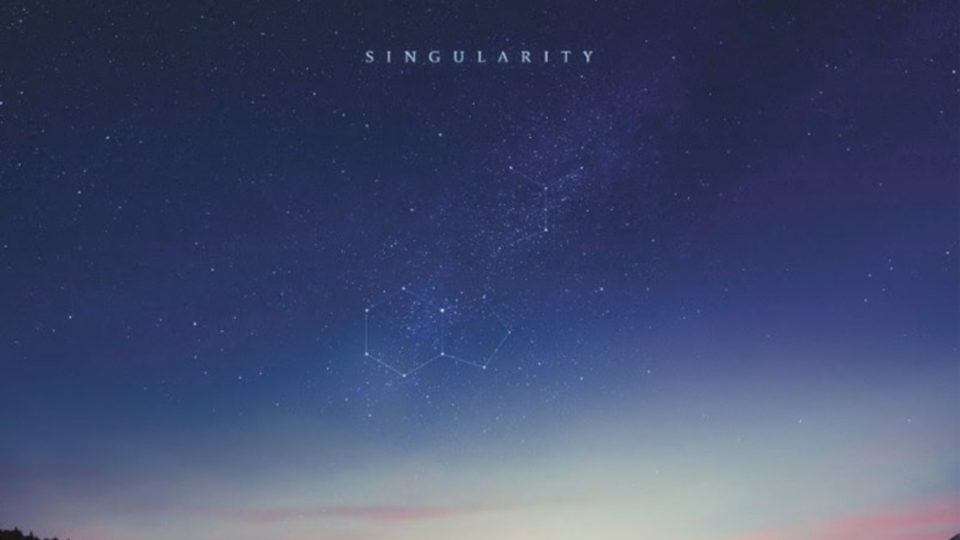 In the dead of night, a glimmering orb pulses through the darkness of the forest like a solitary strobe light. Moving closer, and upon further probing and prodding, the crystalline structure is alive and shaking, as if held back from its more explosive destiny. Above, that same mystical green shape fills the sky by the dozens. In uncertain terms, there’s something powerful about the eerie glow; it shapes and fuels this mysterious place. Then, as quickly as it unfolded, the ethereal accompanying video for “Emerald Rush” fades to black.

The cosmic music of Jon Hopkins creates living, breathing, and luminous worlds, unequivocally removed from our own, and existing beyond time and space. Illusive in the way that it defies simple classification, there’s consistency in the attention to detail in each of his works, whether they be his painfully infrequent solo works or more visible collaborations, like those with Brian Eno, friend and composer Leo Abrahams, and Coldplay (ever heard of Viva la Vida?).

This transportation isn’t a mere consequence of a process, but rather the heart of its purpose, as well as the benchmark of its success. The further removed from reality, and the more entrenched in the resulting meditative trance, the better.

This creative profile is little changed over a seventeen year period, but the form of its final product certainly has evolved. A debut LP, 2001’s Opalescent, resided in the space dust of 90s minimal electronica (think Global Communication or Seefeel), while the sweeps of synthesizer littered throughout Contact Note added a new layer of depth to his atmospherics. By the time Immunity, Hopkins’ most thoughtful and vibrant material yet, released in 2013, the amorphous tendencies of his C.V. were trending toward traits increasingly cinematic, danceable, and indubitably extraterrestrial.

In this vein, “Emerald Rush”, the first single from the recently announced Singularity, is an immense, immersive experience. The track unfolds like a lucid dream, providing ample space to acclimate to an environment woven around a teasing opening line and an unspooling of light keystrokes.

Peripheral textures soon evolve and disintegrate like a chromatic algal bloom, leaving behind a four on the floor bassline and an immovable sense of urgency. Carried forward by a satisfyingly melodic and techno-leaning riff, the collective mass creates a feedback loop of momentum that begs for a freedom from restraint.

At the four-and-a-half minute mark, the song bursts at its seams and ignites into a soaring freefall. Hopkins, a synesthetic savant, throws electric greens and blues into the mixture. The ensuing climax solidifies a transformation from scampering staccato to the most blissfully menacing dancefloor track in his discography. Full of flair in both its composition and delivery, the surprisingly lack of subtlety remains introspective in a way that only he can muster.

The only flaw in the journey passed is that it didn’t last longer; it begs for the context of a full album, which, per its press release, “is intended to be listened to in one sitting, as a complete body of work.” For a microcosm of a larger venture into one’s inner consciousness, “Emerald Rush” is a sparkling, well-produced gem of escape, or release, whichever you prefer.

Singularity is due out on May 4th on Domino Recording and is available for preorder here.