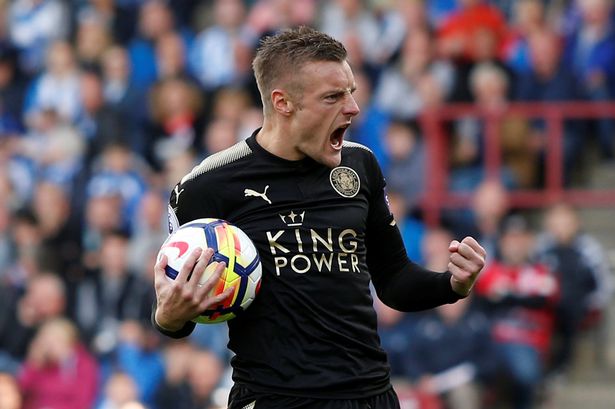 Bournemouth secured its first win on the year after a disappointing first four. These three points are all thanks to the heroics of 21-year-old Jordan Ibe. After being subbed on in the 65th minute, he assisted goals in the 67th and 73rd minutes to give his squad the lead for good.

Brighton played a quality contest on the road despite losing the possession battle. Pascal Groß grabbed an assist for Solly March’s first PL goal. Both clubs sit in the dungeon through five matches and this is a much needed win for Bournemouth.

Steven Davis scored early and the Saints held onto that lead the whole way. With three points, Southampton is lodged in with six other clubs at eight points. Mario Lemina played an exceptional game, completing 65 of 72 passes, sending five accurate long balls and taking two shots.

Crystal Palace played one of its best matches thus far, but still comes out with no points. Christian Benteke has been abysmal on the campaign, tallying zero shots and assists while averaging less than a 6.00 player rating.

West Ham stole a point in this one, getting yet another result after the poor start. Hammers defender, Jose Fonte, played his best contest on the year and helped keep the Baggies out of the net.

West Brom understandably left this match disappointed. This was a home match against a dungeon club before heading to the Emirates for the Arsenal contest. Losing this one also cost the club a chance at fourth place, but instead the team has settled in at tenth.

Wow. This team is on fire. Needing a win to keep pace with Manchester United, City did more than deliver. It was behind by six goals in the differential column and put up an improbable six to tie the Red Devils in first place.

I was immeasurably wrong here, as well. I put a lot of stock in Watford’s scoring ability and none of it showed. In easily its worst showing in the young season, there are some things to fix. On the bright side, this squad has a good shot at taking six points in its next two matches.

A pair of assists by Matt Ritchie gave Newcastle three points and also vaulted him into my Team of the Week. Newcastle shot up into fourth place after this impressive victory and Jamaal Lascelles’s second goal of the week.

With this loss, Stoke City have an unfortunate result after being the first club to draw Man United. Eric Chuopo-Moting’s exceptional game was followed by no shots on target, but this may not be all his fault: the squad played a 3-4-2-1 formation with Moting as an attacking midfielder instead of his typical front striker spot.

Not getting three points from 35 shots and 85% pass accuracy is certainly a let down, especially at home. Mohamed Salah played a great game and scored the lone goal for Liverpool, but he certainly tried to add on. Four shots on goal and three key passes led to plenty of chances, but Ben Mee and Nick Pope kept it a draw.

The Canadian midfielder, Scott Arfield, got the opening goal for Burnley in a match that didn’t see Sam Vokes until the 87th minute. Starting Chris Wood alone up top was a bold move, but it paid off for Burnley, getting the road point.

Jamie Vardy’s fourth goal on the year came as an equalizing penalty kick in the second half. Budding star Kelechi Iheanacho played an underwhelming game by being dispossessed three times, losing nine duels and not managing a shot on target before being subbed off before the 70th minute.

Sixth place Huddersfield managed more shots and possession in this draw, with midfielder Aaron Mooy looking phenomenal. His seven accurate long balls, three key passes and 14 crosses created many of his team’s 15 chances in this one.

More dropped points at Wembley for Spurs. Eight shots on target and a whopping 75% possession wasn’t enough to down a Swansea side that managed zero shots on frame. The three at the back left Ben Davies and Juan Foyth on the bench, but that didn’t keep the cross count down. Tottenham whipped in a season-high 42 crosses, but couldn’t find the back of the net once.

Swansea played a decent match, but the Swans’ goalkeeper was phenomenal. Lukasz Fabianski made eight saves and kept a clean sheet, pushing his tally to nine on the season. Swansea gets an impressive result on the road and increases its points total to five.

This was quite a surprise considering Arsenal’s recent run of form. It’s just the result the Gunners needed after another bout of calls for Arsene Wenger to be canned. Not only did the squad compete with such a strong Chelsea side, but it had multiple chances to steal all three points at Stamford Bridge.

Chelsea ended its winning streak at three games by dropping points at home for the second time this season. David Luiz broke his wrist on a challenge late in the match for which he was also sent off. He’ll serve a two-match suspension and is recovering quickly from the injury.

Manchester United has now won three contests 4-0 and the Red Devils have now scored nine goals after the 80th minute this season. Those nine are over half of the total scored through five matches and if the team continues to score in bunches, it will be nearly impossible to beat.

Everton held United to a lone goal through much of the match and nearly equalized a few different times. However, once the 80th minute passed, the sturdy defense collapsed and gave way to a barrage. With this result, Everton has now been outscored 9-0 in its last three PL matches.

Tottenham will win this road contest despite struggling at London Stadium in the past two seasons. In the past, the defense was plagued by Manuel Lanzini up top, but he is still dealing with an injury and will be sidelined. Javier Hernandez has never scored against Tottenham despite this being his fourth season in England and won’t find the net here, either.

Watford, coming off of sheer obliteration at home versus Man City, will get back on the right track against this Swansea side. Tottenham struggled up front against the Swans, but the Hornets will strike twice to get back in form.

An uninspiring loss against Newcastle left Stoke asking questions after such a great draw against Manchester United. Chuopo-Moting’s place up front has been altered multiple times this season, but if he reclaims his spot up top I think he’ll thrive once more. Chelsea will get its second draw in a row before returning to London to face Manchester City.

United has struggled with Southampton in the recent past, losing twice and drawing once since 2015. This contest will be different as the Saints defense won’t be able to hold United’s attack in check, especially in the final 15 minutes. Romelu Lukaku is also looking for his sixth goal in as many games.

Over a month in, these two clubs are as far apart as possible. Perhaps the most exciting club thus far, Manchester City has scored 15 goals in its last three matches (including Champions League). Crystal Palace, however, is the only PL team yet to score a goal on the year. It’ll be more of the same for both sides in this drubbing.

Everton is far better than its record suggests. Having played Manchester City, Chelsea, Spurs and now Manchester United, the Toffies now get a stretch of mediocre teams to gather points. Bournemouth secured its first win last Friday, but will have a tough time maintaining possession against Everton’s impressive midfield.

Still hanging around in sixth place, Huddersfield Town travel to Burnley in search of another draw to keep the campaign in shape. Burnley has yet to win against a team not named Crystal Palace since the opener and are due for three points at home. Welshman Sam Vokes and New Zealander, Chris Wood, will each get their third goal on the season to top this resilient Huddersfield side.

I’m looking at this one as the most exciting contest of the weekend. Liverpool hasn’t won since August and is still looking to find its offensive magic that led to that thrashing of Arsenal last month. Jamie Vardy is back on the scene with four goals thus far and his team will need him to score once more if the Foxes are to win this home contest.

Brighton at Falmer has been miles above Brighton on the road and against fellow promoted side, Newcastle, there will be more continued improvement. The defensive tandem of Dunk and Duffy have kept the Gulls in matches all year and will help keep Joselu out of the net.

Arsenal lost to West Brom 3-1 in March of last season to begin the Gunners’ slide into sixth place. The Gunners are a much-improved squad with both Alexandre Lacazette and Sead Kolasinac to counter Brom’s sturdy back line. Danny Welbeck has been in great form, as well, with three goals on the campaign.

Tier Four: The Lacking in Proof

Manchester City is evolving into the best Premier League team. The Citizens demolished Liverpool and Watford in the league and also crushed Feyenoord 5-0 in the Champions League last week. A team that has been plagued by injuries is finally shaping up with Gabriel Jesus playing the best football of his life alongside David Silva, Sergio Aguero and Kevin de Bruyne. The revamped backline is also holding opposing offenses in check as well as opening up opportunities to score via crosses. The club gets Chelsea in two weeks, which is a huge contest for both sides’ chances at the title.