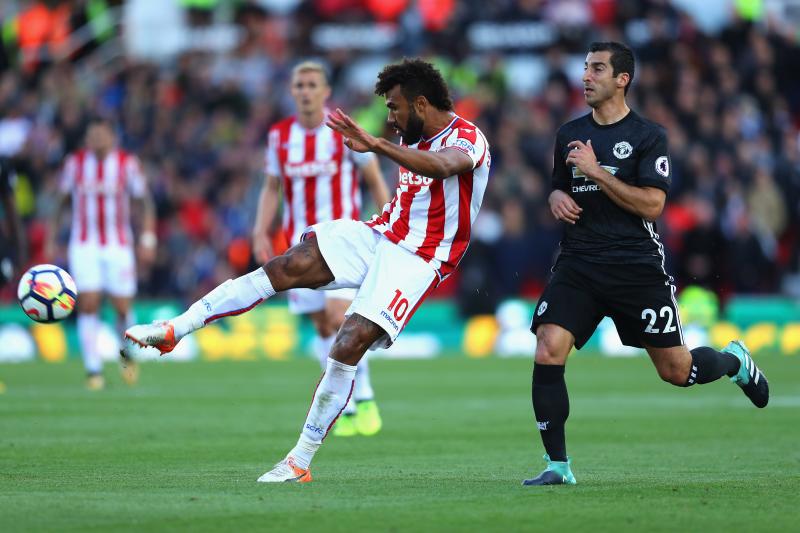 There was plenty of action across English soccer this week, with the PL resuming and both Champions League and Europa League getting started. Matchweek 4 provided 28 goals in this set of league fixtures, tying the opening weekend for the most thus far.

I couldn’t have been any more wrong about this one. I slotted Liverpool at second on my power rankings, lauding the Reds as one of England’s most talented sides. After Sadio Mane’s controversial red card, things got out of hand quickly.

This is not to say, however, that Manchester City did not play well. The Citizens exploited the loss of such a polarizing player and Sergio Aguero returned to form to lead the charge with a goal and two assists. Exploding for five goals, this is Man City’s largest win over Liverpool since 1937.

As far as much-needed wins, Arsenal are finally returning to form. Beating an undermanned Bournemouth squad at home is just what the doctor ordered after consecutive road losses. Managing nine shots on goal, the Gunners finished the chances they created and Danny Welbeck netted his second and third goals on the year.

Bournemouth’s Harry Arter got the ball into space for attacker Jermain Defoe, who got his second start of the season after this summer’s transfer. This squad still sits in the cellar with no points through four games and is looking ahead to Everton, Tottenham and Chelsea in three of its next five matches.

After what seemed a humdrum start with no goals in three contests, Brighton turned it on against West Brom for its first win. Pascal Groß notched a brace and an assist, working his way into my Team of the Week.

West Brom, after only allowing one goal in its undefeated start, conceded three before James Morrison’s consolation late in the match. Perhaps surprisingly, Ahmed Hegazy was subbed off early in the second half after Groß’s second goal. Hegazy has been a constant in that Baggies back four through the first three matches and his absence led to a third goal five minutes later.

Harry Kane is back! After another slow August from the English captain, Kane managed a brace at Goodison with two exceptional goals. Four days later, the talisman tallied another brace in the Champions League victory at Wembley over Dortmund. Christian Eriksen also added a goal in Spurs’ impressive win over Everton.

The Toffies have a lot to think about. Home ties against top-six clubs must provide points if Everton are to fill in for Arsenal’s absence. Not only is this 3-0 loss weighing the club down, but losing 3-0 to Atalanta in the Europa League is not a good start on the international trail.

This is not a surprising result, but the big story is former Leicester hero, N’Golo Kante, getting the winner against his former club. After helping the Foxes win their first Premier League title a season after avoiding relegation, Kante headed for Chelsea and won another title.

Chelsea are looking a formidable side since the opening weekend. After leaving all three points by conceding three goals against Burnley, the Blues haven’t allowed an opposition player to score from open play since. Leicester is one again settling into subpar play, finding itself in 17th place through four matches.

Watford is looking good. This road win puts the Hornets in fourth place, trailing only Manchester United, Manchester City and Chelsea. They’ll have a great opportunity to gain even more ground when this impressive squad play host to Man City on Saturday.

Defender Christian Kabasele earned his way onto my Team of the Week with some wonderful defending to keep Southampton out of the back of the net. The Saints lost a valuable opportunity here at home to go fourth and Manchester United loom after next week’s match with Crystal Palace.

Manchester United is no longer perfect after dropping points to Stoke City. Trading goals back and forth, Eric Chuopo-Moting netted a brace to get the draw for Stoke. Romelu Lukaku added to his tally and now leads the league in goals (4).

United still sit atop the league in first, but only on goal differential. Man City is coming off of a tremendous 5-0 victory and the two don’t play until December. There’s plenty of time for either club to gain a substantial lead, but that contest should be quite exciting in a few months.

Burnley gets its first league win in nearly a month with the early goal from Chris Wood. Crystal Palace has now begun this campaign goalless through four contest. After West Ham’s win, only Bournemouth join Palace at the bottom with no points.

Sam Vokes and Chris Wood are fueling the surprising offense this season with Burnley sitting in seventh place. Palace, however, is looking worse every single outing and will get Man City, Man United and Chelsea by mid-October.

Renato Sanches’s debut for Swansea was less than stellar, losing an astounding 12 of 16 duels. Dispossessed six times, Sanches was subbed off two-thirds of the way into the match. Swansea dominated possession, but Newcastle led the way with eight shots. It seemed the two would call it even, but Jamaal Lascelles, the center back, got the late winner.

Swansea has started this campaign better than I expected and the addition of Sanches should eventually pan out for the Swans. Newcastle snagged its second consecutive win and will get Stoke next.

West Ham, a team I had destined for a comeback and top-ten finish, has secured its first points of the season. The team had conceded 10 goals in three contests, but newcomer Joe Hart kept the clean sheet in this one.

Huddersfield began this campaign in stellar fashion, allowing no goals and finding its way into the top four. This result knocks the team down a few pegs to sixth, but there are certainly many bright spots to look to for motivation.

Bournemouth will get this victory, but only due to the heroics of Jermain Defoe. I like Brighton’s chances in this one, but Bournemouth is desperate for points. Anthony Knockaert has proven especially effective for Brighton, but won’t be able to stop Defoe in the final third.

Southampton dropped points for the second match in a row against mid-tier opposition, so the Saints will have to get a win from the worst team in the league. The midfield of this club will dominate Palace’s undermanned middle and own possession in this contest, en route to a win.

After getting its first three points of the new season, West Ham is taking a step in the right direction. Andre Ayew had an exceptional match, coming on in the second half to life the Hammers to their first victory. This positive trend will lead to a road draw against a tough Brom side.

This may be wishful thinking, but I really favor Watford’s offensive threat against Man City’s pacy back line. City is on a good run of form and fresh off of a Liverpool smash, however, the team lucked out in their last away match, needing a controversial stoppage time victory. Watford will make a statement to the league by getting a draw against another top club.

This match will prove much more intriguing than many may think. I like both teams in the attacking midfield and each side will push the tempo. Both sides have done well to keep the goals allowed tally low, so I’m very excited for how this one shapes up.

Liverpool is a club that was on the rise prior to the Man City thumping. The club will have to alter its tactics with starlet Sadio Mane out with a three-match ban, but shouldn’t have trouble at home versus Burnley. The away side got a win against Huddersfield, but has struggled in the midfield – an area that the Reds excel. Mane’s absence may even free up some space for newcomer Alex Oxlade-Chamberlain in the center.

Jamie Vardy is up to three goals in four contests and he’ll get another in this one. Huddersfield still has a lot to look forward to, but its offense is not up to par with the Foxes. Leicester fared well against Chelsea and the side, but isn’t quite up to the standard that the top tier are. These teams, however, are clubs that Leicester should feed upon.

Spurs have impressed within the past week. Winning 3-0 on the road against Everton was followed up by a 3-1 win over Dortmund at Wembley. Swansea added Renato Sanches, but Tottenham has its own central midfielder in Victor Wanyama to control the match. This one won’t be close; Tottenham is getting back into form and the positive league record at Wembley will start here.

Arsenal ended up taking all three points in an impressive showing against Bournemouth with Alexandre Lacazette getting back into shape. If he can exploit Chelsea’s three at the back, this scoreline may be a tad different, but Chelsea is just getting started with this impressive campaign.

United dropped its first points of the season against Stoke, but are still tops in the rankings. This club is proving with each match that scoring isn’t going to be a problem this season. Everton have perhaps the toughest opening schedule of the Premier League, so take its first four results with a grain of salt, however, Rooney’s return to Old Trafford won’t be a happy one once the whistle blows.

Tier Five: The Long Way Off

Maybe Brighton is really deserving of this promotion. After no goals in three matches, I was worried for the Gulls and their chances at staying afloat in this league. However, a statement win over West Brom was the perfect way to realign this campaign. I’ve spoken of his efforts recently, but Anthony Knockaert deserves much of the credit for this win. He didn’t stuff the stat sheet like Pascal Groß, but he did deliver some key passes to set up many important chances. Groß is the MVP of Brighton’s first win, but Knockaert will push this squad forward in matches they may not otherwise show a chance.