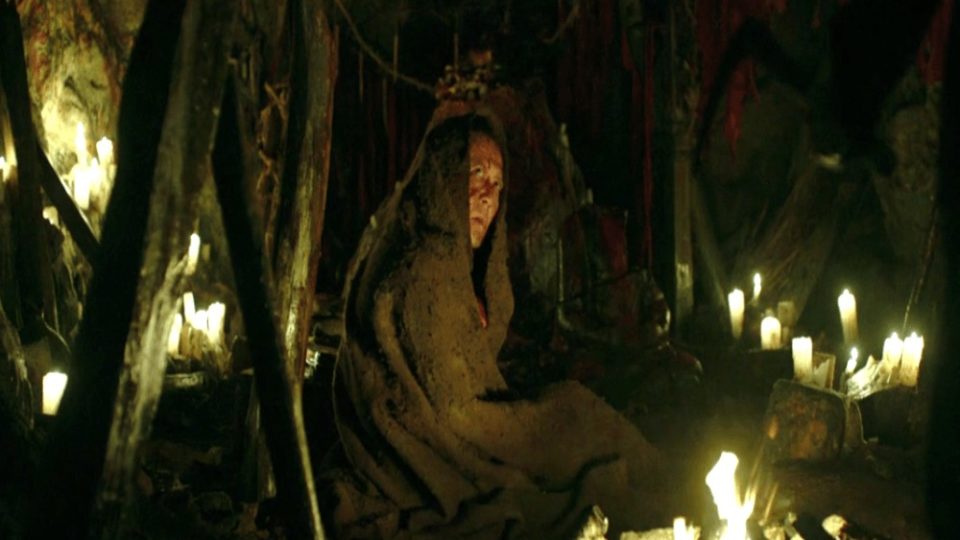 Sometimes I worry I am a bad movie watcher. No, I don’t have any inherent problem with foreign films, and I recognize that movies with large run times are not made worse just because they are long. You have to admit though, sometimes watching movies like these seems a little bit like homework.

The Wailing, a Korean film clocking in at over two and a half hours is not homework. I have been meaning to watch this film since its release last year and brief run at Film Scene downtown. Now that it has been staring me in the face on my Netflix que for a week, I knew the time had come.

I watched it twice in a row, back to back. Not because I wanted to write about it. It is just that engrossing. The Wailing, directed by Na Hong-jin, is most easily defined as a horror film. But like many successful films in the genre, it is great at bending and twisting itself to fit many different labels.

At its heart, The Wailing is a terrifying thriller following a small town policeman, Jong-goo. He investigates a series of mysterious crimes that all seem connected in the form of a strange illness that all of the perpetrators share. All of these incidents begin happening after an enigmatic Japanese man moves into the village, and become more personal once Jong-goo’s daughter appears to become infected with this dark malady.

Horror is hard to sustain for a long period of time however, and the movie is well served by an injection of other genre influences. The first forty-five minutes take on a very comedic tone, bolstered by Do-wan Kwak‘s performance as Jong-goo.

Jong-goo may be a policeman, but he is an everyman in the mold of Homer Simpson more than John McClane. He is constantly late to work, gets berated by his boss, and seems to be quite bad at his job. This performance serves to endear the audience to the character and makes the latter part of the film where his daughter is in danger all the more affecting.

As far as horror goes, The Wailing runs the gamut from body horror to zombie movie to demonic possession. It is amazing that with all of these aspects the film at no point seems overstuffed or jumpy. Many movies try to cross genres but with varying levels of success.

Where the film makes serious gains though, is in the second half revolving around the mysterious Japanese man in the village and a shaman that Jong-goo eventually hires to help cure his daughter. This large portion of the film appropriately dumps most comedic undertones and cuts viewers straight to the bone, in more ways than one.

There are gory scenes that wil strike more sensitive movie goers, while appeasing genre buffs. A constant conversation involving ghosts and whether or not certain characters are actually real also serves to keep the audience on their toes and guessing until, and past the end of the movie. After two viewings, I am still not 100% certain as to the exact sequence of events in the film.

Director Na Hong-jin did purposefully end the film with an air of ambiguity. While I do have a fairly definite structure in my head on what was happening, other viewers will have wildly different interpretations of what was actually going on from the middle of the film to the conclusion.

This uncertainty that the film is willing to plant in the viewer’s mind does not undercut the primary message or theme of the film. Indeed, the film is most powerful when viewed as a parable of faith. There are numerous religious overtones and references in the film, some more obvious than others. The conclusion, while somewhat logically perplexing, takes viewers to the edge of an emotional cliff and dangles them over the abyss.

This question of faith is incredibly powerful, and I am not a religious person in the least. The Wailing is an undeniable triumph of horror, tone, and theme. And now that I think about it, I may need to go watch it again.