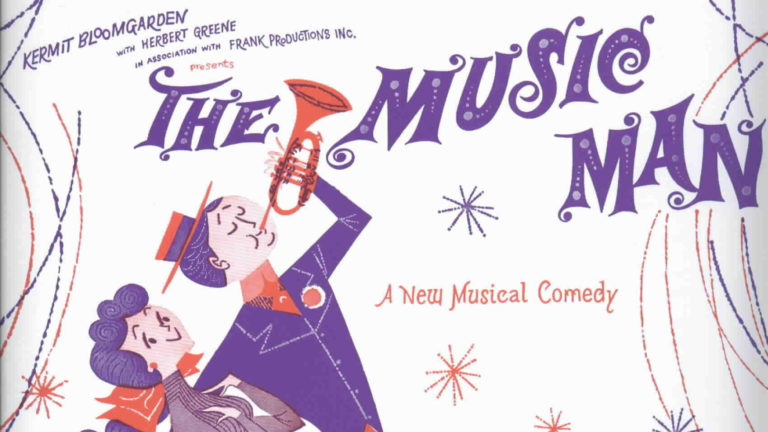 I have been brainstorming for months to come up with a column I’m calling Variety Show. Variety Show will be something of a journey and something of a process. I’m going to be listening to the top 10/20 best-selling albums of each decade, one album a week chronologically starting with the 1950’s and ending with the 1990’s and then writing about them. Writing about them is pretty broad, and that’s exactly how I want it to be. I want to be able to write about connections I draw between artists and their rivals/modern day “equivalents”, artists they’ve worked with, a period of time in my life, albums that are similar, etc. I want to do research on the albums and the people that created them, I want to know how they shaped culture/music or if they did at all. I want to know as much as there is to know about the albums and the artists, and I want to share my opinions on them.

There is so much diversity on the list of albums that I will be listening to. Some of which are AC/DC, Kelly Clarkson, The Sound of Music Original Broadway Soundtrack, Jimi Hendrix, and The Beatles (a lot of The Beatles). There’s so much that I haven’t listened to that has been influential enough to sell hundreds of millions of times, and that is sad to me. And so here comes the change that I have been longing for. I am excited for Variety Show, and I hope you enjoy. I’ll be starting with the Music Man Original Broadway Soundtrack.

The Music Man has a pretty impressive background. The original cast performed the musical 1,375 times and won five Tony awards, including Best Musical. The soundtrack won the first Grammy for Best Musical Theater Album and was on the Billboard charts for 245 weeks. For twelve of those weeks, it was #1. There have been two film adaptions (1962 and 2003) since the show stopped running on Broadway.

Overall, The Music Man is something I’ve only ever heard about in passing. I think it was referenced in Friends once, and my ten-year-old cousin has been obsessed with it for quite some time now. The numbers on the original Broadway soundtrack are stunning, but I’ve still never watched it or heard any of the music. It’s probably due to one of my long held secrets/unpopular opinions.

I honestly don’t really like musicals. If they’re just the right degree of cheesy/overrated I may love them, but only the film adaptions. I could recite every line of Grease, and the Sound of Music is one of my favorite movies, and Hairspray is the only way I can really stand Amanda Bynes anymore (“Without Love” is a banger), but I love these in spite of their classification as a musical. I probably wouldn’t even mention it if I didn’t have to write about a few more in the future (including Grease and Oklahoma!), so pretty please don’t come at me with pitchforks.

I do appreciate the musical as a work of art, however, even if I can barely sit through an entire performance. I cannot imagine the amount of work that comes with having to create the composition for the songs that melt perfectly with the plot that has to be written for the cast, along with performing it all live with an audience that will still come up with something that went wrong. The collaboration between different departments in a musical is crazy. That being said, I know that I can’t just look up “The Music Man” on Spotify and just listen to the music. I have to watch it in order to get the full effect. 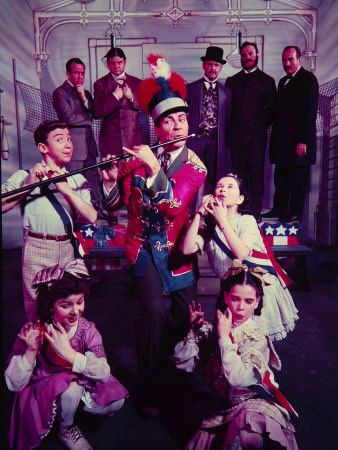 Unfortunately, it isn’t 1957 anymore and even if it was I probably still couldn’t afford a Broadway ticket. There also isn’t a recording of the original Broadway performance anywhere on the internet, naturally, so I watched the 1962 film rendition of The Music Man. I did my best to pretend that I was watching it on Broadway in the 50’s.

The premise of the musical is simple enough: a traveling salesman lands himself in River City, Iowa to scam an entire town into buying musical instruments to save their soon-to-be-corrupted youth. This corruption is supposedly going to ensue because of a pool table? Anyways this salesman, “Professor” Harold Hill, lays his eyes on Marian, the town librarian and piano teacher. He tries to woo her and (spoiler alert) eventually succeeds. She convinces the town not to tar-and-feather Harold after they inevitably find out that he isn’t a musician, but a salesman. The story finally (after two and a half extremely slow hours) ends with Harold’s change of heart, leading the town’s newfound marching band into the distance.

I am so sure that The Music Man would’ve been much more spectacular on a stage in every way. The recordings from the Broadway cast were light-years better than the film soundtrack. I loved how rhythm-based the songs are from the very beginning of the musical with “Rock Island” and throughout the musical with “Pick-A-Little, Talk-A-Little” There were also a ton of brilliant harmonies in barbershop quartet style in “Sincere” and “Goodnight”. The songs (mostly) all included brass instrumental backgrounds. The main title of the movie was spectacular, and was reprised at the end of the musical with “Seventy-Six Trombones”.

The musical overall is very predictable. The handsome man and beautiful woman end up together and the people end up content in their corn-surrounded town. The musical is also (naturally) very outdated. There are several songs that have sexist themes, and at least one very racist scene. A woman must have a man to make her complete, the librarian must go out with the salesman just because he’s asking, and of course Native Americans wore those headdresses all the time. You can’t really expect anything different from a musical that was written over fifty years ago, but it still makes me cringe watching it.

The verdict: The Music Man didn’t convince me to love musicals, but I wasn’t really expecting it to. I did find an album that was extremely calming to listen to, however. The voices on the Broadway soundtrack were extremely soothing, and I would listen to them again if I also wasn’t watching the play/movie. My favorite songs were by far “Main Title/Rock Island,” “Seventy-Six Trombones,” and “Pick-A-Little, Talk-A-Little/Goodnight.”

Listen to The Music Man Original Broadway Soundtrack on YouTube here or on Spotify below.

Variety Show is a weekly column that is in the midst of analyzing the best-selling albums from the 1950’s to the 1990’s. One of the top 10-20 albums from each decade will be reviewed, discussed and/or analyzed each week in chronological order. The column aims to draw cultural, musical, and other contextual connections between artists and albums over time, as well as go on a broad but refined journey. Next week we’ll be talking about “Hymns” by Tennessee Ernie Ford, the ninth best-selling album from the 1950’s.